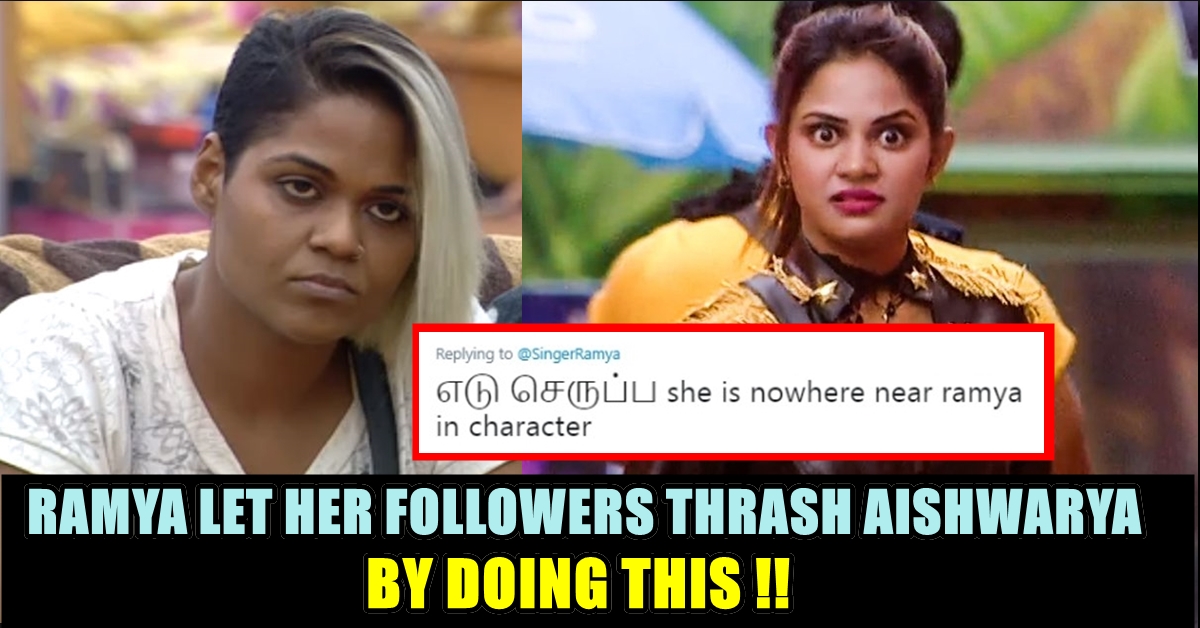 Bigg Boss Tamil 2 contestant Aishwarya Dutta was recently criticised for targetting contestants Bhalaji and Riythvika in a recent task. Netizens were not really impressed with her behaviour and now wants her to get eliminated from the house. 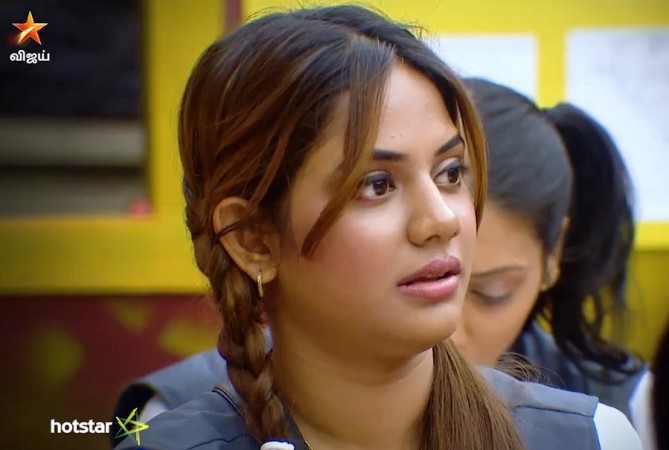 There was a task where Aishwarya was the dictator of the house and had all the powers to create new rules. During the task, a few clips were shown to Aishwarya, her adviser Janani and security Daniel where the inmates were seen commenting about her. In the clips, Balaji, Riythvika, Shariq, and Ponnambalam were talking ill about Aishwarya. After watching the clips, Aishwarya seemed to have gotten offended and got really furious and said a lot of things that did not come across well to the viewers. She decided to punish Bhalajie and the other inmates who spoke ill about her. Post this, Aishwarya had asked everyone to gather in the garden area but Bhalajie did not follow her instructions and that made Aishwarya even more furious. Aishwarya then ordered Shariq to throw garbage on Bhalajie to which Bhalajie reacted and told Big Boss that if anything wrong happens then he is not sure how he will react to it. Since Shariq did not follow Aishwarya’s orders, she went on to throw garbage on Bhalajie herself. Reacting to all this, Mumtaz broke down completely. In the next episodes of Bigg Boss, she did not gained any good name among Tamil audience as her deeds are not that much impressive. Ramya NSK the evicted contestant of Bigg Boss is actively using twitter and posting about Bigg Boss as well. Recently a twitter account which is named after Aishwarya Dutta wrote “She has seen struggles right from her tender age and fought against all odds, she made a name in movie industry without nepotism and also in BB without any background like @SingerRamya or others and her name is AISH. #BiggBossTamil #BiggBossTamil2 #BiggBossTamil2“

She has seen struggles right from her tender age and fought against all odds, she made a name in movie industry without nepotism and also in BB without any background like @SingerRamya or others and her name is AISH. #BiggBossTamil #BiggBossTamil2 #BiggBossTamil2 pic.twitter.com/GiB5nG0RV2

On seeing this tweet Ramya NSK replied immediately by asking audience opinion on the statement of that twitter user. She asked “So what do you guys think?” to her followers :

😉 So what do you guys think? https://t.co/KZTjgxfHZw

Here’s what they think :

Been through so many troubles nd getting raise is fyn.. but seen so many trobles nd learnt nothing out of it is wat she s doing.. No more sympathy for her..

Her success story would have been inspiring and interesting if she never behave like a third class bajari in #biggbosstamil2 .There is no name or fame for her in industry. And we can see why.Her attitude. A bad Attitude is like flat tire. U can’t go anywhere until you change it.

Kudos to her hardwork but she’s a devil..

Hahaha @SingerRamya what a sarcasm 😂😂😂

We think, that admin is poking you Ms.Ramya! Be out of this and I’m looking forward to hear your voice on upcoming movies… all the best 😉😎

Aishwarya has no name in the movie industry already even before bb2 started.

Though u had a background,u chose singing which proves u believe in ur skill.Aish has a supremacist attitude which will only bring her down in every step she takes.She wants to win in TN by abusing and treating TN’s ppl lowly.Everyone deals with struggles in life,not just her.

Very worst character… I m waiting for an opportunity to evict her… 😫😫
Bigg Boss is helping her from nomination.. but if she comes, we will make sure to send her where she belongs..😖😖😖#BiggBossTamil2

U was not very much expressive inside the house. If u had talked a bit more and contributed something to the show, u would hve been saved