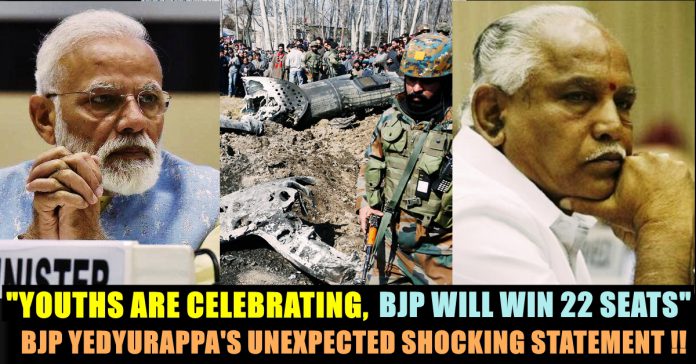 Facing criticism for saying Balakot airstrike will help his party win 22 seats in Lok Sabha polls, Karnataka BJP chief BS Yeddyurappa on Thursday clarified that his statement was “taken out of context” and that he only meant that “the situation is favourable for the BJP.” “My statement is being reported out of context. I said that ‘situation favourable for BJP’ which i am saying for last couple of months. This is not first time that I said BJP in Karnataka will win minimum 22 seats under the able leadership of Modi ji,” he tweeted.

My statement is being reported out of context. I said that ‘situation favourable for BJP’ which i am saying for last couple of months. This is not first time that i said BJP in Karnataka will win minimum 22 seats under the able leadership of Modi ji.

The Indian Air Force has avenged the Pulwama Tragedy of 14th February by taking down all the major camps of the Jaish-e-Mohammed militant group across the borders in Pakistan.

While this move has been celebrated by Indians around the country, the nation continues to be in an extremely vulnerable position as the threat of Pakistan retaliating hangs in the air.

Yeddyurappa, who is the chief of the BJP unit in Karnataka, on February 27 said the voters of the state, in large numbers, are apparently waiting for their turn to elect BJP nominees and re-elect Narendra Modi as the Prime Minister.

Speaking to media persons, he said the recent decision taken by the PM to conduct an air strike on terrorist camps has invoked the spirit of nationalism among youth and the people of the country — this spirit of nationalism, Yeddyurappa said, will galvanise voters to vote overwhelmingly in favour of the BJP. “The atmosphere….day by day, the wind is increasingly blowing in favour of the BJP. Yesterday’s (Tuesday’s) action of destroying terror hideouts by entering inside Pakistan has resulted in a pro-Modi wave in the country, the results of which can be seen in coming Lok Sabha polls,” the BJP leader said.

“Just now we got news that a Pakistani jet which tried to enter our border has been chased back. Pakistan has been taught a lesson, after 40 years PM Modi has done it. PM said we’d reply to every drop of blood of our soldiers and he has shown that today. Youth are celebrating; all this will help us in winning more than 22 Lok Sabha seats (in Karnataka),” said the former chief minister. The BJP has 16 parliamentary seats in Karnataka, the Congress 10 and Janata Dal Secular, two seats. 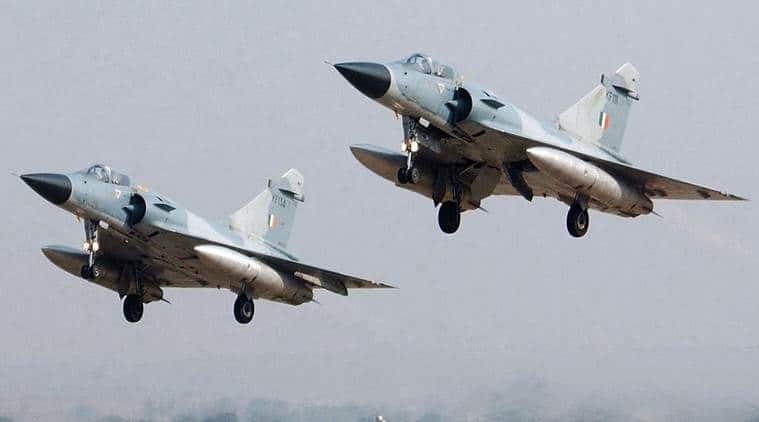 Check out his further tweets of clarification here :

I would like to clarify that my yesterday’s statement has been completely misinterpreted.
I have highest regard for our armed forces. I salute the bravery of our men in fighting for the country’s safety. 1/2

I stand along with my fellow countrymen and pray for the safe return of Commander Abhinandan Varthaman. To me, The Nation comes first and then the party. 2/2