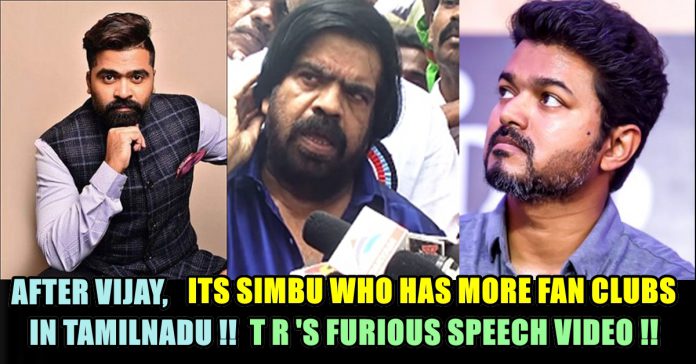 Vijaya Thesingu Rajendar, better known as T. Rajendar or T.R, is an Indian film actor, director, composer, screenwriter, producer, singer and playback singer.  He is also a politician in Tamilnadu.

Rajendar founded the All India Latchiya Dravida Munnetra Kazhagam party in April 2004 after he had been expelled from the Dravida Munnetra Kazhagam (DMK) party. Before expulsion, he was the propaganda secretary of DMK and was elected from Park Town constituency in the 1996 Assembly polls. He further supported the AIADMK in the 2006 Assembly elections. After those 2006 elections, the DMK came back to power and he was made vice-chairman of the Small Savings Scheme. He subsequently quit the post.

He said that he underplayed all these days only because of Dr.Kalaingar’s existence. He quoted the famous movie phrase “Thala irukkum pothu vaal aadakudathu” (When leader is performing, followers should be quiet) to address his motto. He said that he is not going to talk about his plans but he will show.

While one of the reporter asked about Vijay’s speech on sarkar audio launch, T. Rajendar said that “there is nothing wrong about what Vijay is doing. He has enormous number of fan clubs. After him Simbu is the one who has more number of Fan clubs”

“Thousands of guys might lift their collars to attract a girl, but the girl will see only the guy whom she wants” said the actor turned politician when a lady reporter asked about his opinion on lot of Cinema celebrities arriving into politics after Jalayalalitha nd Kalaignar’s death.

What do you think on his speech ?? Let us know your view on this !!