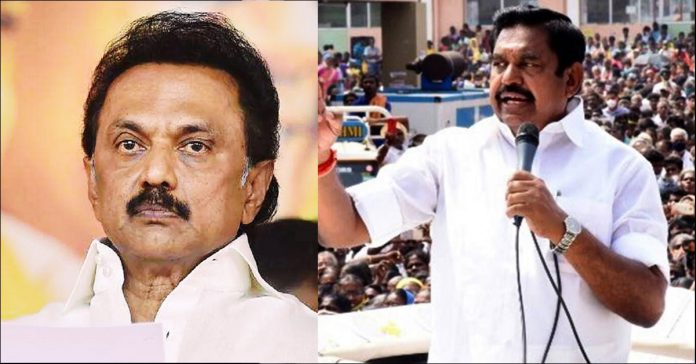 After the success of their previous campaign “Vettri Nadai Podum Tamizhagame”, ADMK has initiated a campaign named “DMK-kku Muttrupulli Vaippom” which is translated as “Lets put a full stop for DMK party”. The ruling party has initiated the campaign to make an awareness among public and people in social media about the hardship caused by the MK Stalin led party to the people of Tamil nadu.

The campaign which initially started in Twitter started spreading widely in all the social media platforms in a very short span of time. The intention of this campaign is to make people aware of the injustices such as electricity interruption, Land expropriating, the trauma people went through due to rowdyism, abuses of power, violations, corruptions caused by DMK.

“Vettri Nadai Podum Tamizhagam” campaign made people to know about the schemes implemented, activities initiated and the achievements made by the ADMK party in these four long years. Chief minister Edappadi K Pazhaniswamy met the people directly and listed the achievements he made through the campaign. Now, to let people know about the iniquities that took place during the governance of DMK, AIADM has initiated the “Lets put full stop to DMK” campaign.

Through the campaign, the party members are planning to talk about an issue every week with proofs and statistics. The campaign is scheduled to take place till the election day to make people who are going to cast their votes to think with her conscience before voting.

Previous articleActress’s Fitting Reply To People Spewed Hatred At Her For One Her Insta Posts !!
Next articleFormer English Players Getting Brutally Trolled For Their Tweets On Pant’s Century !!

After A.R Murugadoss, Vijay Again Going To Join Hands With This “Blockbuster” Director !!

Social media has been abuzz with news that actor Vijay will be joining hands with director AR Murugadoss for what will be their third...