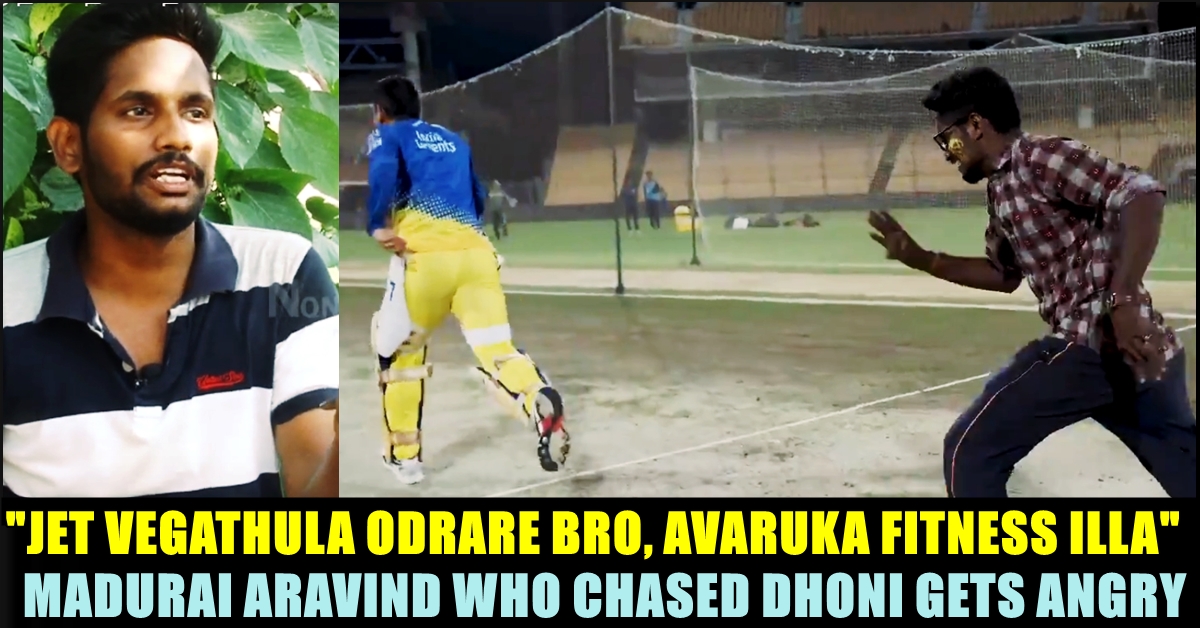 The sight of a fan running into the playing area to touch their idol’s feat or shake hands has become very common in India. But MS Dhoni, one of the most idolized cricketers in India, has turned it the whole thing fun for himself.

Recently, when a fan had come into the ground to touch his feet during India vs Australia ODI in Nagpur, Dhoni was seen running away from him until the fan got tired.

This time in Chepauk, after the practice match among the Chennai Super Kings players, Dhoni did it again. A fan had breached the security to meet CSK skipper, but in his surprise, Dhoni started running. He even involved bowling coach Lakshmipathy Balaji in it and had fun altogether. 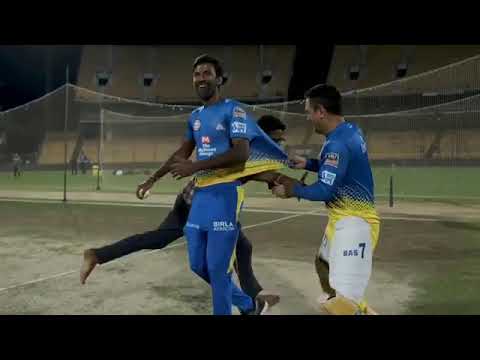 Dhoni has a really good fan base especially in the southern part of India. It was evident when he walked out in the ground during the practice match. The number of fans gathered to watch their ‘Thala’ play was huge.

Now a youtube channel named Non Stop Tamil , has interviewed Aravind who shared his experience after and while meeting Dhoni. Aravind who hails from Madurai had the plan to meet Dhoni in person, right from the night before the practice match day. Being a college student Aravind says that he decided to be a fanatic of Mahendra Singh Dhoni since the 2007 Twenty 20 world cup.

“I waited for Thala to come out from the nets as they(securities) would definitely catch me if I try to reach him while he is inside the nets. After two minutes of Thala came out from nets, I asked my elder brother whether to jump into the field or not. He said that it is up to me and I have to face the consequences. Then I jumped without hesitating” says Aravind with a smiling face.

Talking about the fitness of the former captain, Aravind who chased him inside the ground for a while says that no one has the right to talk about the fitness level of Dhoni. No youngster who is playing the game today has the fitness that could compete with Thala. “Though he is so near to me I couldn’t reach him as I tried to chase him. He is running in a jet fast. If he doesn’t stopped I would have been running all the time.” says Aravind who got angry on the critics who wants Dhoni to retire.

Aravind also reveals what happened after meeting Dhoni. He says that he was taken to custody in Triplicane police station by police officers. Aravind says about the support he got from the crowd once he was caught by the police officers. This is not the first time fan breaching security to meet Dhoni. Earlier in ODI against Australia a fan tried to reach him where Dhoni made him chase which went viral in social media.

What do you think on this Interview of Aravind ?? Comment your views below !!