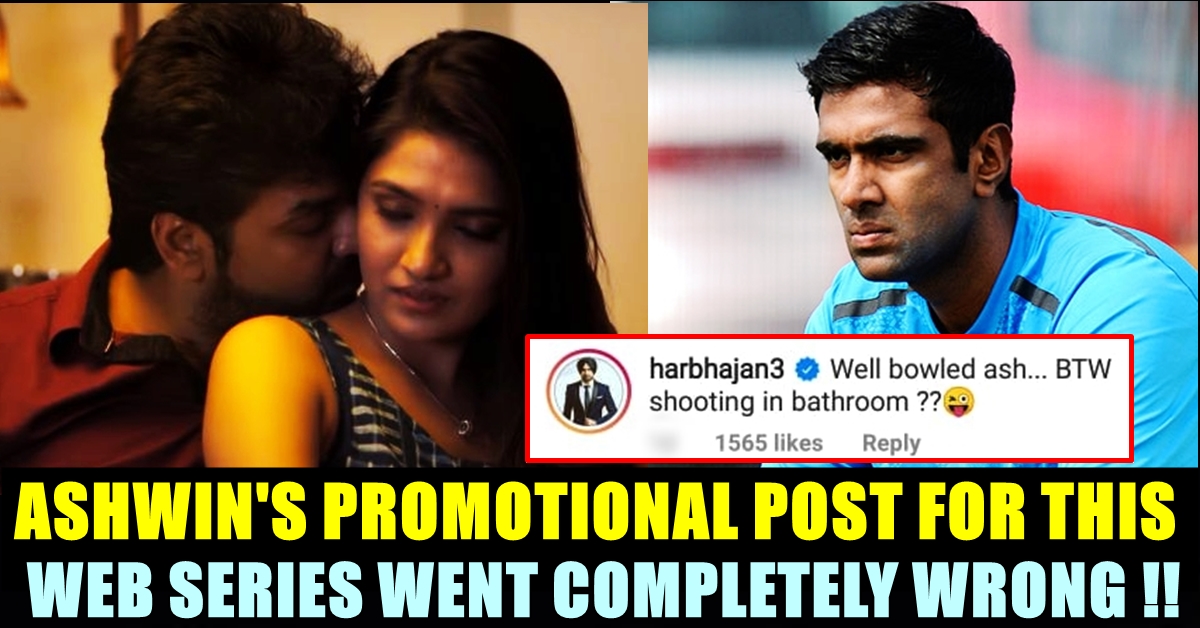 For promoting the recently released “Triples” web series, Ashwin got trolled by his own followers in Instagram. Though the off spinner displayed an exceptional bowling performance in the first test match against Australia, the recent video he uploaded in his official Instagram account didn’t go well with his own followers.

In an unexpected twist in the first test match between Australia and India, Team India’s batting line up collapsed like never before and got all out for just 36 runs. No Indian batsman registered a double digit score and made a record of being a team with lowest test total in an innings. It all started with Bumrah’s soft dismissal. He came in as a night watchman on the second day of India’s second innings.

Fans of India and experts couldn’t believe what they just witnessed which is evident through the feed of social media platforms. Virender Sehwag, former opener of Indian team trolled the batting performance of the team by writing “The OTP to forget this is 49204084041” in his tweet. The numbers he mentioned in his tweet are the scores of the Indian batting line up.

A day after India’s loss, Ravichandran Ashwin uploaded a video in his official Instagram account, promoting the recently released “Triples” web series. Triples, a romantic comedy web series was produced by Karthik Subbaraj and directed by Charukesh Sekar for Hotstar streaming platform. The series which stars Jai, Vivek Prasanna, Rajkumar consists of 8 Episodes, and got released on Hotstar on December 11, 2020.

Many Tamil cinema celebrities uploaded videos in their respective social media accounts promoting the series. Ravi Ashwin who is enjoying 24 lakh followers for his Instagram account, also uploaded a video endorsing the series. Though the cricketer said that he happened to witness the series while he was browsing the Internet sadly due to the match result, followers didn’t find it convincing.

“I was browsing the internet sadly without knowing what to do and saw this web series “Triples” in Disney Plus hotstar” said Ash in his video and compared the series to the works of veteran writer Crazy Mohan. “I completed binge watching the series which consists 8 episodes with 20 minutes of duration each and recommend you the same” said Ash and appreciated director Karthik Subbaraj for backing such a web series.

“For hardcore Kamal Haasan and Crazy Mohan fans, there are a lot of memorable references to discover from @disneyplushotstarvip’s latest show #Triples starring Jai and @vanibhojan_. I managed to catch a lot of them. Did you? Tell me in the comments section. #TriplesTheFun” read the caption of the cricketer.

Watch the video of him below :

After appreciating his bowling performance, Harbhajan singh trolled the cricketer by pointing out the location Ash was shooting his selfie video. Bhajji asked whether Ash is shooting from the bathroom to which he replied writing “HHahha!! The end of our wardrobe!!! But good spot!! Experience speaks👏👏😂”

Many other followers of Ashwin criticized him by saying that he posted it in a wrong time. “Yoww🤦‍♂️ Promotion panrathuku neram kaalamey illaya ya Yow😂” wrote one of follower whereas another one said “Bad timings. Both for the shot and the post.”

However, these kind of fans must realize that whatever happens Sun will raise the next day and life has to movie on. Let us hope for team India to make a better come back in upcoming tests !!