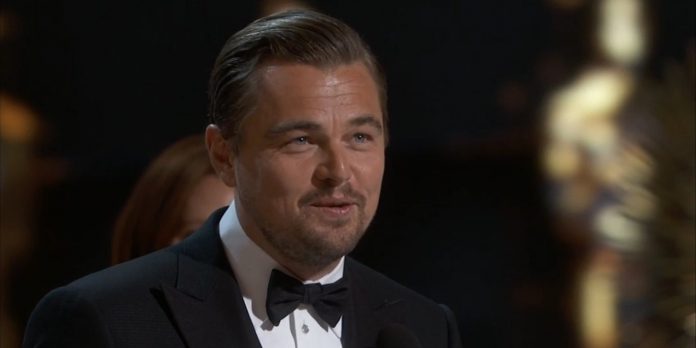 Leonardo DiCaprio’s Oscar win for best actor in “The Revenant” was his first win in the awards, after coming up short five previous times (four in the acting categories and once more for producing “The Wolf of Wall Street”).

He was first nominated for “What’s Eating Gilbert Grape” in 1994.
DiCaprio, who was favored to win this year, was graceful in winning, thanking his follow nominees and his costar in “The Revenant,” Tom Hardy, whom he called “his brother,” as well as the film’s director, Alejandro González Iñárritu (who also won for best director earlier in the evening).
The actor closed his acceptance speech by talking about a subject dear to his heart: the environment. DiCaprio has been vocal about climate change over the past year, and noted that 2015 was the hottest year on earth ever recorded.

“Climate change is real,” he said. “We need to work collectively and stop procrastinating” to help fix the environment.
“Let us not take this planet for granted. I do not take this night for granted,” he said before leaving the stage.
Source