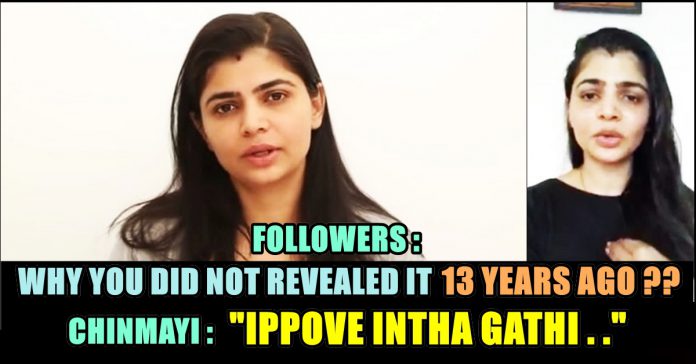 leading #MeToo sexual harassment campaigner, Chinmayi Sripaada has, apparently, been terminated from the Tamil Nadu dubbing union citing non-payment of the ‘subscription fees’ for the past two years.

Apart from singing her dubbing works are highly recognised by the Tamil audience. Her last film as a voice artist was “96” in which she lend her voice for actress Trisha. Now to our shock she tweeted that she has been terminated from dubbing in Tamil films because of not paying subscription fees for past 2 years.

The singer, who is on a concert tour in the US, took to Twitter to inform that her membership has been terminated without any discussion or written communication, and only a message was sent to her.

In a series of tweets, she mentioned that the recent film, 96 (in which she voiced for Trisha Krishnan) will be her last film as voice actor, if the termination were to continue. She went on to add that it’s indeed a good film to end her Tamil dubbing career.

Sooo given to understand that I have been terminated from the dubbing union. Which means I can longer dub in Tamil films henceforth. The reason stated is that I haven’t paid ‘subscription fees’ for 2 years though this hasn’t stopped them from taking 10% off my dubbing income

Anyway as of now it looks like ‘96 will be my last in Tamil. It is a good film to end my Tamil dubbing scene with if the termination were to continue.
Bye Bye!

Her tweets about her termination from dubbing Tamil films received so many reactions and it seems many of them againg asked Chinmayi about why she had not revealed or talked about her allegations against Vairamuthu 13 years back. 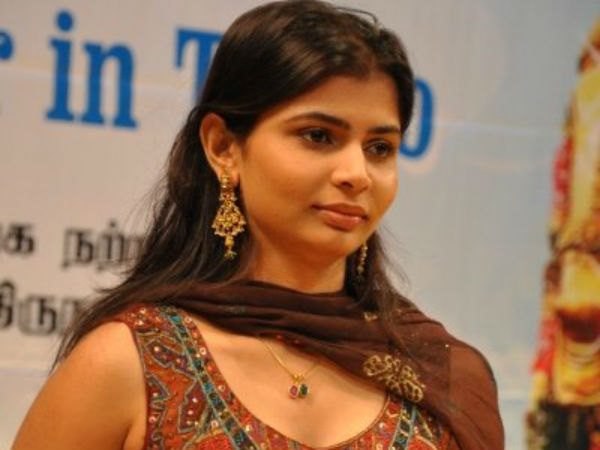 For this the singer seemed really frustrated and said “To all those who asked me why did you not speak up 13 years ago? Proof of what happens when women speak up. Ippove indha gadhi (Now itself the result is this so much biased). As if the system, society and everyone would have helped then”

To all those who asked me why did you not speak up 13 years ago? Proof of what happens when women speak up. Ippove indha gadhi. As if the system, society and everyone would have helped then 😂

This is the mistake you made. Whenever the sexual assault happens then and there the women should show their opposition. Then only people will believe and support them. Now after 14 years, how can you expect to get peoples’ support. The oppressors are there all the time.

Oh and yes let me know when you grow the gall to speak up against a man who is politically connected and powerful. Much thanks 🙏 😃😃😃

I don’t understand 1 thing. Wen u r fighting against 1 usual system u need to fight hard face all the consequences and come out!! Stop whining!! You know the consequences better make up ur mind and be ready to fight…

U could have ripped him apart then.. U should have filed a case.. Wat reception u would have received does not matter…

Please file a case against the accused, get on with the trial and let the court decide if they are guilty or not. Has court resumed working or they are still closed?

I know you won’t get any support from hypocrites like kamal, Rajini, vijay and rest 95% of tamil film associations.

It is really shattering to witness the series of tweets by Chinmayi reporting. Recently Chinmayi was the became most talked about celebrity  in the town due to the #MeToo movement she initiated in Tamilnadu by explaining how lyricist Vairamuthu harassed and threatened her. Chinmayi said that the incident happened during a music concert in Switzerland.

What do you think on her statement ?? Let us know by commenting below !!