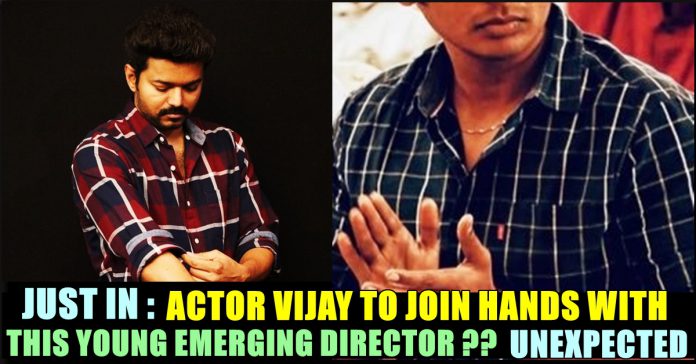 After Atlee, Vijay To Collaborate With This Young Emerging Director ?? EXCLUSIVE !!

Actor Vijay is busy completing the most anticipated project of him with Director Atlee with whom he collaborated two films in the past. In the meantime, the details of the next project of Thalapathy is doing rounds in social media.

Tentatively titled as Thalapathy 63, Vijay’s current project is gearing up as Diwali release. Vijay playing as a failed football player who turns into coach to train a bunch of girls in the movie.

The leaked pictures and videos of the shooting spot is going viral in social media in daily basis. After finishing this project actor Vijay is reportedly doing a film with Lokesh kanagaraj who rose to fame through his debut movie “Maanagaram”.

According to India Today, sources close to the actor revealed that the project will most likely be finalised in a couple of weeks. Reportedly, Lokesh has narrated a one-liner and Vijay seems to have been impressed with it. However, an official confirmation regarding the film is yet to be made. 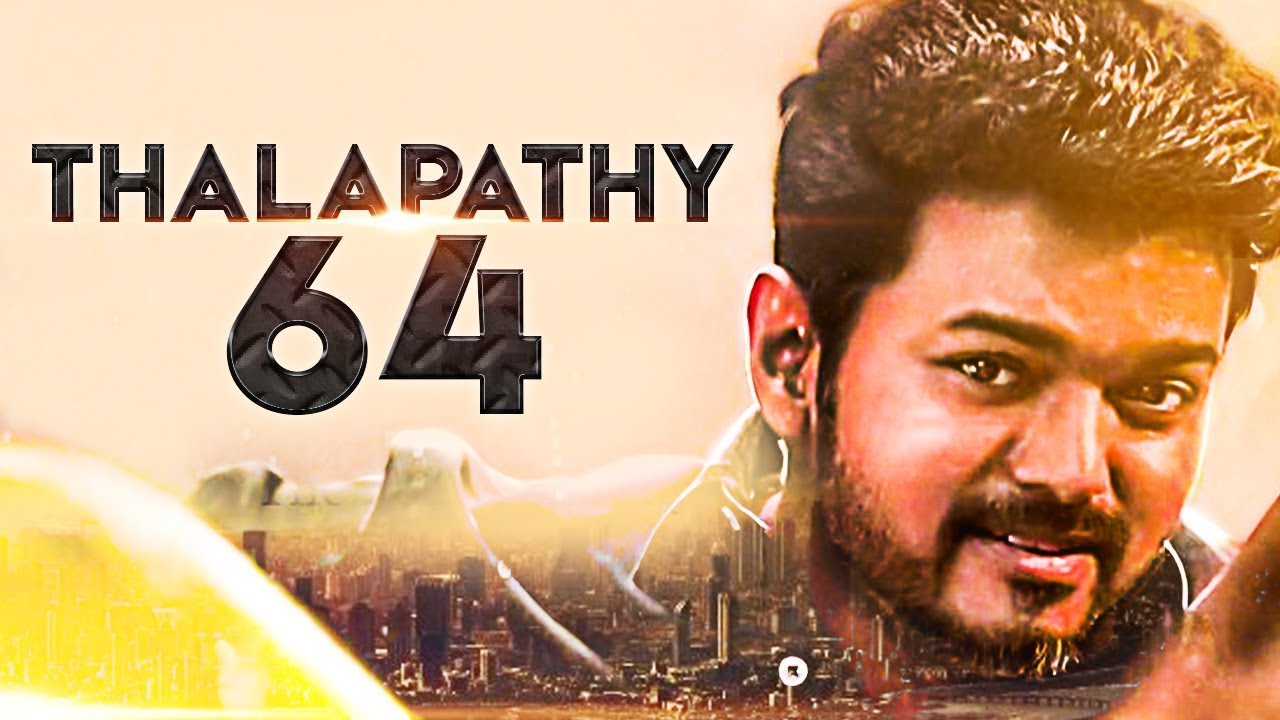 The first film of the director became massive success which had actor Sri and Sundeep Kishan in the lead. The director is currently doing a film with Actor Karthi. With the names of directors like Mohan Raja, Shankar, and even Atlee already doing the rounds for Vijay’s subsequent projects, this development has given rise to speculations that Lokesh might be directing the actor’s next, tentatively referred to Thalapathy 64.

The current movie of Lokesh Kanagaraj is said to be a prison drama which happens within four hours of time span. The movie does not have any heroine it is reported. As soon as the news of Thalapthy with Lokesh surfaced, fans started reacting to it in social media platforms. They also stating that Keerthy Suresh might do the female lead in the movie.

If everything goes well, #Thalapathy64 might be grabbed by #Maanagaram Director Lokesh Kanagaraj.

Latest Buzz :- #Thalapathy64 Will Have Just 50 Days Shoots..! Shoot Will begin In Dec / Jan..! Planning For a Huge Summer Release..! Dir – @Dir_Lokesh & Music Ani As a Front runner..! After THERI.. Thalapathy Giving Opportunity to a Young one..! 😎🔥

Well, What would be the genre of the film if these two join hand s together ?? Comment your views below !!

“I Take Print Outs & Screenshots Of Memes To Correct Next Time” Director Hari Opens On Trolls !!