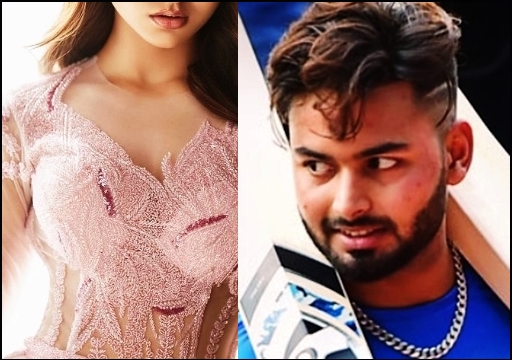 Actress Urvashi Rautela who is predominantly working in Bollywood film industry, trolled  one of her Instagram followers for trying to link her with happening Indian wicket keeper batsman Rishabh Pant. When the online user asked whether she watched the test century scored by Pant, Urvashi who is going to make her debut in Tamil through Legend Saravana’s film, hilariously trolled the user saying that she had seen the pant that everyone wears and saw the rate Rs. 100 which is written inside it. 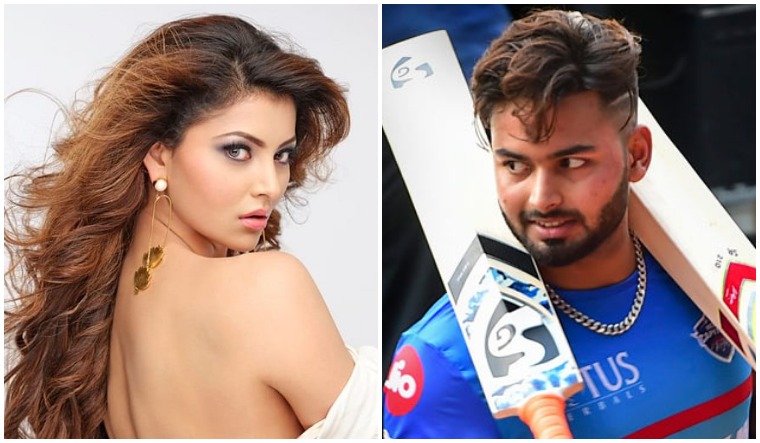 The user dropped such comment because the duo has been rumoured to be dating each other since 2018 after being spotted together on various occasions. Later, reports surfaced saying that they both blocked each other on Whatsapp. Hpwever, the left hand batsman is currently involved in a relationship with an interior designer named Isha Negi.

“I like me better when I’m with you” the cricketer captioned his post in which he was seen posing with his love.

Meanwhile, Urvashi Rautela is pretty much busy engaging her followers through her official Instagram account by uploading posts and videos. She is enjoying 45 million plus followers for her photo/video posting social media application. Check out some of her recent poss below :

In one of her posts, a follower, mockingly asked the actress about Pant, in a way of trolling her relationship with the 24 year old. “Have you watched Pant’s 100 ?” the follower asked by writing “Pant ka 100 Dekha ki nahi kal”

Here’s the screen shot of the comment and her reply : 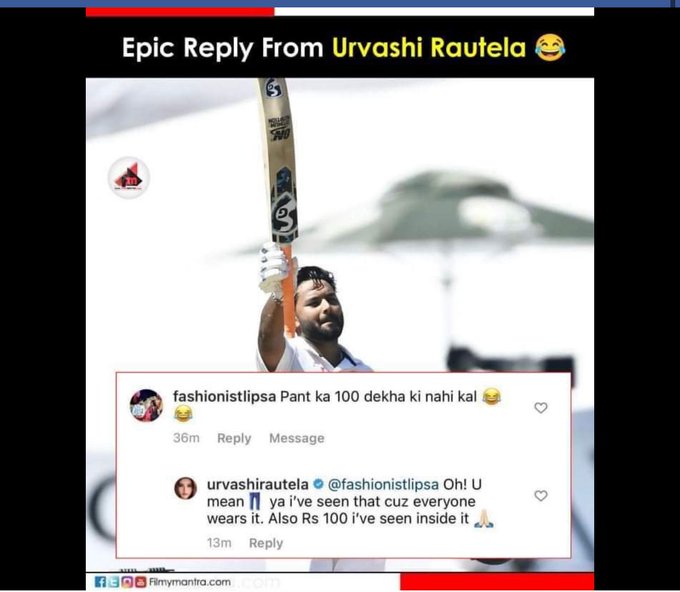 Check out some of the reactions that surfaced in the micro blogging social media site for Urvashi’s reply :

What has been written by Urvashi ji has tried to troll for the bandh, just nothing else.
Urvashi Trolls Rishabh@RishabhPant17 @UrvashiRautela pic.twitter.com/hFvT9BBbif

Its was an epic reply from Beauty @UrvashiRautela 😂🔥
Urvashi Rautela Trolls Pant pic.twitter.com/K13W71RvhQ

Urvashi Trolls Rishabh
She is so hilarious. Just love the way se replied to the troller. So funny 😂@RishabhPant17 @UrvashiRautela pic.twitter.com/jvGqYIUcL0

The contestants of Bigg Boss show is getting eliminated in weekly basis based on the votes they are getting. The show which has seen...

Liquor shops across the state continues to remain closed due to the extension of lockdown which was announced by our honourable Prime minister on...