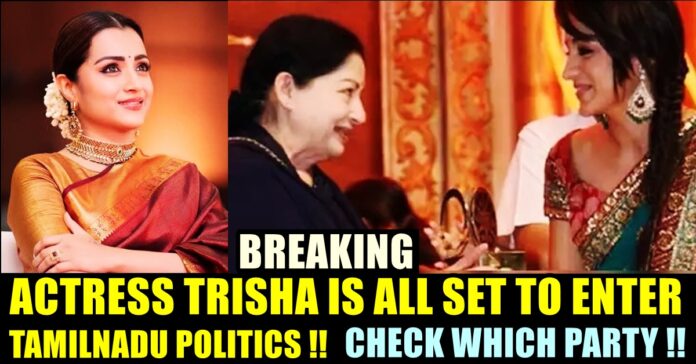 Reports about actress Trisha who has been acting in Tamil films since 2002 as lead actress, entering politics got surfaced and fans can’t keep calm after knowing about it. Though there is no official confirmation has been made by the actress yet, prominent news portals such as News 18, has reported about the news. Trisha is expected to make a comment on the reports anytime soon. 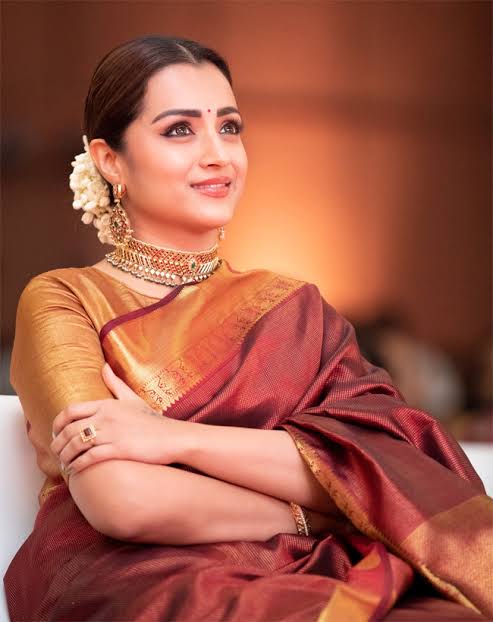 Trisha is one of the leading actresses of Tamil film industry who acting career spans more than 18 long years. She is also one of the very few heroines in Tamil film industry to last in Tamil cinema after debuting in 2002. The actress enjoys a huge fan following in social media platforms and is engaging her fans by posting her pictures and videos in regular intervals.

Last seen in a film named “Paramapadham Vilayattu” in the year 2021, Trisha is expected to appear in films such as “Ponniyin Selvan”, “Garjanai”, “Sathuranga Vettai 2” “Road” and “Rangi”. In the most expected Maniratnam directorial, the actress is going to reprise the role of Kundavai Ilaiya Piratti which took place in the “Ponniyin Selvan” book.

Now, to our surprise, a report surfaced saying that the actress is going to enter Tamil nadu politics soon. According to News 18, Trisha is all set to join the Congress party to serve the people of the state. The report also suggested that actor Vijay encouraged his “Gilli” co-star to debut in politics. It is notable that both the stars worked together in four films so far. Buzz about the actress pairing up with Vijay once again through his upcoming Lokesh Kanagaraj directorial is doing rounds.

Check out some of the reactions that surfaced regarding Trisha’s entry in politics :

Thalapathy Vijay is encouraging her to serve people by taking an active role in politics.

Now @INCIndia must come out of shadow of DMK and should start to strengthen organization.

Trisha Krishnan will be the next Urmila Matondkar of Tamil Nadu.
Save this tweet 🤣🤣🤣🤣🥳🥳🥳

Trisha is one of the most popular actress who does not require any introduction in the whole of South India.

I am heart broken considering how she will get trolled here 😥 https://t.co/4hfYPSCgVc

True Queen. Chose Congress despite the party being dead instead of BJP🔥 https://t.co/KLnAStqT1C

“Pure Hatred Against One Man” – Theatre Owner On Govt. Allowing 100 % Occupancy In Theatres

From Monday onwards, movie theatres from across the country will be allowed to have 100 % occupancy, announced government as a part of the...