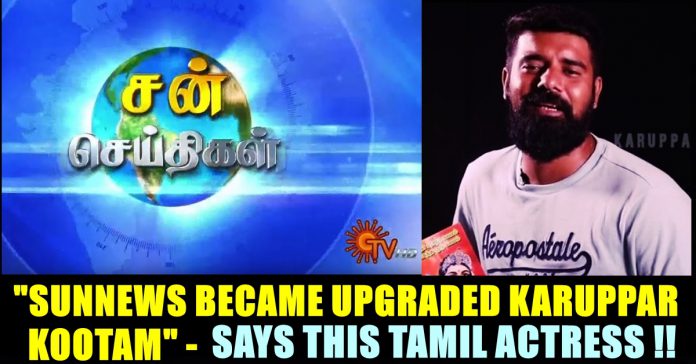 Senior journalist M Gunasekaran who was working in News 18 Channel, announced that he will be joining in Sun news on Friday. The channel is being run by Kalanithi Maran’s sun network and Gunasekaran, in his announcement said that he is going to join there as an Editor-in-Chief.

Gunasekaran resigned from News 18 on 31st of June after controversy over a letter written by Youtuber Maridhas to the management of News 18 in Delhi. Maridhas, in his letter alleged that several journalists who are working in the channel including Gunasekaran belong to DK, DMK political parties and supporting them indirectly. Maridhas said that they adopted anti-Hindu stance in his letter.

Gunasekaram denied the allegations of Maridhas and the youtuber was directed to delete all his videos when the news channel reached court accusing Maridhas for defaming their channel. Now, after joining in Sun news, Gunasekaran thanked viewers and acquaintances who lent their support after his resignation.

“I am delighted to share the news on my joining in Sun news as editor-in-chief. I was moved with the immense support I have been receiving all these days. Truth, Justice and People’s well being are the primary principles of journalism is my belief and I intend to say it louder one more time.” said Gunasekaran in his post who thanked viewers, students, professionals, teachers, political leaders, film and literary personalities, bureaucrats, lawyers and his fellow journalists.

“I knew Tamil nadu is an unique state but the constant support extended by the people made me understand their uniqueness emotionally too. More than considering this support that is provided to me, I consider it as a recognition from the people for true journalism. I realize people will shower their love to those who are representing poor and needy.” said Gunasekaran who thanked Kalanithi Maaran for the opportunity, He also took oath to high quality professionalism through his post.

“Karuppar Kootam” is a youtube channel that got caught in a controversy after posting a video making derogatory comments against Lord Murugan’s “Kandha Shasti Kavasam”. They were forced to take their videos down and the supporters of BJP party highly believe that Gunasekaran was supporting them indirectly.

In the video, the narrator Surendar Natarajan said that people who belongs to Hindu religion are seeking Lord Murugan’s help for inappropriate problems such as saving each and every part of the body. This irked the people who belong to Hindu community and various groups started staging protest against the channel.

Reports on actor Babloo Prithviraj who is known for predominantly appearing in Tamil television serials and movies getting married to a Malaysia based 23...

Harbhajan Singh has replied to the tweets of the Kollywood celebrities in Tamil. The exhilarated fans have been reacting and sharing their comments on...