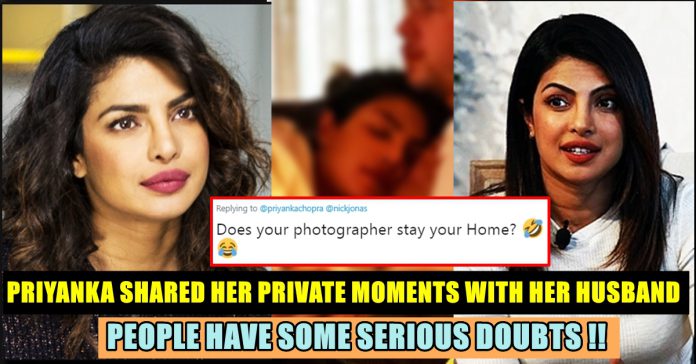 Actor Priyanka Chopra and her singer husband Nick Jonas are off to their yet another adventure with their family. The couple, along with the Jonas brothers and a few more family members including Priyanka’s mom Madhu Chopra and Joe Jonas’ fiance Sophie Turner, are stationed in the ski resort town of Mammoth Lakes, California and their fun pictures can make anyone turn green with envy. 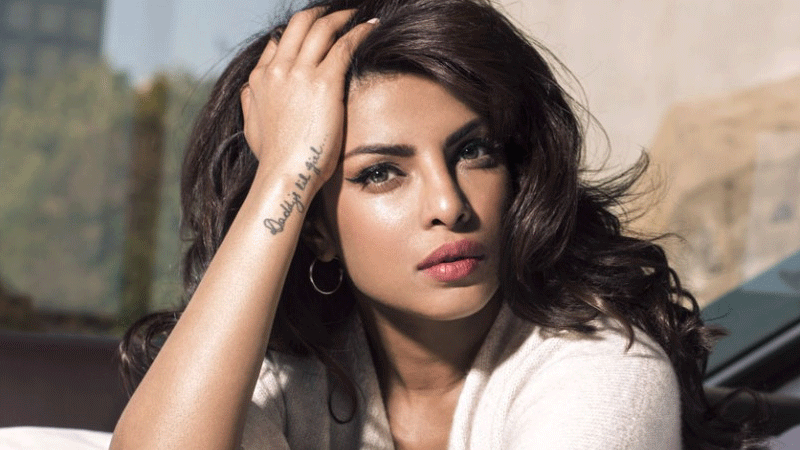 Continuing the generous flow of pictures from their vacation, Priyanka shared a few glimpses of her fun moments on Instagram. She can be seen playing with Nick and her mother in the snow and captioned the pictures, Winter diaries.. family.”

She later shared sweet picture captioned “Home,” with Nick as she slept peacefully in his arms.

The actress got extremely trolled for this post as her followers doubted whether they both are having their photographer along with her 24/7. Check out some of the hilarious reactions here :

Does your photographer stay your Home? 🤣😂

You have a photographer 24 hours with you! 😳

@priyankachopra what all places do u take ur photographer along….

Who is the third person taking photos? https://t.co/8AbG9g0CRc

But then there is another person in the room. Taking pictures.

Home along with a photographer.

U have a photographer inhouse

Do you have a photographer in toilet and bedroom also? Dumbos

Just curious to know, who is clicking!!

Photographer lives with you too? In ur bed room?

Why do u have photographer everytime with u…spend some time without photographer… U both will feel good..

Modern life , photographer every where to capture every moment 😂😂

They share their lives on social media, it’s a common thing to do. They aren’t rookies!

Nick and Priyanka had tied the knot in elaborate twin ceremonies in accordance with Hindu and Christian rituals at the Umaid Bhawan Palace in Jodhpur last December. The two went on throw three lavish wedding receptions thereafter, one in Delhi and two in Mumbai. Recently, Nick’s parents threw a small reception party for the couple in Charlotte, North Carolina. 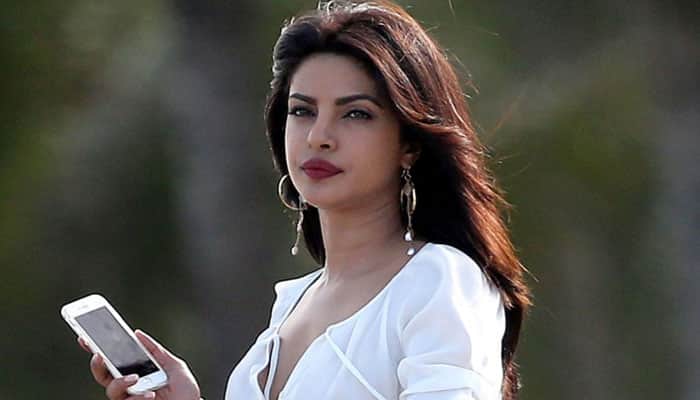 On the work front, Priyanka will now be seen in Bollywood film The Sky Is Pink, being directed by Shonali Bose. Her Hollywood film Isn’t It Romantic will arrive on Netflix on February 28. The actor will also star and produce the biopic of Ma Anand Sheela, a former disciple of Osho’s.