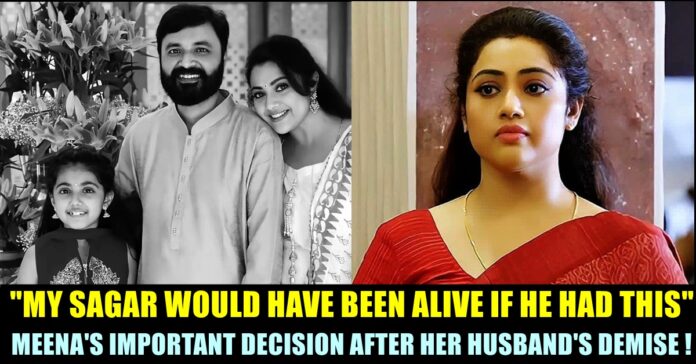 Renowned actress Meena decided to donate her organs after the demise of her husband Vidyasagar. The actress said that her husband Sagar would have been alive if he was blessed with more donors and influenced her fans and followers to do the same. Meena believed that the donation of organs doesn’t end within the donor and recipient but greatly impacts friends, family and colleagues. She made the pledge on the day that marked World Organ Donation Day.

“There is no greater good than saving lives. Organ Donation is one of the noblest ways to save lives. It is a boon, a second chance for many who’s battling with chronic illness which I personally went through. Wish my Sagar was blessed with more donors which could have changed my life!” the actress said through her post.

“One donor can save 8 lives. Hope everyone understands the importance of organ donation. It’s not just between the donors and recipients and doctors. It greatly affects families, friends, colleagues and acquaintances. Today, I am taking a pledge to donate my organs. The best way to make your legacy to live on” She further wrote in her post.

Adding the post, the actress wrote “On this World Organ Donation Day, I pledge to donate my organs. I request you all to look it up as well. 🙏🏻” as the caption of her post.

Actress Meena who has been grieving over the demise of her loving husband, has received the support from her friends from the film industry. Actor Rajinikanth visited her house to pay his last respect and to console the actress with many more celebrities attending the funeral which took place at the Besant Nagar crematorium in Chennai at 2 PM on 29th of June. Entire film industry including Super star Rajinikanth, actress Khushbu, actor turned politician Sarath kumar mourned over the demise of Vidya sagar.

Meena married Vidyasagar, a Bangalore-based software engineer, on 12 July 2009 at Arya Vysya Samaj Kalyana Mandapam. The couple has a daughter, Nainika Vidyasagar who made her acting debut at the age of 5 in “Theri” alongside actor Vijay. The report about the demise of the actress’s husband has sent shock waves to the fans and the people of film industry. It is notable that the entire family of the actress infected with COVID 9 virus last year. 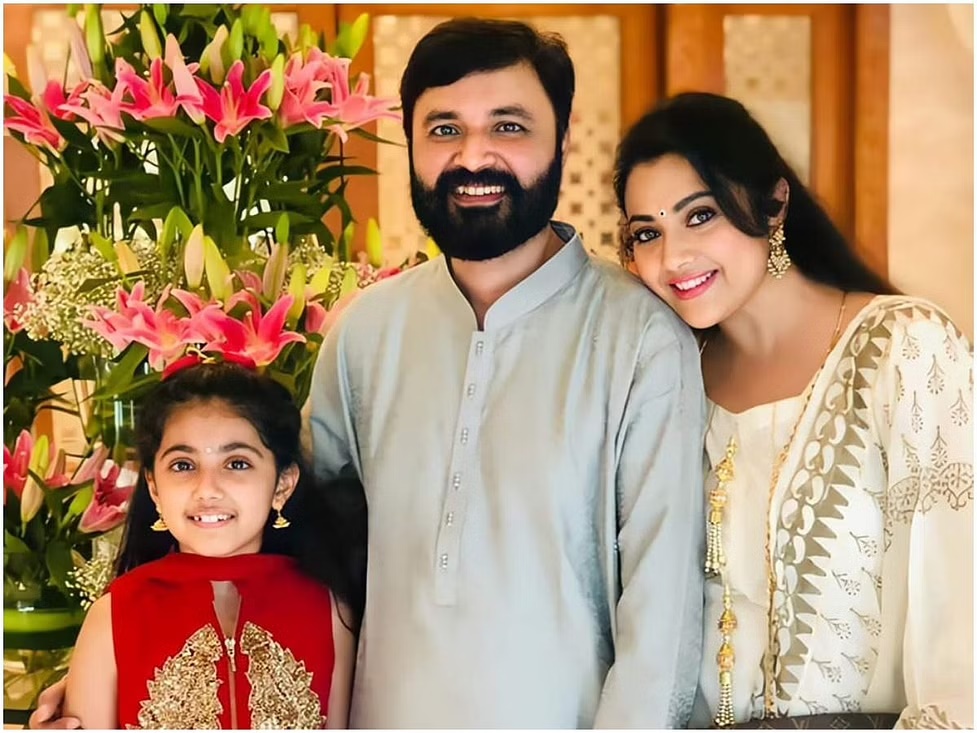 “It would usually take more time to get lungs from those who are brain dead. While waiting for the lungs, Doctors tried to cure him without operation. But he didn’t respond to the treatment and his health got worsen day by day as a result of which he died today” the source said, according to Anandha Vikatan. While Vidhyasagar was getting treatment, former Medical department secretary Radhakrishnan visited the hospital and was monitoring the treatments provided to him, said the reports.

First Tamil Movie To Be Premiered With Pay Per View Method !! Reactions Pouring

Aishwarya Rajesh and Vijay Sethupathi's "Kanavar Peyar Ranasingam" will be getting a direct online release on pay per view portal Zee Plex. The film...

Swimming Coach Flogging This Girl In Swim Suit !! Parents Have No Complaint At All !! SHOCKING !!

Video of a swimming coach purportedly flogging his teenage girl student with a belt-like object at the city-based Rajpath Club has gone viral on...