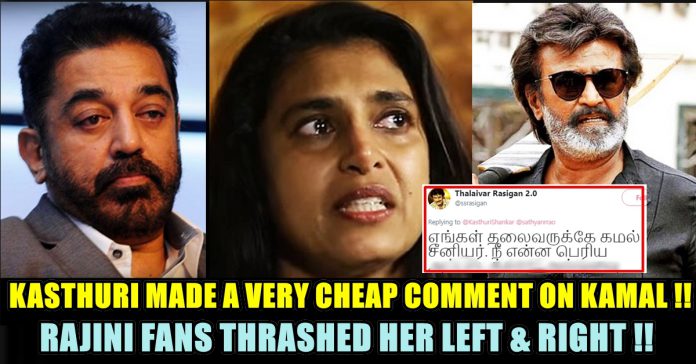 “What is extremely interesting to note is that while we speak about India, at the same time there are many Indians who are told it is not cool to be patriotic,” Irani said at the Republic TV Summit here.

“Why would you shed a tear when the national anthem is played, why would you want to stand? In fact, the best way to celebrate the democracy is by saying ‘Bharat ke sau tukde hoge’ and I disagree with it,” she added.

Her response came after journalist Arnab Goswami read a quote of Irani, where she said she loves the country and there is “nothing regressive, saffron about it”. The minister said she stood by the statement and was not “apologetic” about it.

“Why should an Indian be apologetic about being patriotic or loving their country or flag in this very country? Why would you divide us by saying ‘your sense of nationalism is a bit communal and mine is more secular’. I think that’s a big abomination in terms of nationalism and patriotism how I perceive it to be…,” she said. She was speaking as part of the debate between her and actor-politician Kamal Haasan.

When Goswani asked Haasan about one of his past statements wherein he had said he doesn’t like patriotism being tested at random places, the actor said, “When you play national anthem in cinema theatres, that’s not the place to test it.”

Well the debate hosted by fiery journalist Arnab Goswani did not went by the side of the veteran actor at all. Infact at times, the audience who made their presence at the hall booed at Kamal. In social media and in many media portals declared Smriti as the winner of the debate.

Meanwhile actress Kasthuri who is known for few Tamil films and for her controversial tweets receiveing heavy backlash from Kamal Haasan fans for her disgusting reply for a twitter user. And the interesting part is, for her abusive reply against Kamal Haasan, Rajinikanth fans also emerged and thrashed her. 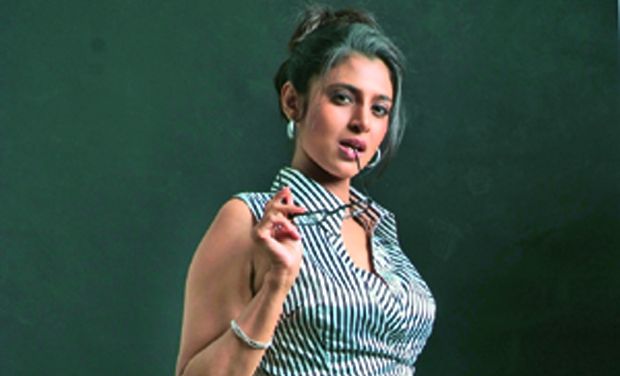 In this tweet a twitter user named “Sathya” asked about the debate between Kamal Haasan and Smriti Irani by commenting “Well while talking about media did you watch our respected kamal sir got ripped in Republic Summit by Mrs Irani and Arnab? he was in sorry state ill prepared thank goodness it was not Swamiji he would have ate him like he did it for Prakash Raj few months ago…..kuch bi”

Well while talking about media did you watch our respected kamal sir got ripped in Republic Summit by Mrs Irani and Arnab? he was in sorry state ill prepared thank goodness it was not Swamiji he would have ate him like he did it for Prakash Raj few months ago…..kuch bi

For his comment Actress Kasthuri, in a most disgusting way said “Yes. It was tragic to see Kamal being gang raped by Arnab and Smriti Irani.” irrespective of the actor’s age and respect.

Yes. It was tragic to see Kamal being gang raped by Arnab and Smriti Irani.

This reply instigated the twitter users in a big time and created major controversy. To our surprise more than Kamal fans, it is Superstar Rajinikanth’s fans came in forward to thrash the actress who got thrashed by the fans of Ajithkumar last week.

Don’t talk abt sexual harassment if ur going to use such words in the public forum.

KH has more knowledge than smirti both in cinema and politics, Legends speaks less and are not in jibber jabber like smirti. Take back ur words.

I don’t think the word used is necessary here..All said Kamal is an achiever in the cinema field..This i think is your way of seeking attention..In case you are better, then come to politics and prove.. Strongly condemn the word used.@kaadhale_aadhal @AmiVenkstesh

Please apologize to Kamal for this cheap word..Pls think who you are in front of his achievement in cine field.

🤦‍♂️Not at all a decent way to put forth your views.

You have zero respect from any fan camp🤦‍♀️🤦‍♀️🤦‍♀️ Guys report her tweet. Your choice of words are too cheap (as always).

Half-witted.. How come you use “gang rape” ?
What have you done rather than seeking publicity in Twitter?
Difference of opinion is appreciated.. But calling a public figure by abusive words is totally stupid..

Nice to so many Thalaivar fans defending Kamal, despite all the drama and differences between us.

Are you not ashamed?

U can blame but not like gang rape word.
Give respect

As a celebrity you don’t know how to make tweets

What you meant “Gang raped” What you can do If kamal’s fans use such words to you? Better go off twitter✋

Madam, mind your words and give respect to the elders, we all know that you always tweet some rubbish for publicity, but the word “gang rape” is too cruel for any format.
Delete that tweet, ask for apology tagging @ikamalhaasan and meet any psychologist immediately.

Apologize to Kamal asap. Its an awful thought to use ‘rape’ word like this.

Even after these comments surfaced Kasthuri answered another fan in the same way :

U didn’t see the decorum what Kamal is maintained. U didn’t see a invited for Narrative & intentionally turned it to Debate. U didn’t see Arnab’s divertion and Smriti’s interference. U didn’t see as a paid BJP media’s to kill a loyal person’s personality. U saw a Rape. WTF lady.

yes, I saw a rape, and the victim was kamal. Do you dispute that?

Actress Kasthuri and Kamal Haasan acted together in the film Indian as father and daughter/ brother and sister is notable. How do you see these comments by Superstar Rajinikanth fans ?? Comment your views on Kasthuri’s stand !!