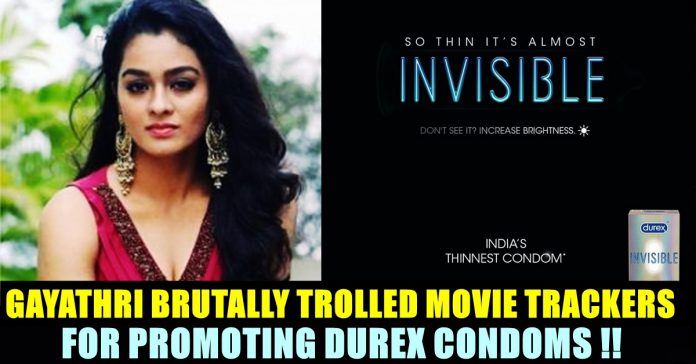 All of our plans to improve our financial status in 2020 tumbled in front of our eyes due to this Lockdown implemented by our government as we are having a deadly virus which killed more than 11 lakh people across the world at our doorstep. Many people are looking for alternative ways to stay afloat in this Global pandemic. We are even witnessing people who are switching careers altogether to survive.

Recently, a Hyderabad based software engineer lost her job due to the global pandemic caused by COVID 19. She immediately decided to switch her career and sold vegetables to make her ends meet. A popular Australian car racer named as Renee Grace went one step ahead and switched her career and became a port star to ear money amidst lockdown restrictions.

In the comment section of the tweet, other prominent trackers such as Kaushik, Siddharth Srinivas and others promoted the product.

This is really very very innovative from #DurexInvisible

On seeing this tweet from Ramesh Bala and the replies it received, actress Gayathri who is known for pairing up with actor Vijay Sethupathi in films such as “Naduvula Konjam Pakkatha Kanom”, Super Deluxe”, “Puriyaatha Puthir” posted a reply tweet trolling them.

She said that the trackers has discovered the strategy of netizens who are interested in reading comments and started promoting in the comment section. “I’m here for the comments” gang, Namma strategy kandu pudichtaanga! Comments section leyum promotion thaan.. You can thank me later..” her witty tweet read.

Along with the filmmaker and actress, a number of twitter users also captured screenshots and made fun of the ads. However, promoting a product like condom has nothing to be ashamed of as it is a much needed one for a country like India, population of which has crossed 135 crores as of today.