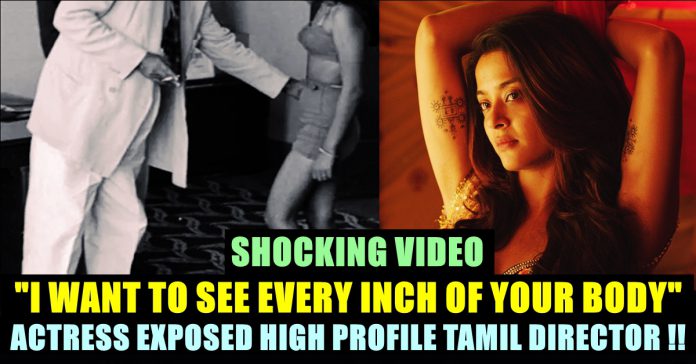 Actress Surveen Chawla is known for the TV show Kahiin to Hoga and went on to act in a number of small-screen projects. She also featured in Telugu, Kannada and Tamil films apart from Bollywood movies. Recently, she was seen in Netflix’s popular series Sacred Games as Jojo Mascarenhas — the pimp and friend to Nawazuddin Siddiqui’s Ganesh Gaitonde.

The actress, to our shock now revealed about dark moments she has faced in the earlier days of her career. The actress opened up on casting couch and said there was a time when a director wanted to see how her cleavage looked, and another one was interested in her thighs. She revealed that the actress had to face the casting couch five times in her career span, thrice in South filmdom and twice in Bollywood.

Surveen then started to open up on the issue she faced with a high profile Tamil director who is also a national award winner. She said that she attended the shift audition in which she did 7 am to 7 pm audition in order to act in the film. After doing that audition, Surveen went back to her home and was little unwell. Suddenly, the director who auditioned her offered to go to Mumbai to take care of her which was completely weird to Surveen.

“The director’s friend spoke to me after that as the director could speak only Tamil. He said to me that the director wants to understand me before working in the film. And then he suddenly said that it will last only till the end of the film. He said that I can stop it once the film is over. I said that it he is knocking on the wrong door and turned down the offer. That film didn’t happen” she said.

Surveen Chawla has acted in Tamil films such as Moondru Per Moondru Kadhal and sequel of Arjun’s Jai Hind.

Previous articleTamilnadu Woman Locked Up & Tortured In Kuwait !! SHOCKING VIDEO !!
Next articleBREAKING : KAVIN Got Out Of BIGG BOSS ?? CHECK OUT THESE SHOCKING REACTIONS !!