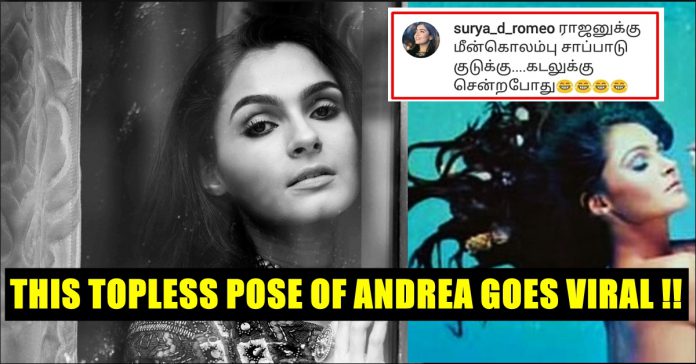 Andrea Jeremiah  is well known face for Telugu and Tamil  audiences. She made her Telugu debut with Tadakha, directed by Kishore Kumar Pardasani, who directed Konchem Ishtam Konchem Kashtam earlier. The movie was released in 2013. The bold actress, whose bikini pictures had gone viral recently, has done a bold photo shoot. Andrea Jeremiah has gone topless for a Calendar. She looks ethereal as a mermaid. The actress has raised the heat with her latest bold picture from her recent photoshoot. 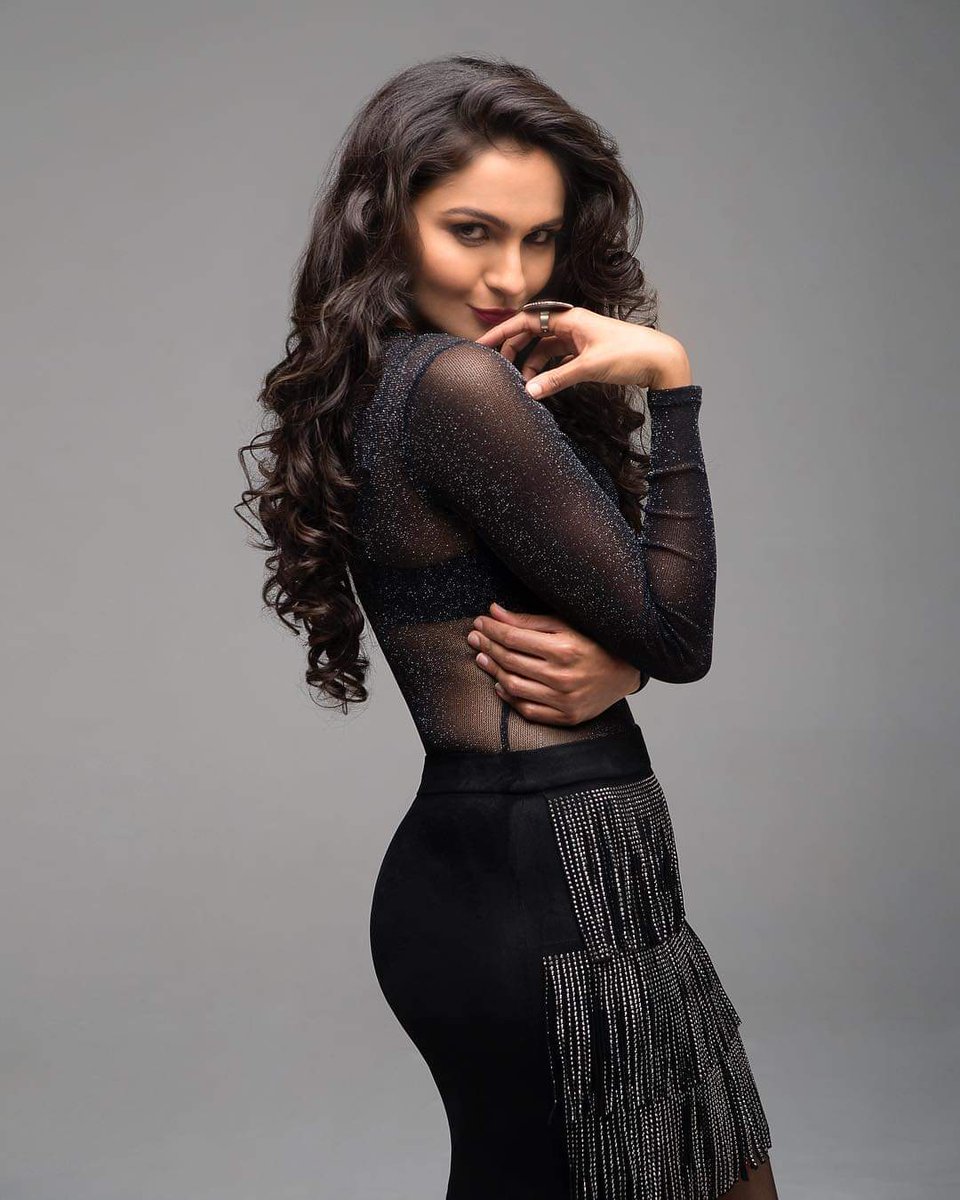 The multifaceted talent has raised the temperature as she went topless for the bold shoot. She revealed the oh-so-hot photo on Instagram and wrote, “Here’s the first look from my calendar shoot for @jfwmagazine ‍♀️ shot by the amazing. [sic]” Photographer Sunder Ramu captured her beauty in his lens.

Andrea’s new look has been overwhelmingly received by her followers on Instagram. Of late, the actress has been sharing hot and happening pictures of her on social media sites. 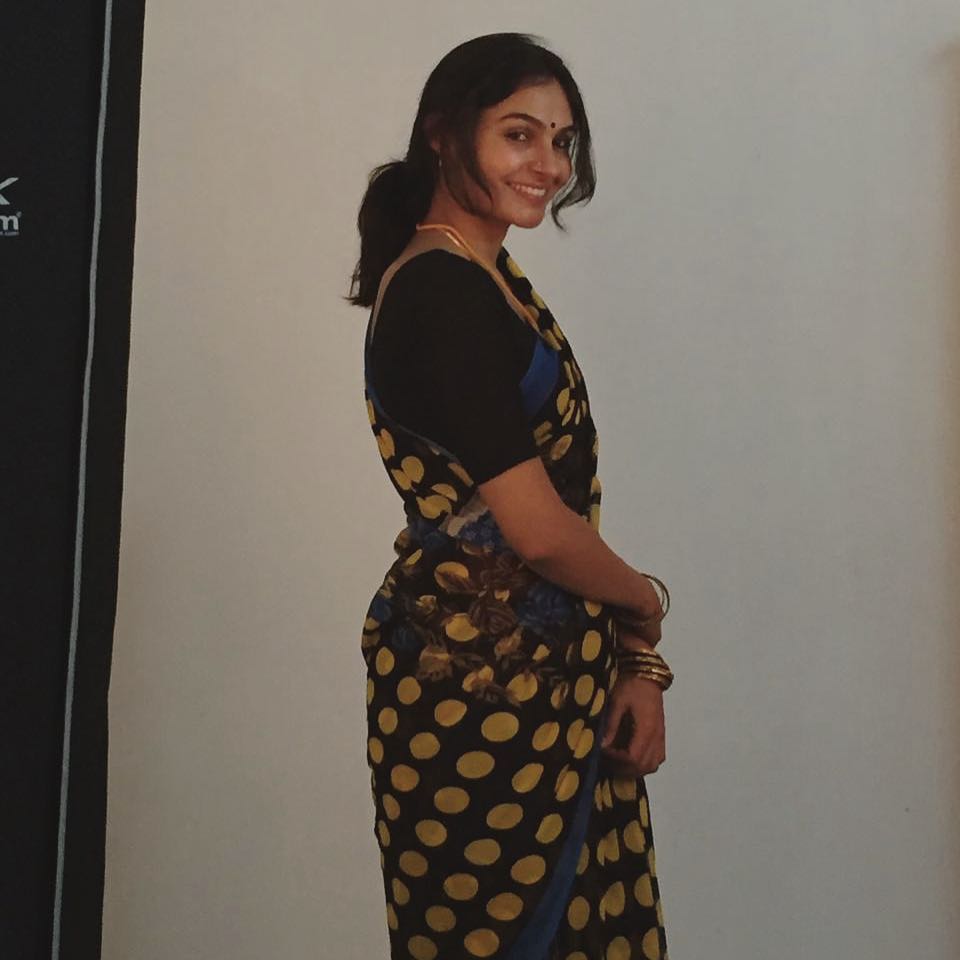 She had posted a few pictures of her in bikini and swimsuit during her Vietnam trip for Christmas and New Year. Those pictures had gone viral on social media sites.

Check out the reactions for her sensational photoshoot :

On the professional front, Andrea, who was last seen in Vetrimaaran’s Vada Chennai, is acting in a thriller film titled Ka. The actress, who has acted in over 25 movies, has become choosy in the recent years and picking up roles which offer her to showcase her acting prowess. 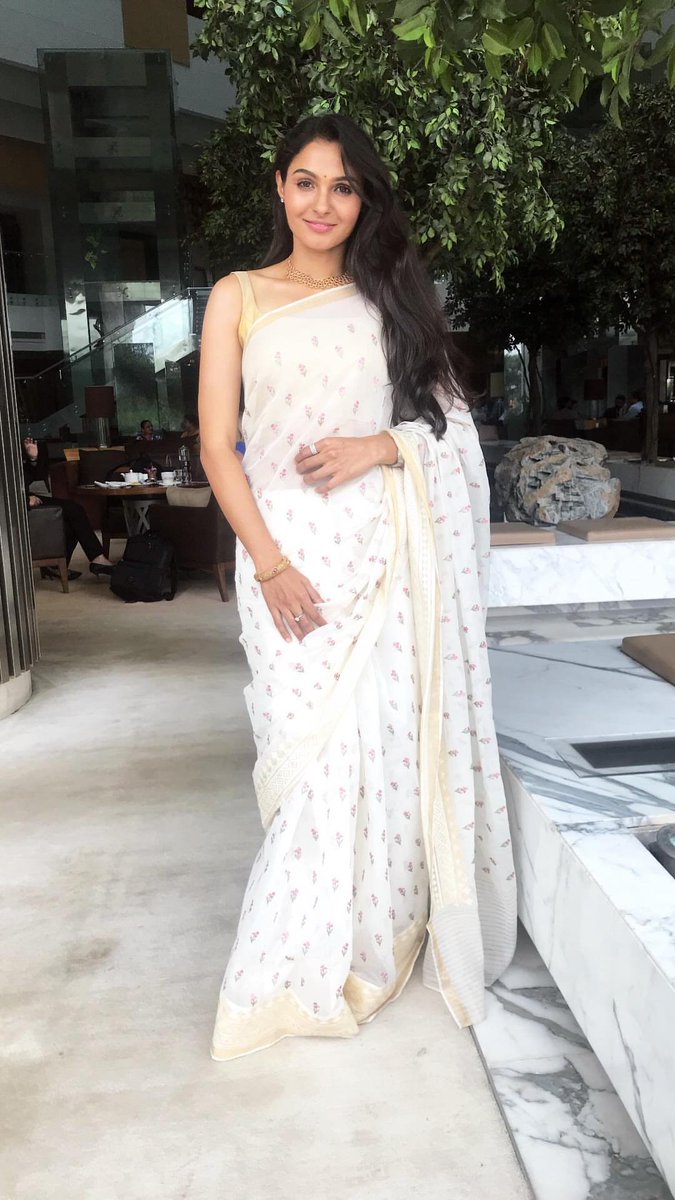 The JFW magazine is coming up with its new calendar where some of the leading names from South India like Shriya Saran, Regina Cassandraa, Taapsee Pannu, Aishwaryaa Rajesh and Raizaa Wilson have taken part in the photoshoot.

The gorgeous @raizawilson channeling her inner-Cat Woman!! Follow us for more pics & head to Amazon to purchase your copy of #JFWCalendar2019 . . . #Repost @raizawilson (@get_repost) ・・・ You will only thrive when you are allowed to be what you are – The Cat Follow @jfwmagazine for more pictures from the calendar. #JFWCalendar2019 Hair and make-up : @rachelstylesmith & Team Styling : @shilpavummiti

Dancing to her heart’s content Aishwarya rings in her birthday month on our calendar in style! #jfwcalendar2019 get it now! For more pics follow us now! #jfw #jfw2019 . . . . #Repost @aishwaryarajessh (@get_repost) ・・・ Let’s begin. This year. In most colourful way an. Stay. Happie forever shoot 4 @jfwmagazine #jfwcalendar2019

@taapsee is all things feisty as a squash player for #JFWCalendar2019! Follow us for more pics from the calendar! . . . . #Calendar2019 #taapsepannu #JFW . #Repost @taapsee (@get_repost) ・・・ When I was “what if you weren’t an actor” ….. I just posed for the answer 🙂 #ForTheLoveOfSports #SquashGirl @jfwmagazine calendar #JFWCalendar2019

In this look, @shriya_saran1109 looks like a painting, floating elegantly in the air! Follow us for more pics from the calendar! . . . #ShriyaSaran #calendar #photoshoot #jfw #jfwonline #jfwmagazine

Andrea was last seen in Vada Chennai, the first part of the trilogy which was directed by national award winning director Vetrimaran. Andrea in the film did the character of Chandra which charts a masterplan and becomes the king of Vada Chennai. But nobody really knows that Chandra is the actual king. She uses her second husband Guna (Senthil), Anbu (Dhanush) and others as her pawns to execute her plan. If this move of Vetri Maaran doesn’t excite you, one doesn’t know what else can.