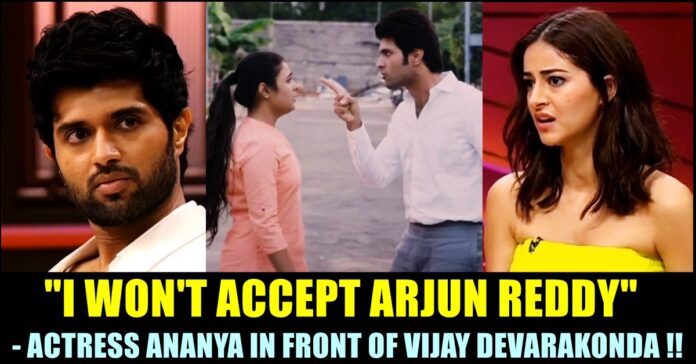 A comment made by actress Ananya Panday in the “Koffee with Karan” show about her upcoming film “Liger” co-star Vijay Devarakonda’s blockbuster film “Arjun Reddy” has grabbed the attention of the online users. In the interaction, the actress had said that she “liked” the songs of the film and performances of the actors but she won’t agree with the kind of relationship that was shown in the film between male and the female lead. The actress said that she wouldn’t let her friends to involve in such relationship as well. 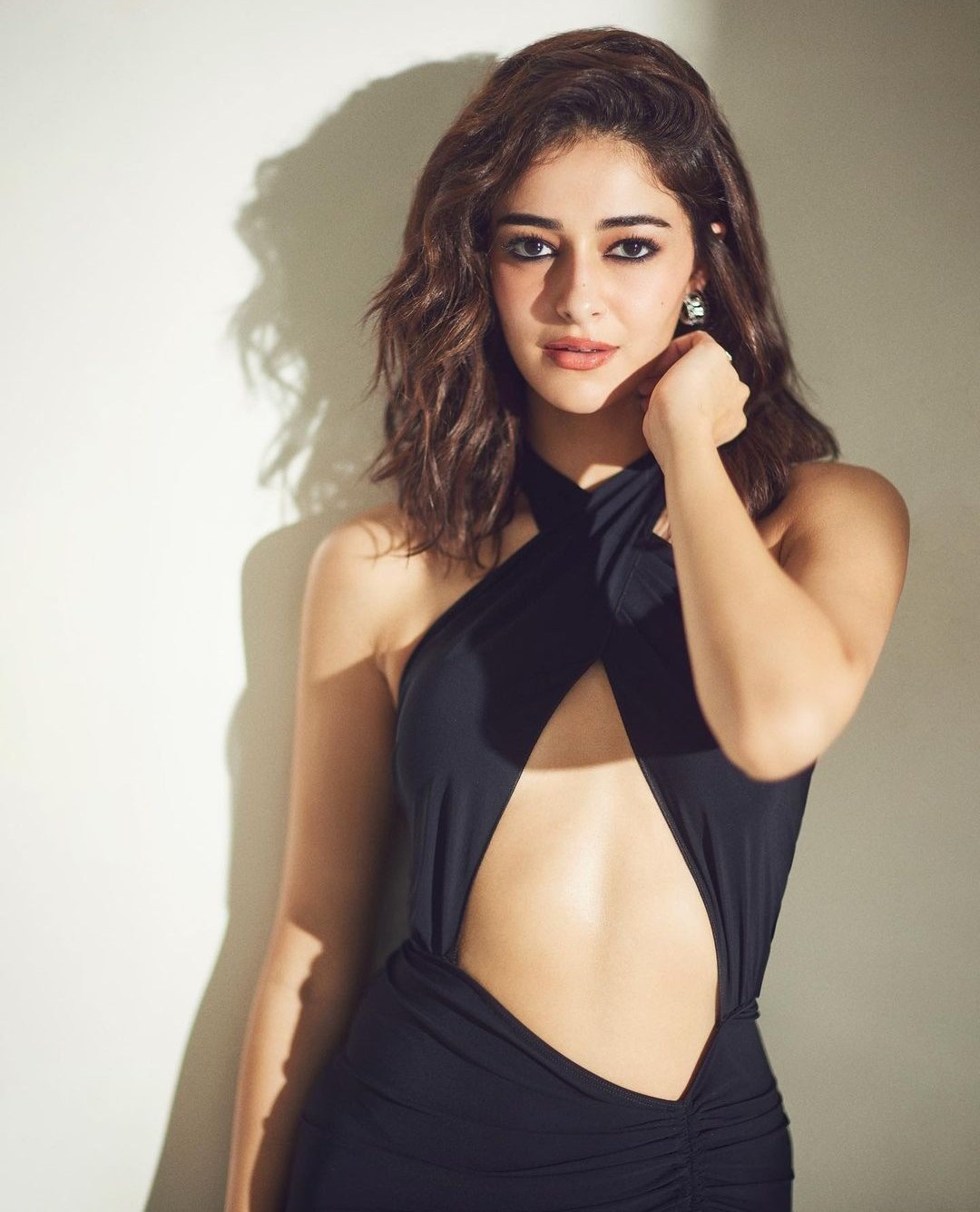 Vijay Devarakonda and Ananya Panday worked together in the upcoming film “Liger” directed by Puri Jagannadh. To promote the film which is going to hit the screens on 25th of August, the hero, heroine duo participated in the “Koffee with Karan”, a famous celebrity talk show.

Among the several questions asked to the actress, Ananya was asked whether she is a girl who would love “Arjun Reddy”. Answering to the question, the actress said “I loved the songs in the film and the performances were amazing but I don’t think I would be accepting a relationship of that sort” by having Vijay Devarakonda in her side. 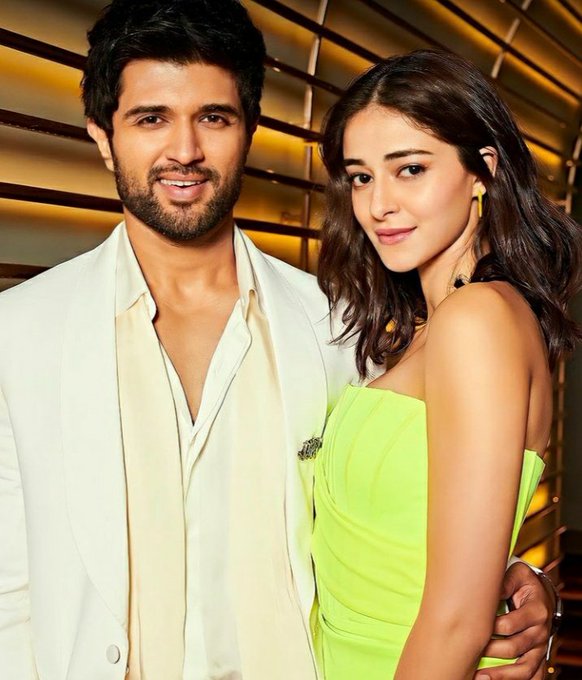 “Even if I see any of my friends having such relationship, I wouldn’t accept” She said. ” I also think it’s scary” continued the actress and worried about people seeing “such” things in cinema and think it is “okay” to behave like that in real life. Ananya also said that she is not surrounded by people like “Arjun Reddy” and added that she wouldn’t advise her friends to do so as well.

The video is trending in the social media platforms with many users appreciating Ananya for not shying away from opining her thoughts just because Vijay Devarakonda is sitting near her. Many even said that her opinions are “sane” unlike majority amount of people who support the film.

i liked how ananya expressed that she didn’t like kabir singh/arjun reddy for the politics of it without saying it explicitly. vijay spoke absolute gibberish as expected and she made her point while still being diplomatic both karan and vijay did a double take. she’s clever 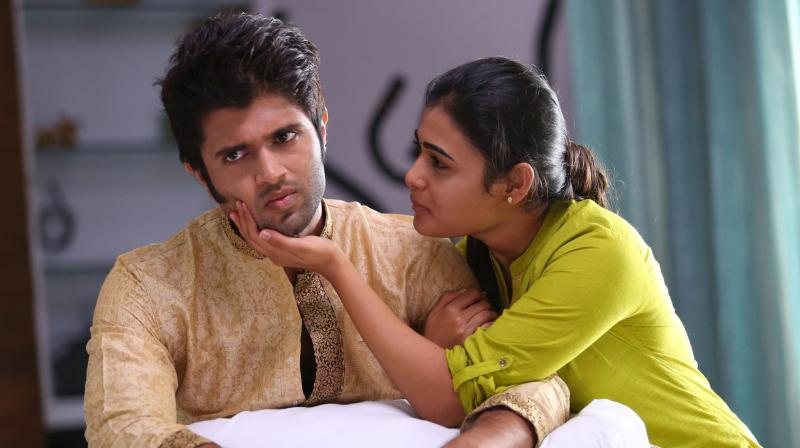 Ananya talking about her opinions on Arjun Reddy I was like FINALLY SOMEONE SANE.

Ananya might not be a great actor but to sit with a South movie actor and tell him how his problematic view about Arjun Reddy takes a lot of guts. You have my respect. And fuck Vijay, such a fucking misogynist.

Loved Ananya’s take on Arjun Reddy. She very well spoke about how toxicity is romanticised in cinema. 🤍#KoffeeWithKaranS7

LOVE LOVE LOVE ANANYA FOR POLITELY SHUTTING UP VIJAY AFTER HE ENDLESSLY TRIED TO DEFEND THAT ASSHOLE ARJUN REDDY. SHE WAS SO SPOT ON SHE SAID HER THING AND SHE MADE SO MUCH SENSE. LOVVVVVVE TO SEE IT

Ananya Pandeys reply on Arjun Reddy is full respect and to say that in front of Arjun Reddy ( Vijay Deverkonda) must have taken some courage. Atta Girl! Great! 🙌

PS I crushed on Arjun Reddy in School but I knew girls should stay far away from toxic boys like him.

Previous articleSanthosh Narayanan Compared This Upcoming Film With “Soodhu Kavvum” !!
Next articleWoman Who Was Missing In Beach While Celebrating Her 2nd Anniversary, Found With Her Lover !!

A.R Murugadoss Warns The Junior Artists Of “SARKAR” Who Are Giving Interviews About Film’s Scenes !!

Vijay's upcoming film Sarkar, produced by Sun Pictures, is in the post-production phase and will hit the theatres on Diwali 2018. On October 2,...

The most anticipated "Methagu" film which portrays the life of the founder and leader of Liberation Tigers of Tamil Eelam, Velupillai Prabhakaran, released recently...