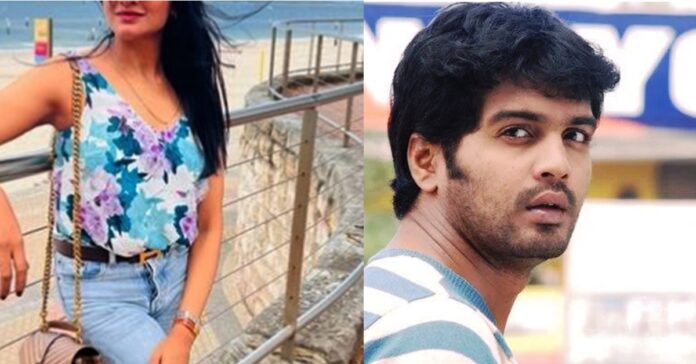 Actor Vinay who is known among Tamil audience for appearing in films such as “Unnale Unnale”, “Jayam Kondan” and others films, seemingly involved in a romantic relationship with actress Vimala Raman. On her 42nd birthday, the actress, while uploading the pictures of her birthday celebration, included her selfie with Vinay and said that she is happy to celebrate her birthday with her family.

It is notable that Vinay mentioned Vimala as someone special in his life, in one of his older interviews. On seeing the hints from both the ends, fans concluded that they both are involved in a romantic relationship and expecting their marriage announcement soon.

Debuting through the Lova-Drama “Unnale Unnale”, Vinay recently appeared in Suriya’s ” Etharkkum Thuninthavan” and Sivakarthikeyan’s ” Doctor” as main antagonist. Before that, he played negative roles in “Thupparivalan” of director Mysskin. Most lately, he appeared alongside Nayanthara in her horror flick “Connect”.

In one of the interviews which was shot in the year 2021, Vinay, after seeing the picture of Vimala Raman, said that she is someone special in his life. Taking the actress’s picture from his wallet, Vinay said that his relationship with her is very personal and he can’t say anything beyond that.

Vimala Raman debuted to film industry as an actress in the year 2006 through a Tamil film named “Poi”. She gained wide recognition after pairing up with director Cheran in a film named “Raman Thediya Seethai”. Recently, films such as ” Iruttu”, “Grandma” saw Vimala’s appearance. She also appeared in a dozen number of films in Malayalam, Telugu and Kannada languages.

On Monday, the actress came up with a couple of posts in her Instagram handle, flaunting her birthday celebration pictures. “23.1.23 And this time it was a special birthday so grateful to spend it with my family back home” read the caption of the actress’s post which included a series pictures including her selfie with Vinay. 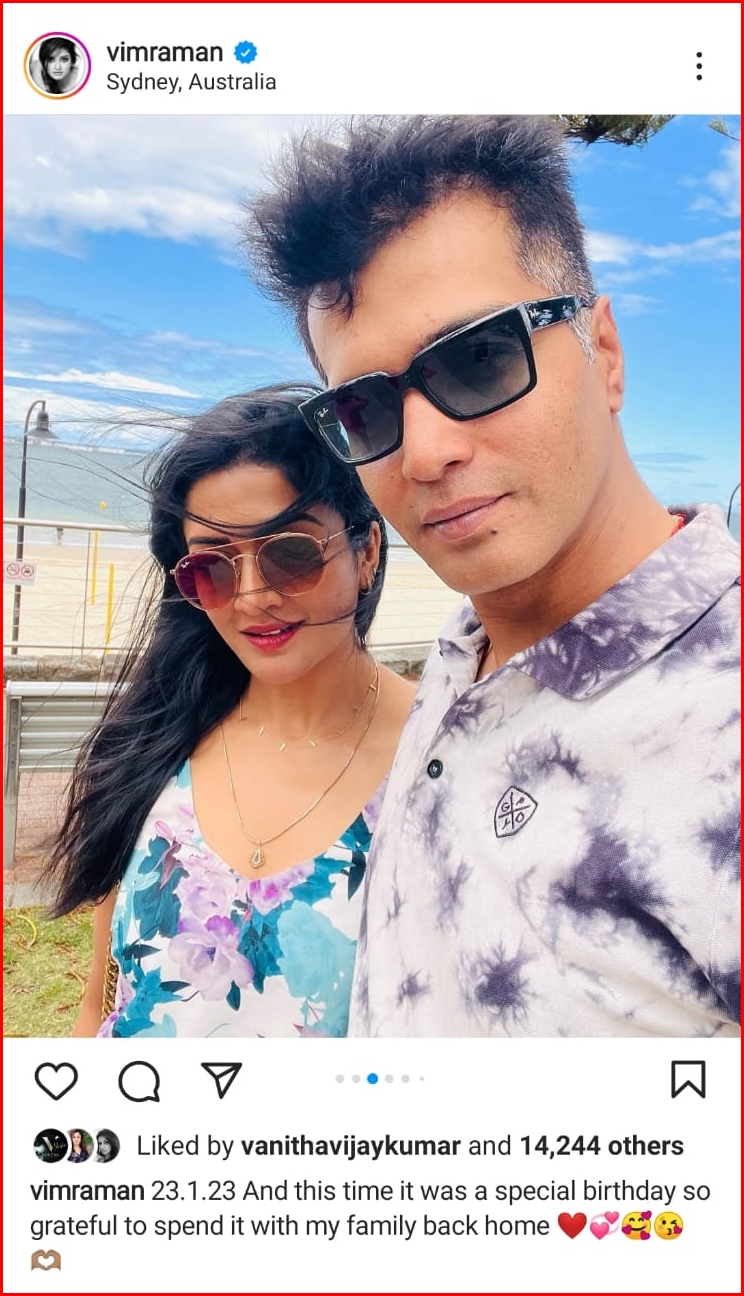 Here’s her next post about herself celebrating her birthday in Australia where she completed her college :

Many fans who assumed that both of them are involved in a romantic relationship, has been wishing them the best for their future. However, there’s no official word from either of them. We have to wait and see whether they are going to react to the assumptions made by their fans.

Previous article2 Men Forced To Get Down A Flight After Molesting Air Hostess!!
Next articleAzeem’s First Video After Coming Out Of Bigg Boss House!!

The first ever interview of Meera Mithun has released by several media houses. It is an undeniable fact that Meera Mithun occupied the most...