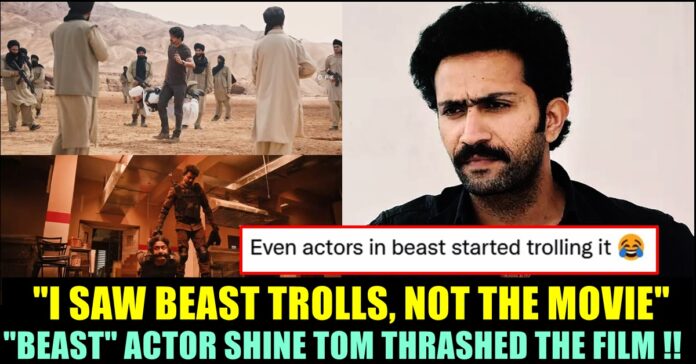 Malayalam actor Shine Tom Chacko who made his Tamil debut through “Beast”, in a recent interview to a Malayalam media portal, trolled the film saying that the film is not a good entry for him to Tamil cinema. The recognised actor said that he saw the trolls that surfaced for “Beast” but didn’t watch the film yet. The video is going viral among the fans of actor Vijay who are expressing their displeasure over director Nelson Dileepkumar for wasting an opportunity. 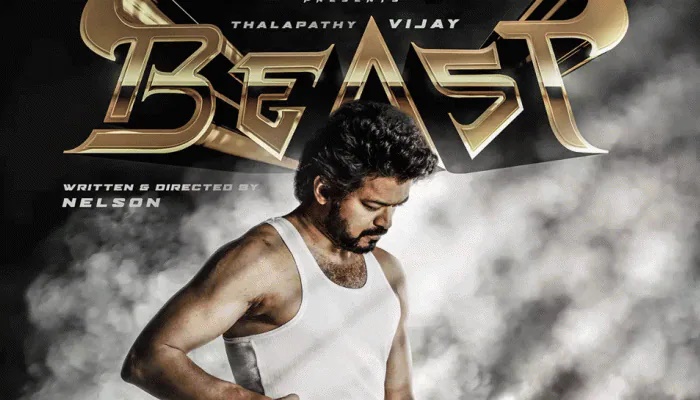 Shine Tom Chacko, in the film, played the role of a terrorist who hijacks a mall under the order of his head. Chacko was shown as a man who is in a desperate need to save the life of his child who is struggling for his life in hospital. Vijay who played the lead, promises to make him see his child and gets information about the terrorist group in order to save the civilians who are held captive inside the mall.

The way Shine’s character designed became a subject to severe online troll as he was seen immediately accepting to the demands of actor Vijay and helping him without questions. Now, in an interview with a Malayalam channel, the actor, while answering to the question on whether “Beast” is a good entry to him, says that it is not. 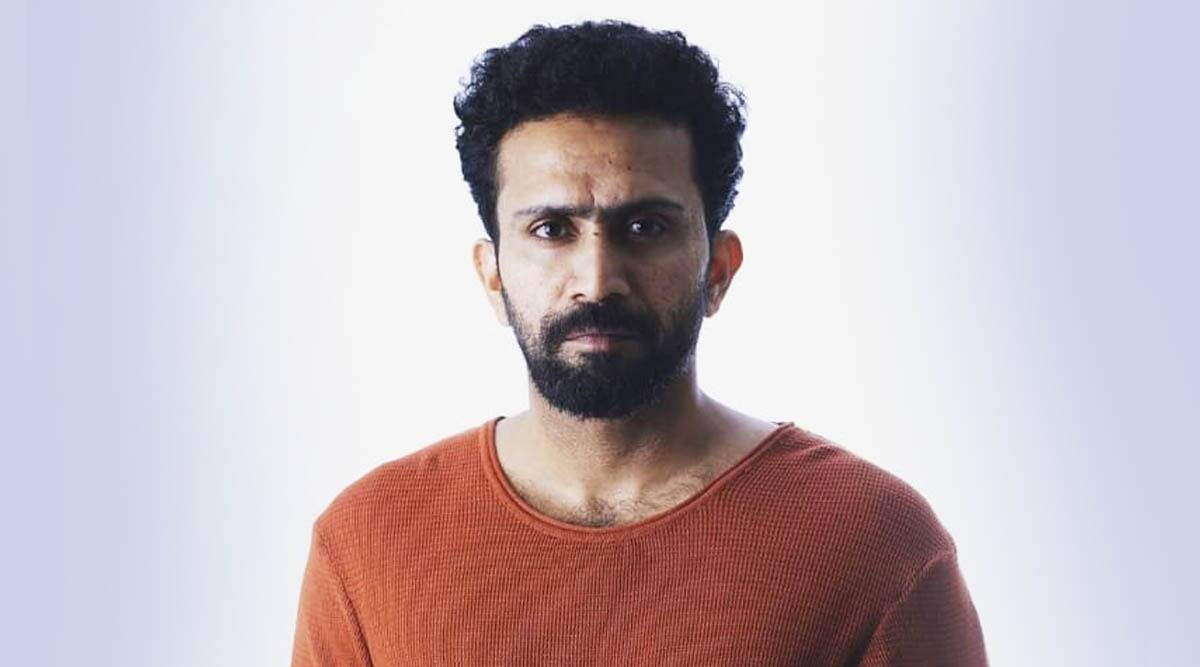 The actor said that acting with Superstars such as Vijay and Rajinikanth is not a big deal, acting in cinema is itself a pride.Talking about the trolls that surfaced about the movie, Shine said that the scene where Vijay was seen lifting him after tying up was boring as anyone would show the strain in their face while lifting something heavy but Vijay didn’t. “There’s no point in blaming Vijay for that, it’s the fault of the creative department” Shine said.

The actor also said that he didn’t see the film yet but have witnessed some of the trolls that surfaced for the film. Check out his interview below :

Here’s how internet reacted to this interview of him :

The interviewer asked if Beast was a good entry for him into Tamil Cinema?

He said that Beast itself isn’t a good entry into Tamil Cinema.

Seems he is on high 😂
But we have nothing to do or defend 😌 https://t.co/AQ32bVfA6A pic.twitter.com/LmeeEdF8Cc

Even actors in beast started trolling it 😂

Beast which revolves around a group of terrorists hijacking a shopping mall with 200 plus civilians to make the government release their head, shows Vijay as Veera Raghavan, a Raw agent who is fond of kids. Being a skillful spy, Veera Raghavan who geta caught inside the mall with public, manages to escape a sum of civilians from the terrorists and claims that he is from another group that belongs to Bangladesh.

The film didn’t impress critics and general audience due to it’s weakest screenplay and a plot that has no connection with the current affairs. Retired Group captain Sivaraman Sajanand many other officials of army shared the video of actor Vijay interacting with his fellow jet pilot while riding a fighter jet in his twitter timeline saying that he has so many questions about the clip.

With less a week to go for the Tamil nadu assembly elections, political parties of the state are busy campaigning for their parties digitally...

Popular Tamil television actor Vijayaraj, who has appeared in many hit serials, passed away On Saturday due to a heart attack. The 43-year-old actor was known for his...

Makers Of “Liger” Got Slammed For The Way They Used Mike Tyson !!

Makers of "Liger" getting slammed by fans for misusing world famous boxing champion Mike Tyson in their film. Remembering about his legacy in the...

The ongoing Bigg Boss show went past 50 plus days but didn't see a single "Kurumpadam" so far. Contestants who followed the three seasons...