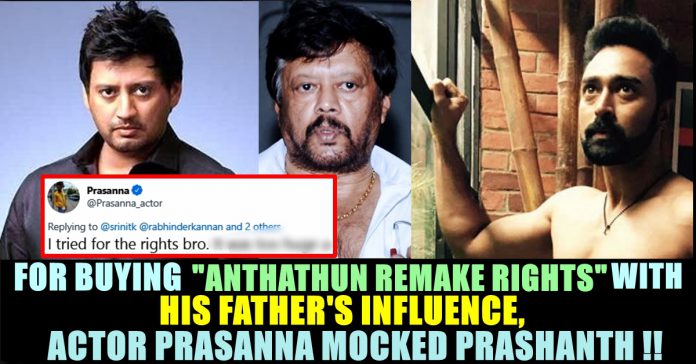 Filmmaker Sriram Raghavan’s slow-burn black comedy Andhadhun now gets a Tamil version. According to reports, yesteryear actor-producer Thiagarajan has bought the remake rights for the official remake of the film now. 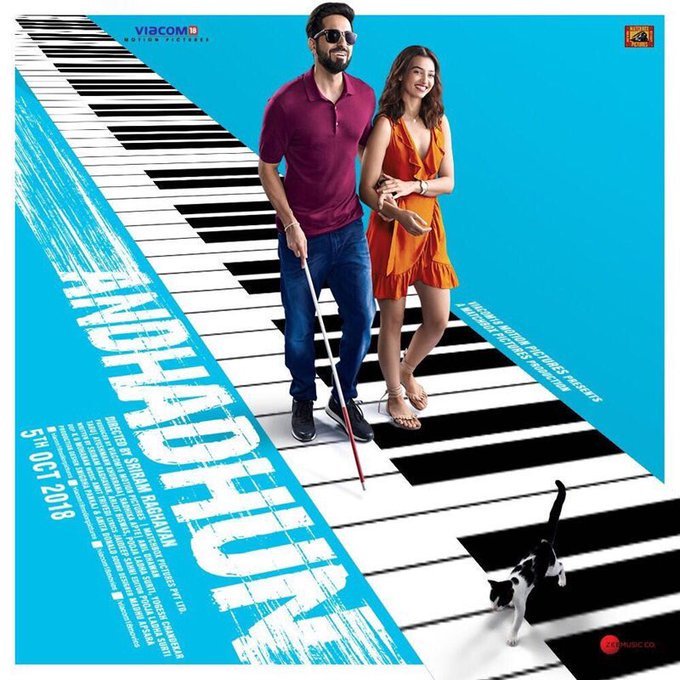 No prize for guessing who it stars. Thiagarajan’s son, Top Star Prashanth, will be reprising Ayushmann Khuranna’s role as a blind pianist in its Tamil counterpart. Reports say that the untitled project will be produced by Thiagarajan’s production house. It’s worth mentioning that Prashanth’s previous film Johnny was a remake of Sriram Raghavan’s Johnny Gaddaar. Earlier, the names of actors Siddharth and Dhanush were doing the rounds on the Internet. In fact, Dhanush, in a press interaction, expressed his desire to remake the movie in Tamil.Actor Siddharth also wished to remake the film which he expressed it during a twitter interaction with his fans. 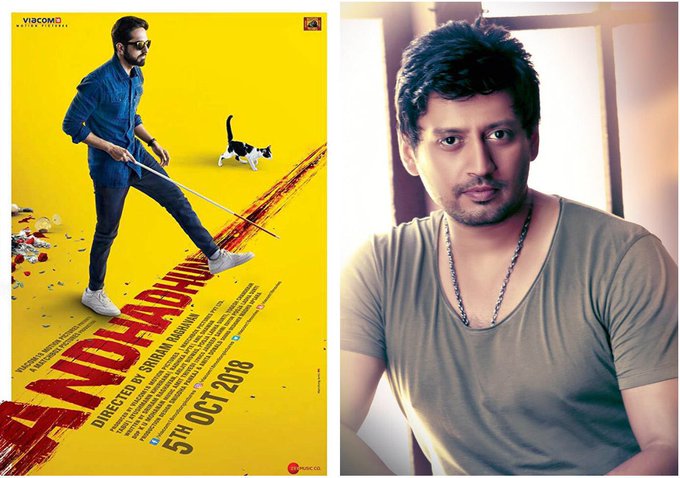 Meanwhile actor Prasanna who is known for acting in films like Anjathey, Thupparivalan has said that he tried to get the remake rights but failed due to the high price. He also took a sly dig at Actor Prashanth & co for grabbing the remake rights using his influence.

One of a twitter user expressed his wish of Prasanna featuring in the remake of the national award winning film. In his tweet the user said “Yeows! 😂😂
This is a national award movie and I was rooting for  @Prasanna_actor
! With all due reshpet to Prashanth, Prashanth can do Tabu’s husband, Sub-inspector and/or doctor role.”

Yeows! 😂😂
This is a national award movie and I was rooting for @Prasanna_actor! With all due reshpet to Prashanth, Prashanth can do Tabu’s husband, Sub-inspector and/or doctor role. 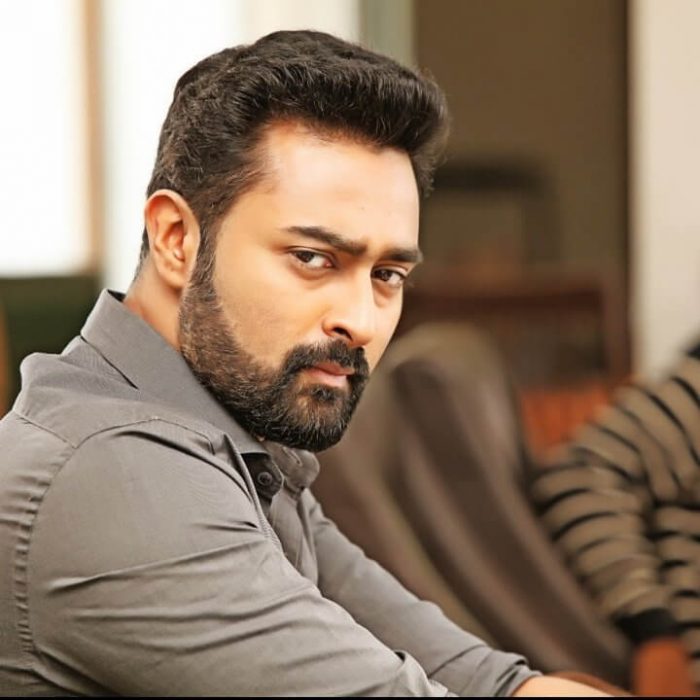 To this tweet, Prasanna who got notification of the mention, immediately replied by saying “I tried for the rights bro. It was too huge a price for me. Only if my father was a producer for years I cudve got it.🥺🥺🤧”

I tried for the rights bro. It was too huge a price for me. Only if my father was a producer for years I cudve got it.🥺🥺🤧

Further the user, in his witty reply said that he would gather everyone to buy the remake rights in black (illegally). Here’s how Prasanna replied :

🤣🤣🙏🙏🥰thanks for backing me so much bro. Yes our time is just coming

Andhadhun was recently in the news for winning three National Awards including Best Actor, Best Adapted Screenplay and Best Feature Film in Hindi. The film opened to rave reviews from critics and audiences alike when it hit screens last year.

Prasanna impressed Tamil audience with many of his performance earlier and after seeing these tweets, it seems he will look pretty similar to Ayushman Khuran with that beard and blind glass.

Previous articleThis Kamal’s Heroine Thrashed Vanitha For Her Behaviour Inside The House !!
Next articleMore Than 1000 Crores Of People’s Money Looted In The Name Of Athi Varathar ?? Horrifying Truth !!

After the news on Sanam shetty's eviction got surfaced in Internet, users of the micro blogging social media site who are following the Kamal...

The Demise actor Irrfan who is known for his works in Bollywood film industry, left the entire country in utter shock. The 54 year...