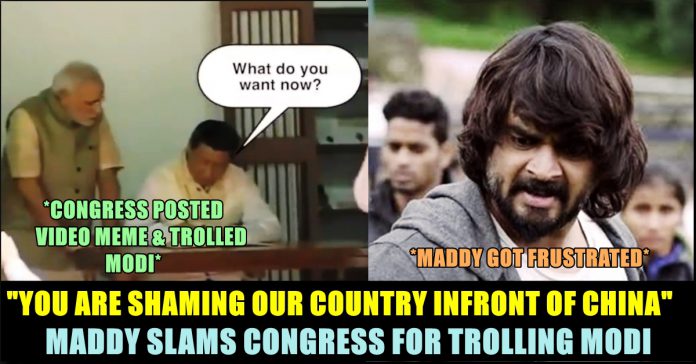 Even as southern superstars Rajinikanth and Kamal Haasan have announced their entry into politics, actor R. Madhavan earlier said he has no interest in foraying into the field.

“If people are joining politics with the intention of serving for the betterment of the nation, it is good. When young people joined politics coming from a background of the common man, like the one happened in the US when Barack Obama became President, young people get a visionary. That is good for the nation.” he said at that interview. The actor who is believed that he is not belong to any political party, today expressed his irritation over a video that was shared by the twitter account of Congress party. 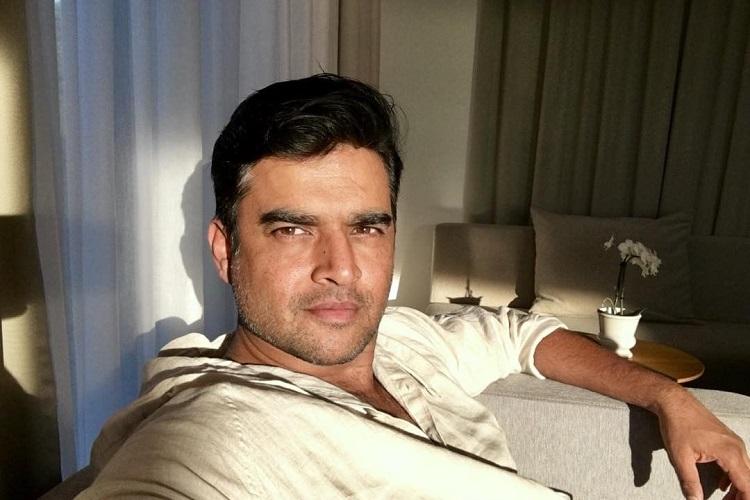 In the video Congress made fun of the interaction between Narendra Modi and the president of China Xi Jinping. Providing it a funny dub, Congress literally trolled the prime minister of the country. 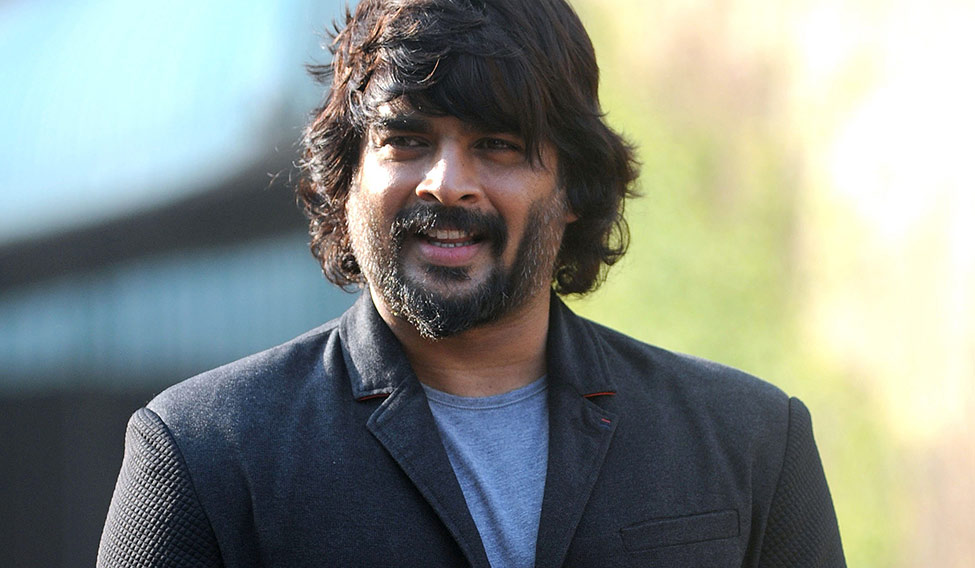 On sharing the video Congress added the caption “An accurate representation of Modi’s relationship with President Xi of China. #HugplomacyYaadRakhna”

An accurate representation of Modi’s relationship with President Xi of China. #HugplomacyYaadRakhna pic.twitter.com/5YgqxuEvaS

On seeing this video Maddy seems to get very irritated that he expressed his uttermost frustration through his official twitter account. In his tweet Maddy wrote “This is in such bad taste.What ever the political rivalry -Shri Modi Ji is the Prime Minister of this country and you are demeaning this nation in front of China in this video with such crass attempt at humor.NOT expected from this Twitter handle 🙏🙏.@narendramodi @RahulGandhi”

This is in such bad taste.What ever the political rivalry -Shri Modi Ji is the Prime Minister of this country and you are demeaning this nation in front of China in this video with such crass attempt at humor.NOT expected from this Twitter handle 🙏🙏.@narendramodi @RahulGandhi https://t.co/KJiPyZI7lt

Check out some of the reactions his tweet getting :

Sir where were u when BJP almost daily mock Dr. MMS with memes and even they placed Sonia Gandhi as an item dancer.

Don’t get serious Maddy, this is what they do.. thank them for exposing themselves.. what else can pappu utter

On the work front Madhavan is busy making his debut in Direction.  Ever since Bollywood actor R. Madhavan shared his drastic transformation for his upcoming movie Rocketry: The Nambi Effect on social media, fans have been eagerly waiting for the film to hit the screens. The biopic, which will mark Madhavan’s directorial debut, is based on one of the legendary ISRO scientist Nambi Narayanan. Recently, reports have suggested that B-town’s King Khan Shah Rukh Khan and South superstar Suriya will have cameos in the film.

“He Slapped Me In front Of Everyone” -Cheran’s Assistant Director Revealed The True Face Of Him !!