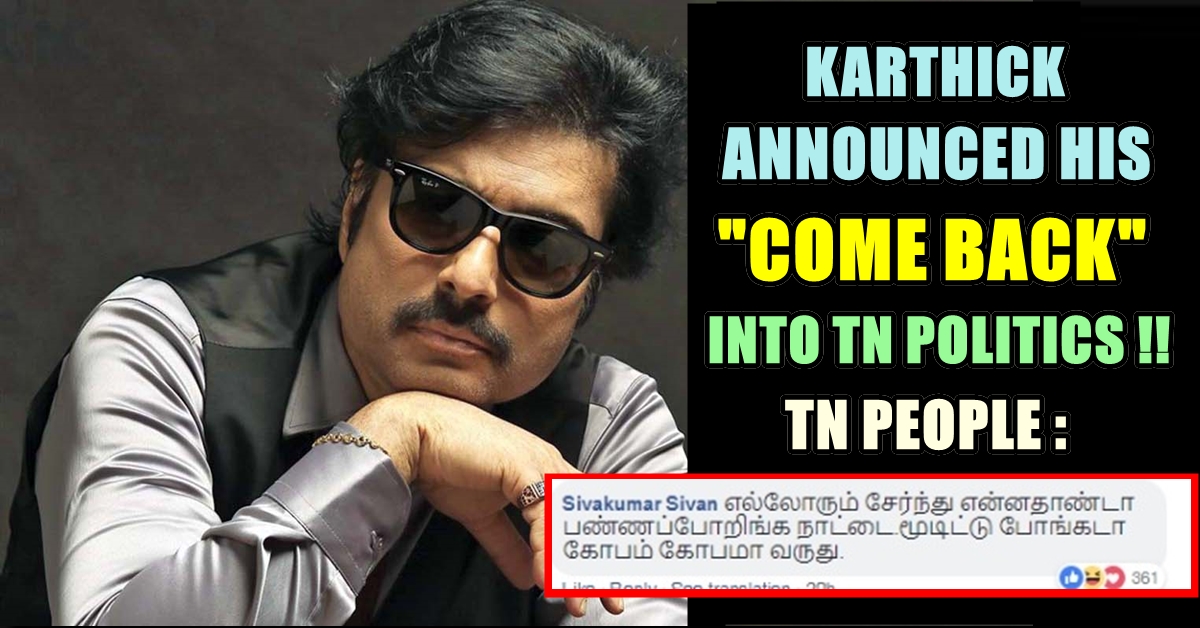 Murali Karthikeyan Muthuraman, best known by stage name Karthik, is an Indian film actor, playback singer and politician. He is the son of actor R.Muthuraman. He was first introduced by Bharathi Raja in the film Aalaigal Oivathillai. He has primarily appeared in lead roles in Tamil films. He has also appeared in some Telugu films. Karthik has been the recipient of the Tamil Nadu State Film Awards and the Nandi Award. He won four Filmfare Awards South. 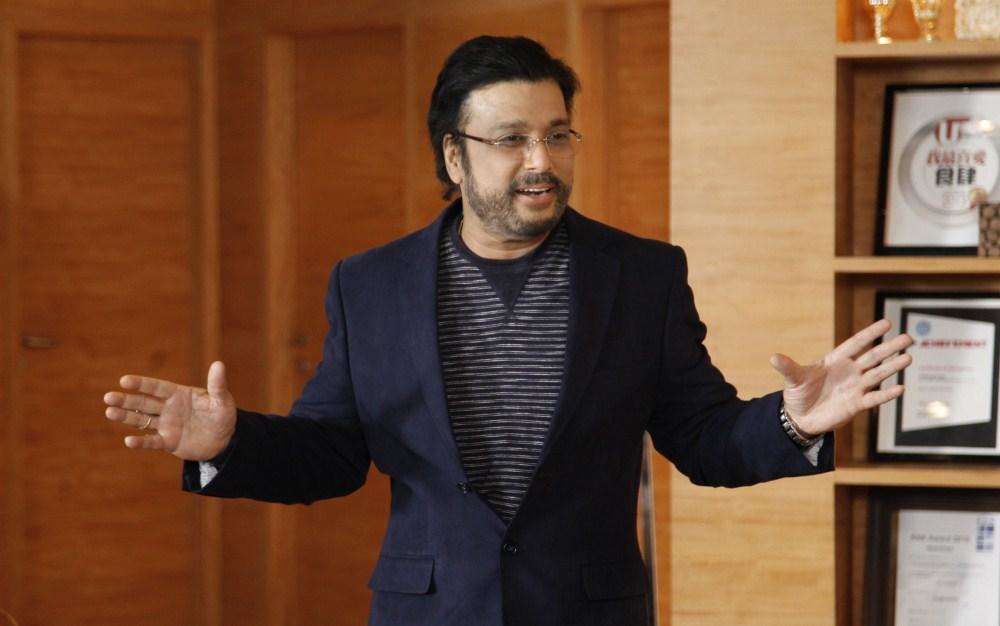 Karthik entered politics ahead of the 2006 Tamil Nadu Legislative Assembly election. He joined the All India Forward Bloc, and was appointed as the Secretary of the Tamil Nadu state unit of the party. He led the party during its electoral campaign on 24 September 2006. He later started his own party Ahila India Naadalum Makkal Katchi in 2009 before the Lok Sabha Elections. He contested from Virudhunagar constituency and got only 15000 votes. 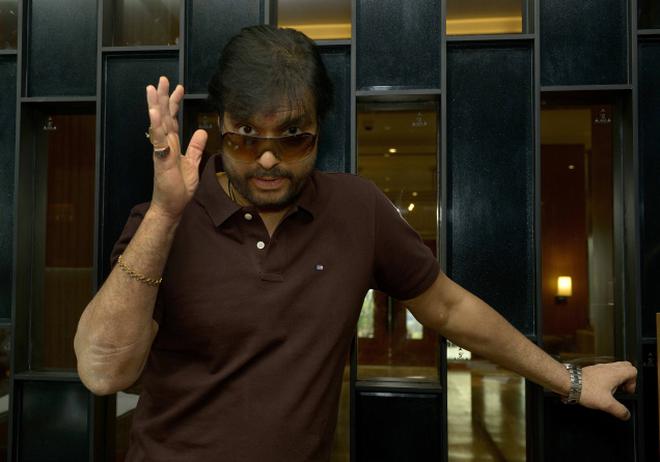 Karthik’s party tried alliance with AIADMK for the 2011 Assembly elections, but AIADMK supremo denied tickets for his party. Karthik announced his party will contest alone in 25 to 40 seats after it was not allotted any seat in the AIADMK coalition. Karthik sat on a fast in Madurai demanding Madurai Airport be renamed as Pasumpon Thevar Airport. 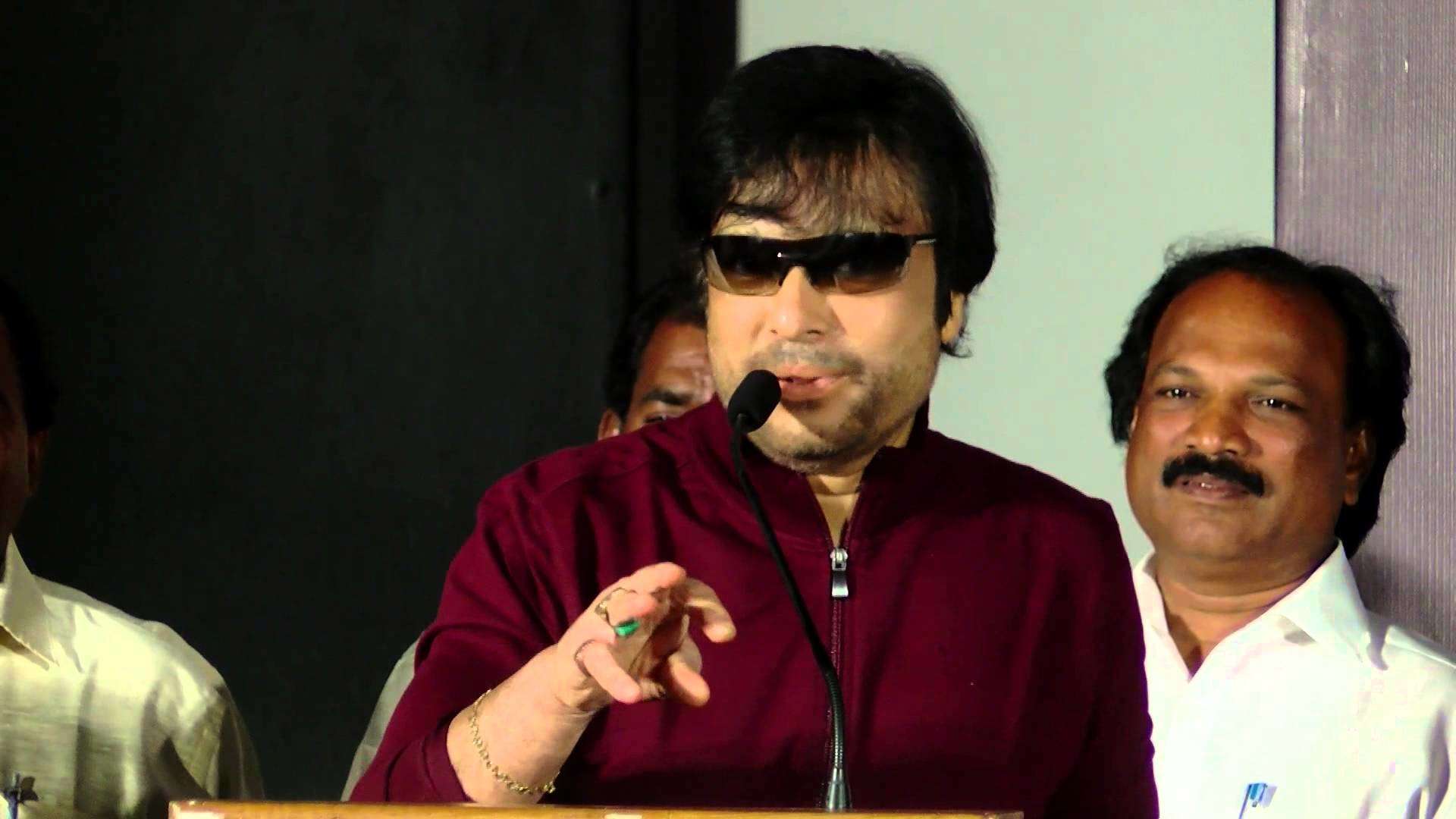 His party with sizeable Thevar votes in southern Tamil Nadu is believed to eat into the AIADMK votebank. In 2006, former AIADMK minister Nainar Nagendran lost by 2,000 votes in Tirunelveli, where Karthik’s party polled more than the margin. Two weeks later, he split from ADMK and announced his party will contest independently in 19 constituencies and support DMK in 213 constituencies.

In 2009 his party contested in Parliment election and in 2011 his party participated in Legislative assembly election where it lost in both the elections.

Meanwhile on Thursday he met the press reporters in Madurai where he announced that his party will be involved in active politics hereafter. “In 2, 3 days there will be an authentic announcement in Madurai from me with few changes in party name and party administrators” he said to the reporters.

On seeing this news Netizens trolled him hilariously as so many actors of Kollywood showing interest in Tamilnadu Politics. Check out some of their thoughts here :

What’s your thoughts on Karthik re-entering into politics ?? Let us know !!