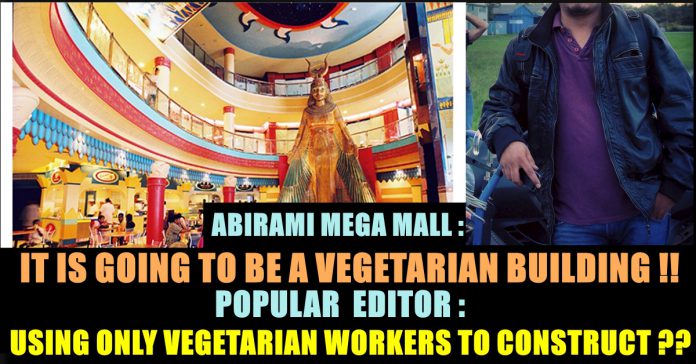 Abirami Mega Mall is a shopping mall located in Purasawalkam , Chennai. It was constructed in 2003. It is named after its owner Abirami Ramanathan. It also contains popular theaters around Chennai.

It was originally initiated as two theatres in the year 1976 and then in 1982 two more theatres were constructed which are all active today. Being one of the first malls of Tamil Nadu, they planned to stop the operations from 1st February 2019, and will start with the renovation work. Rajini’s Petta and Ajith’s Viswasam will be the last two films to release in the city’s Mega Mall.

After being functional for over 42 years, Abirami Theatres will now be demolished and a new complex is said to be build. The ground and the first two floors are for theatre screens, food courts, shopping and other activities. On top of these will stand 14 floors of residential apartments. 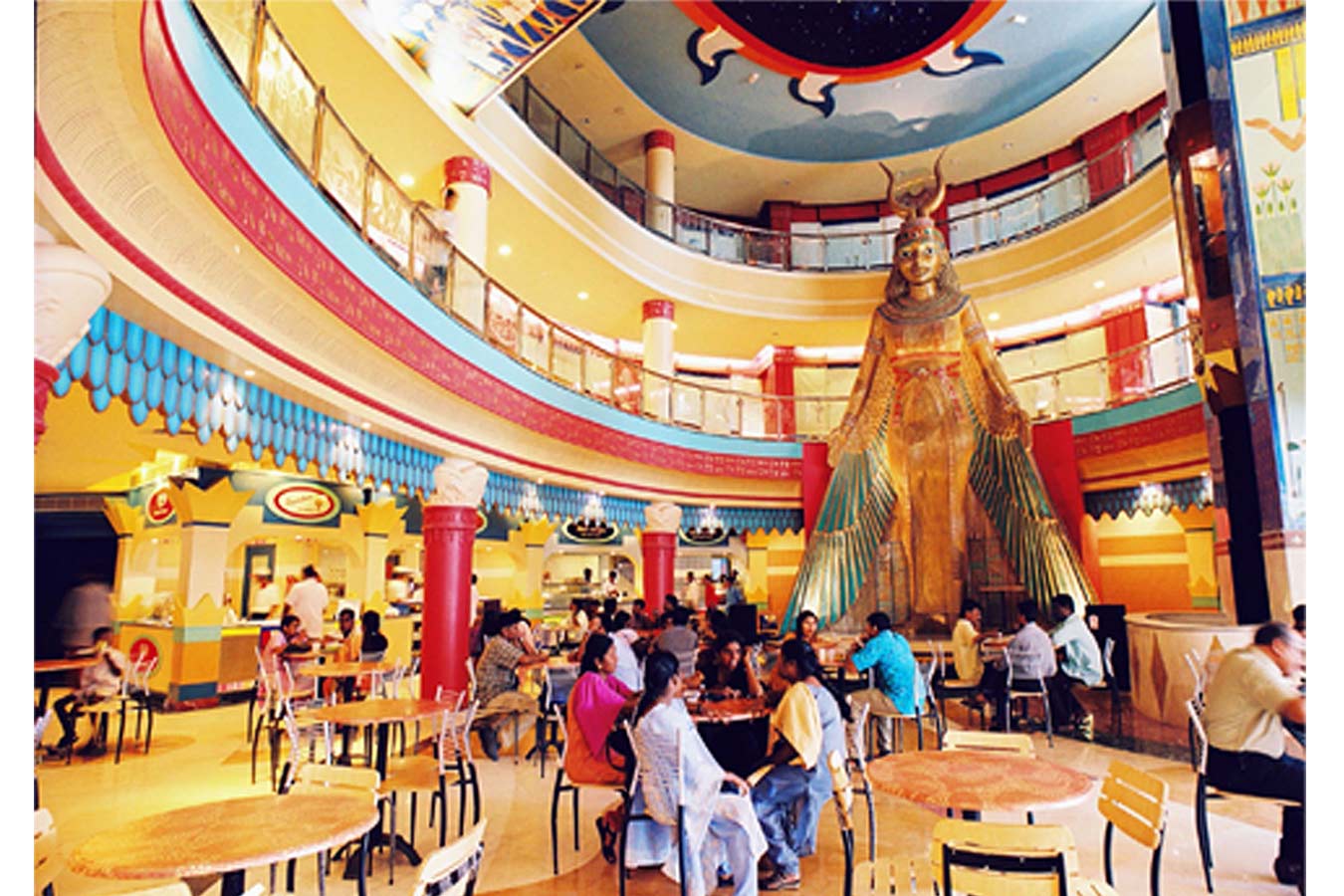 “The theatres will be totally ultra modern with out of the world comforts and projector less screens”, said Abirami Ramanathan, the Managing Director, in the official press note. She also stated that the main reason for the renovation is due to the invasion of digital media and 1000 capacity seat theatres are not viable anymore. The theatre is said to hire Structural Engineers from Singapore for the completion of this project, and will possibly resume its operations within 24 months.

“The New building is once again abirami mega mall, and will have ground plus two floors as commercial and will include food court, shopping and around 8 to 10 cinema theatres. Plus 14 floors of residential apartments. The peculiarity of these apartments are no apartment will have a common wall with other apartment. Every apartment is an independent unit. The theatres will be totally ultra model with out of the world comforts and projector less screens.” said the press release. 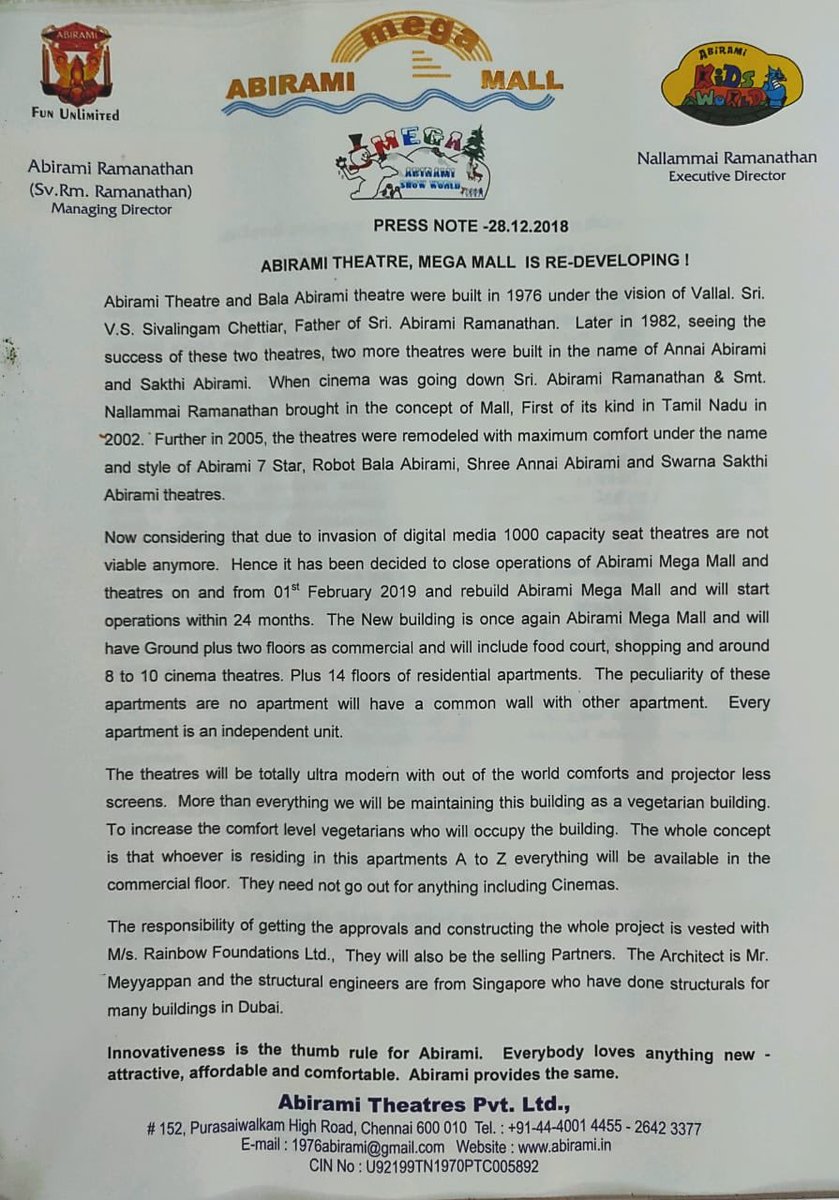 In a special note in the press release it was mentioned that they are planning to maintain the building as a vegetarian building. “To increase the comfort level, Vegetarians who will occupy” the press note mentioned specifically. On seeing this press note, editor Suresh seemed a bit disappointed with the idea of accessing the building only for Vegetarians. In his official twitter account he wrote “Vegetarian building? What about the construction?? Using only vegetarian workers??? #OnlyInIndia #AbiramiMegaMall”

T.S Suresh one of the leading editors of Kollywood who edited films such as Thoongavanam, Tamizh Padam 1 & 2, Irumbuthirai, Maya is a former assistant editor of Antony.

Check out the conversation he had in his comments section :

Abirami Mega Mall is known for its Snow World which was inaugurated in the year 2005. The “Bhoomi Pooja” of the construction was planned in the first week of may as per reports. We can expect new upgraded version of Abirami mega mall in 18 months from its “Bhoomi Pooja”.

What is your take on T. S Suresh’s statement ?? Do you think the idea of Abirami Mega Mall management was good ?? Comment your views here !!