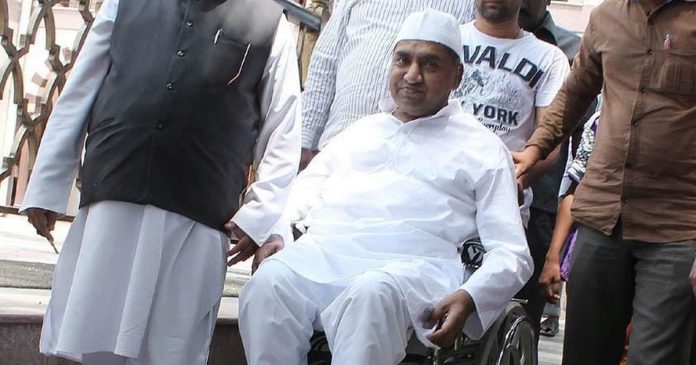 Abdul Karim Telgi, a convict in the multi-crore fake stamp paper scam, died of multiple organ failure at a government hospital in Bengaluru on Thursday. Telgi (56) died around 3.55pm at the Victoria Hospital, where he was admitted with meningitis a few days ago, police said.

Telgi, who was battling diabetes and AIDS, was also suffering from metabolic encephalopathy , a neurological disorder that affects the brain. He was on antiretro viral therapy. He was put on ventilator with life support system. Telgi’s barrack will be emptied soon, prison sources said. The barrack is located near the prison hospital and he had the room altered with court permission, they added. 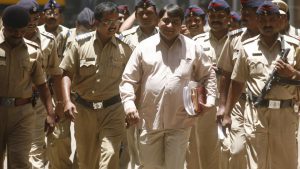 The son of a railway employee who started off as a vegetable and fruit vendor in trains, Abdul Karim Telgi took to the murky world and attained notoriety as the kingpin of a multi-crore counterfeit stamp papers scam.

Hailing from Khanapur in Belagavi district of Karnataka, 56-year old Telgi began his life as a vegetable and fruit vendor in trains. After his education in the local Sarvodaya Vidyalaya, an English-medium school, he had obtained a B.Com degree from a college in Belagavi. Later, he moved to Saudi Arabia and returned seven years later to Mumbai where he allegedly developed links with the underworld. 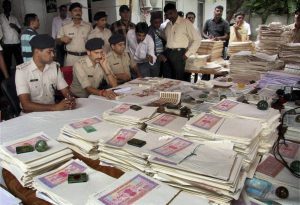 He was arrested in 1991 by Mumbai police on charges of cheating but reportedly used his stay in the prison to learn the tricks of the trade from an expert forger. Telgi allegedly bribed his way out of jail.

He obtained stamp paper license in the year of 1994 and he opened his office at mint road, Mumbai. It has been said that he developed cordial relationships with several officials in the ministry of revenue, stamp office and Nashik Security Press where stamp papers are printed. Telgi, with his political influence, obtained machines from the Nashik Security Press, by tagging them as ’junk’ for him to use in his press. He also allegedly obtained the original dye from the Press and used it in his press for printing stamp papers.

He appointed nearly 350 people as agents and sold the fake stamp papers to banks, insurance companies and stock brokerage firms and all concerned. Between 1992 and 2002, 27 cases were registered against Telgi. Twelve cases were registered in Maharashtra alone. However, his connections with top-notch people in the system kept him away from the grasp of law. The scam was unearthed and Telgi was arrested in 2001 and the investigators found the links with many politicians and senior police officials. The investigators revealed that Telgi had 36 properties across country with 123 bank accounts on 18 cities including big cities like Mumbai, Chennai, Bangalore, Delhi and Indore.