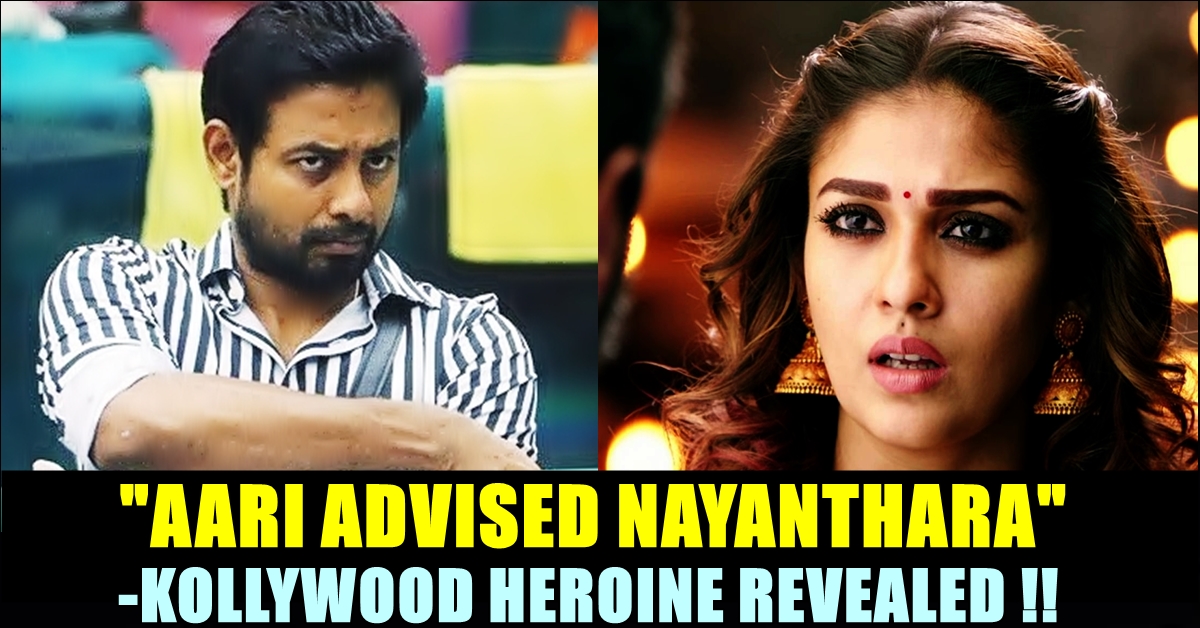 Aari Arjunan, one of the promising contestants of Bigg Boss season four, is highly expected to clinch the trophy. He gained a separate fan base for himself through his stint inside the Bigg Boss house and also receiving criticism from a set of viewers. Now, actress Aishwarya Dutta, Kollywood actress and former Bigg Boss contestant shared about some of the interesting facts about Aari as she had shared screen space with him in an upcoming movie named as “Aleka”. She revealed that Aari even advised to Lady Super star Nayanthara while acting with her in “Maaya”, a 2015 released horror flick.

Aari Arjunan, one of the toughest contestants of the Kamal Haasan hosting show, is currently facing the heat inside the Bigg Boss house as the show is nearing its end. Almost all the contestants who are competing for the title are locking horns with him for various reasons. They have also nominated him for the eviction but with the help of his huge fan base, Aari is managing to survive inside the house. One of the main accusations that is being kept against Aari by his co-contestants is that he is always advising others and only pointing out the mistakes of them.

Now, in a recent interaction with a private youtube channel, Aishwarya Dutta said that Aari should be a good director. The former Bigg Boss contestant acted with Aari in a movie named as “Aleka” which is slated for the theatrical release. Trailer of the film got released recently and promised a romantic thriller to the audience. Aishwarya Dutta, while talking about Aari, said that the parents of the contestants understood Aari but contestants couldn’t understand him.

“Relatives and Parents of the contestants even gave them a hint about the good character of Aari but they failed to grasp it.” Aishwarya said while talking about her co-artist. Talking about his habit of advising others, Aishwarya said that Aari could be a very good director. “He acted in “Maaya” film with Nayanthara. He once told me that he even gave some suggestions to Nayanthara herself during the making of “Maaya”. He also gave suggestions to me and to the directors. It helps you in some way. It’s all up to you whether you are taking it or not” the actress said.

Aari entered Tamil film industry through a film named as “Rettai suzhi” and it was produced by Director Shankar. He came in to prominence after playing the role “Murugan” in “Nedunchalai”. After acting in a number of films inlcuding “Maalai Pozhuthin Mayakathike”, “Dharani”, Aari acted in the horror flick “Maaya” which had actress Nayanthara in the lead role. It was Nayanthara’s 50th film in her acting career. The film is being considered as one of the best horror films in Tamil film industry and also became one of the highest grossing films of the year.

A video of Aari sharing about his experience with Nayanthara is also doing rounds in social media platforms. In the video Aari could be seen saying that Nayanthara is an artist who accepts suggestions from her co-stars. Watch the video below :

“Bhagavan” and “Alekha” are the upcoming projects of Aari Arjuna whereas Nayanthara is currently busy acting in heroine centric films such as Nizhal, Nettri Kann etc. She is also committed to play Rajinikanth’s pair in his upcoming film “Annaththe”.

Comment your views on this statement of Aishwarya about Aari !!