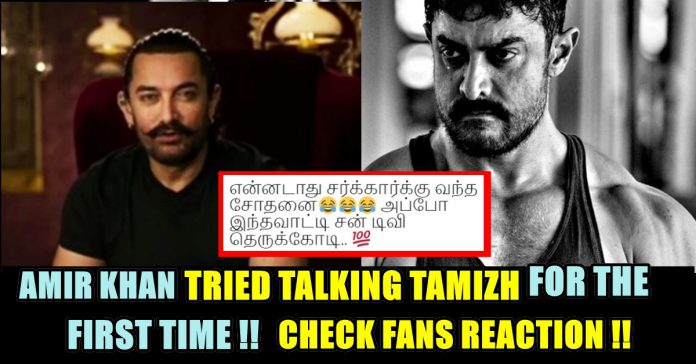 The makers of Thugs of Hindostan have come up with an innovative way to announce the release of the film in Tamil and Telugu. The adventure fantasy fiction starring Aamir Khan and Amitabh Bachchan is all set to release this Diwali. My first attempt at Tamil. Hope you like it. Love. a #ThugsOfHindostan | @yrf | @tohthefilm | @amitabhbachchan | @katrinakaif | @fatimasanashaikh

The two actors, who are all set to share screen space for the first time, introduced themselves first and then announced the release of the film during Diwali. 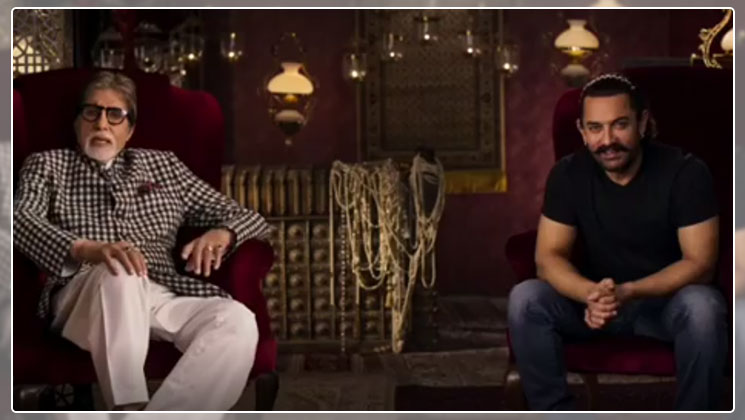 Reportedly set in the backdrop of India under the British rule in the 19th century, Thugs of Hindostan is inspired by Philip Meadows Taylor’s 1839 novel Confessions of a Thug. It revolves around the life of a thug and his gang who challenge the British Empire in the country. 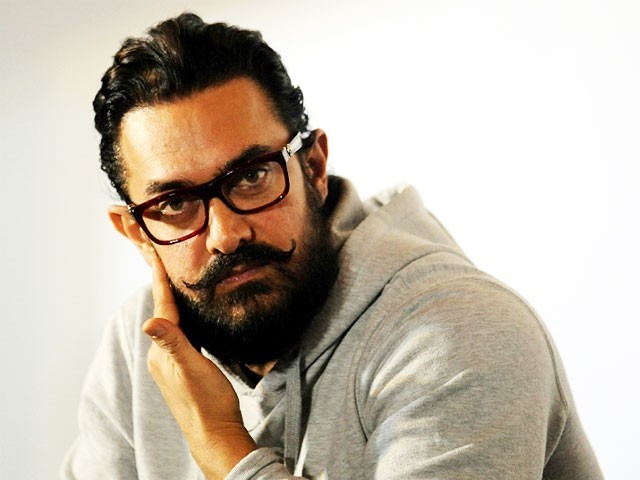 On seeing Aamir khan trying to talk in English, fans really enjoyed and welcomed his arrival to Tamizh. Aamair also asked the fans “how was it??” Check out fans reactions :

Superb now you are ready to be casted in a Tamil language movie alongside Kamal Hasan. #ThugsOfHindostan

Lovely bro , sure Tamil people will welcome It in Grand way.Wish you can release [email protected] one In chinese too , you have a huge fan base here 🙏

Lovely bro , sure Tamil people will welcome It in Grand way.Wish you can release [email protected] one In chinese too , you have a huge fan base here 🙏

Kalakkunga sir all the best😍😇💗

Great effort ji. All d best for your film but unfortunately vijay’s Sarkar is also releasing on Diwali so our first preference will always be Sarkar.

Sir, You are having more fanbase in TN 😍😍 we love u and support for you 😎

Did not understand anything but it sounds good 😈

Full approval from a Tamilian!!Well done https://t.co/nXydJKaBPB must have cooled & won the hearts of all Tamilians who have their Tamil Pride.
Some have been comparing Thugs with POC & jumping to conclusions even b4 watching the movie.Unfair of them.

Sir i am huge fan of Ur acting ,i became ur fan after watching 3idiots ,Tamil peoples will welcome ur movie ,All the best sir .