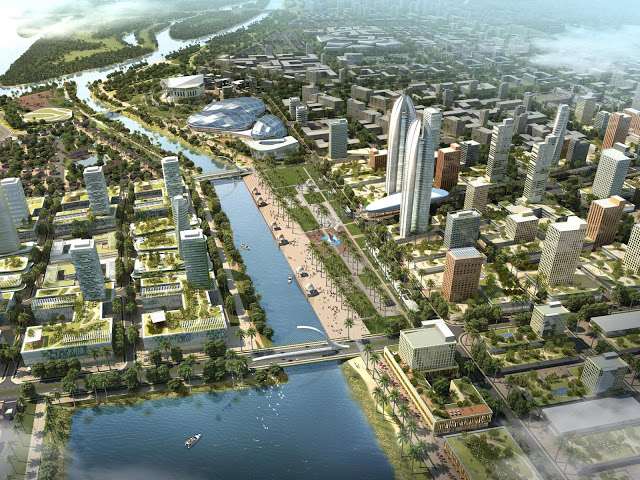 History was made today as Prime Minister Narendra Modi laid the foundation stone for Amaravati, the new capital of Andhra Pradesh, on the banks of the river Krishna.

Checkout the 12 interesting facts about Amaravati

01. Amravati, is the ancient capital of the Satavahanas in the Vijayawada- Guntur region. Reports says that ‘vastu balam’ and ‘peru balam’ was kept in mind before naming the new capital region.

02. Situated on the banks of the Krishna, the ancient city takes its name from the Lord Amareswara temple within its precincts. It was once also known as ‘Dakshina Kashi’.  (Kashi of the south).

03. Amaravati has a plethora of touches with Buddhist significance.  Legend has it that Lord Buddha once visited, besides King Ashoka and Chinese traveller Hsuan Tsang.

04. CM Chandrababu Naidu government has acquired 33,000 acres of land for the new capital.

05. Amaravati is being developed through a partnership with the Singapore government.  The master plan is being prepared by Surbana International Consultants and Jurong Consultants, both Singapore-based agencies.

06. The Singapore government has appointed a diplomat of Indian origin Gopinath Pillai as its envoy to Andhra to oversee the project. The new capital will also incorporate “ideas from Japan”.

09.  Gannavaran airport (in Vijayayawada) will be  developed into an international airport. A spanking new airport to be built in Mangalagiri, 20 km away. A third airport is likely to be constructed in Karnool in Rayalaseema region.

10. Kakinada-Pondichery canal, Machilipatnam-capital canal, Rajahmundry to Badrachalam canal, and Capital to Nagarjuna Sagar in river Krishna, to be developed as inland waterways for transportation and tourism.

11. The Amaravati capital region, which has a current population of 5 million, is slated to be inhabited by 11 million people by 2030; and a whopping 20 million by 2050.

12. Amaravati is planned to be operated with renewable energy on a full scale and many research and development institutes are included in the plan.