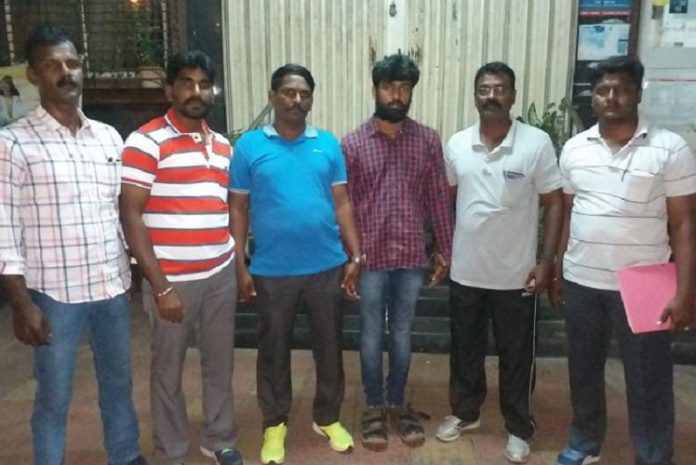 Dhasvanth, the 23 year old techie, who is the alleged accused in the case of sexual  abuse and murder of Hasini, the 7 year-old girl escaped thrice from the police department.

At the first instance, when Dhasvanth was arrested by the police after being accused of sexual harassment and murder, he was granted bail after his father applied for one. The  bail was granted on technical grounds. The police arbitrarily used the Goondas Act and did not file the chargesheet on time, allowing him to get bail from the Madras High Court.

Second time he was let go when, soon after he was granted bail, Hasini’s father lodged a complaint against Dhasvanth, stating that he received death threats from Dhasvanth claiming that Dhasvanth would kill his son if sues Dhasvanth. No serious actions were taken by the police in regard of the complaint.

A few days later he was granted the bail, he allegedly killed his very own mother and eloped with her jewellery. According to reports, he ran away to Mumbai with the help of an accused he befriended in Puzhal prison when he was booked under goondas act.

However the cops managed to trace and arrest him in Mumbai after they received a tipoff.

The Mumbai Police had been put on high alert and all local police stations and DCPs have been asked to keep an eye out for Dhasvanth in their jurisdiction.

The police had got statements from two history sheeters James and Daviid, whom Dhasvanth had spent time with in jail. They had allegedly helped him pawn his mother’s jewellery. And while this has led police to further suspect Dhasvanth’s role in the murder, one investigating official told TNM that it is hard to believe that he would kill his own mother.

Police had suspected that Dhasvanth had taken a long-distance train from Chennai Central and had been on his tail.

On Thursday, a top police official had told TNM that he had escaped while he was being taken to the toilet. According to reports, Dhasvanth, who was handcuffed, had been taken to Hotel Satellite in Vile Parle area of Mumbai. While the accused’s escort was having lunch, Dhasvanth had reportedly pushed other police officers and managed to flee.

But again the police arrested him. According to reports he was found a few kilometres from where he had escaped. Reports suggest that he will be produced before a magistrate in Mumbai on Friday before being brought to Chennai.