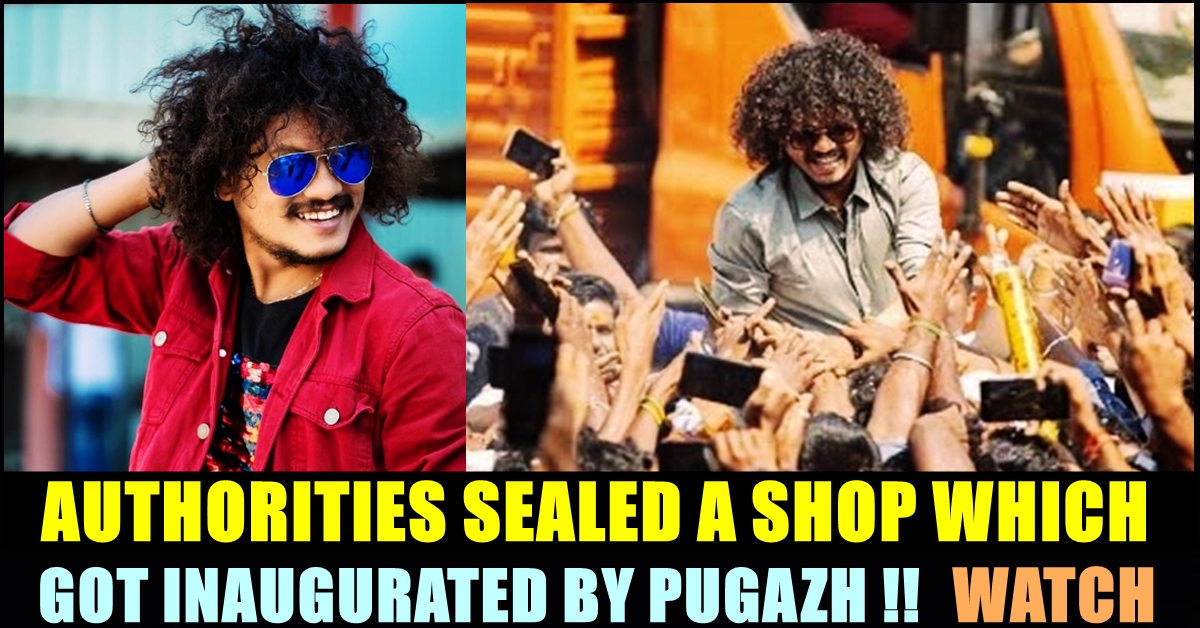 Pugazh who rose to fame through the widely watched “Cooku with Comali” show, invited to inaugurate a cell phone shop in Vannarapettai, Tirunelveli. After he inaugurated the shop, a huge crowd surrounded him to take pictures and videos with him without following the protocols of COVID 19 virus. Police officers who arrived at the stop, conducted a lathi charge to control the crowd and the new shop got sealed by health department for not following the COVID 19 restrictions.

Pugazh gained huge fame through his humorous one liners and reactions which he delivers in the “Cooku with Comali” show. The aspiring actor is already enjoying a huge fan base among the Television audience who are regularly watching the show. He who came to Chennai from Cuddalore, initially participated and performed in “Sirippuda” show during 2016. However, the much awaited break for him came after he started participating in “Cooku with Comali” show of Vijay TV as a “Comali”.

After gaining fame, the 30 year old actor became busy and started receiving movie opportunities. He who got committed in a movie with Vijay Sethupathi, is also rumoured to be acting with Silambarasan in one of his upcoming movies. He is also doing product endorsements and actively participating in inaugurating stores.

Most recently, the emerging actor inaugurated a cell phone shop in Vannarapettai of Tirunelveli. While he was opening the store in the morning, a huge crowd made their presence around the shop to see Pugazh and to take pictures with him. It is very well known that the restrictions to prevent COVID 19 virus has been strengthened in the state.

Irrespective of the restrictions, the crowd thronged around the car of Pugazh and attempted to take pictures with him. Police officers who received information about the incident, arrived at the spot and conducted a lathi charge to dismantle the crowd.

For not following the COVID 19 restrictions, authorities of Tirunelveli health department closed the newly inaugurated shop and sealed it at the noon. A three day ban to open the shop was imposed with a fine amount of Rs. 5000. The news about the shop which got inaugurated by Pugazh getting sealed is spreading like wild fire among the social media users.

A similar incident took place in Paalayangottai and a case was filed against a shop owner for causing the COVID 19 spread by inviting huge number of crowd to his shop.