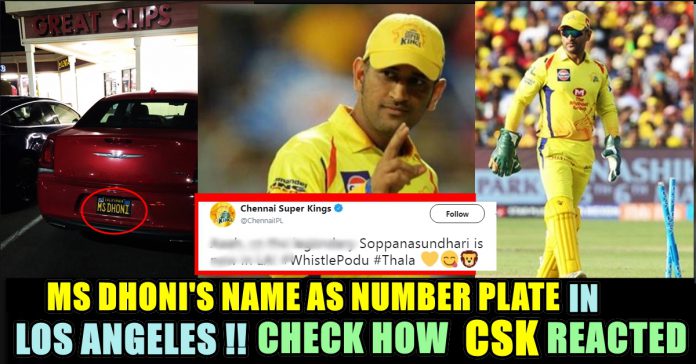 Former Indian captain and leader of Chennai Super Kings, Mahendra Singh Dhoni, has a huge fane base all over the world. Cricket lovers all over the world follow the veteran Indian cricketer not just for his batting prowess but mostly because of his lightning-quick abilities behind the stumps. Recently, a Dhoni fan shared a picture of a car in the United States of America with the nameplate reading ‘MS Dhoni’. Is cricketer presently in Los Angeles? Well, Chennai Super Kings were left amazed as they shared the photograph which revealed that the car actually belonged to one of Dhoni’s fan. 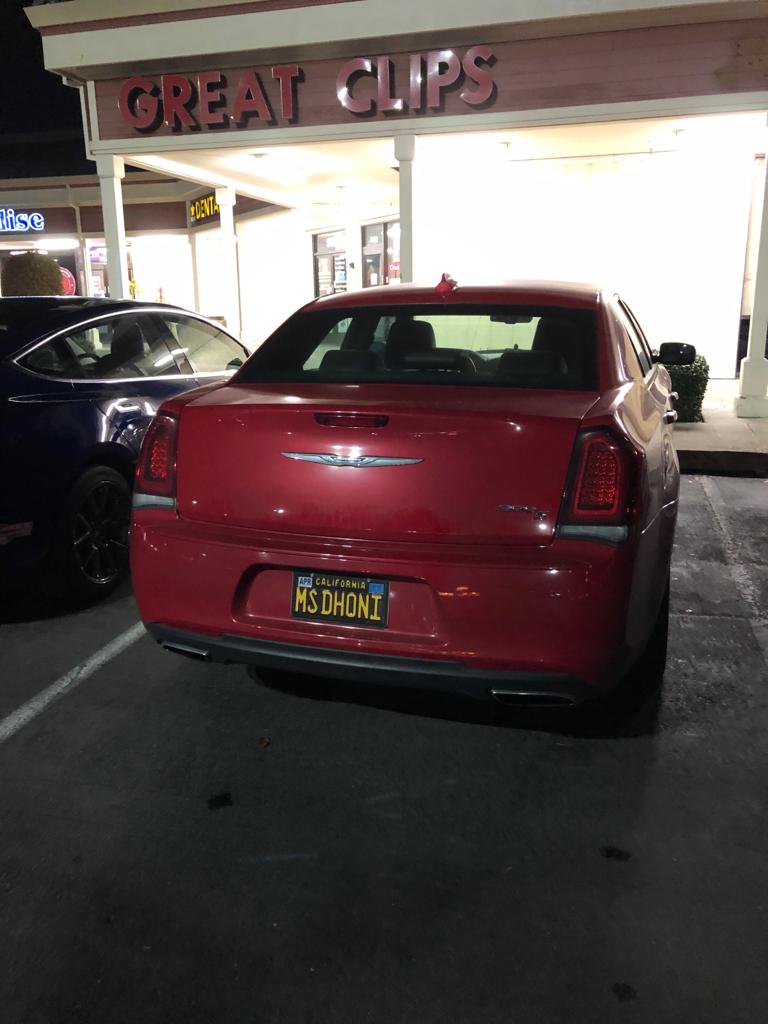 “@ChennaiIPL A Car number in LA. Must be a great fan of MSD. Clicked by one of my friend. #MSD,” tweeted a fan to which CSK’s Twitter handle replied: “Aaah, so the legendary Soppanasundhari is now in LA! #WhistlePodu #Thala”

Dhoni will continue leading Chennai in the forthcoming edition of the lucrative T20 league. 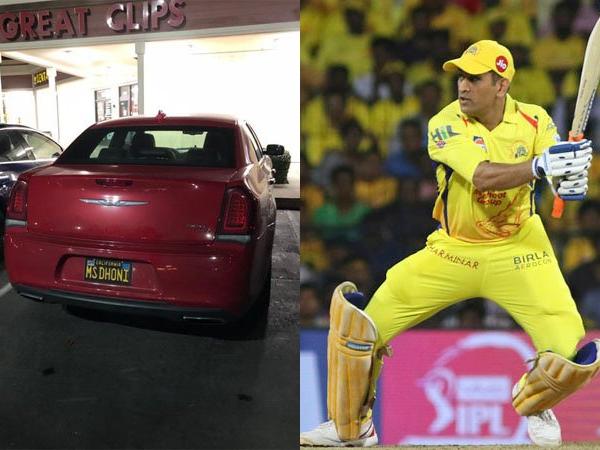 Chennai had earlier roped in Mohit Sharma and RutuRaj Gaikwad from the IPL 2019 auctions.

Haryana-based medium-pacer Mohit was bought for Rs 5 crore while Gaikwad was was lapped up for Rs 20 lakh.

Check out the reactions the post of CSK received :

Meanwhile, Dhoni is presently enjoying his time off the field after he was rested for the T20I series against Australia while the management gave young Rishabh Pant and Dinesh Karthik a chance to prove their worth. The 37-year-old is also not part of the Jharkhand squad in the ongoing Ranji tournament. Dhoni, whose batting abilities has created quite a stir in the cricketing fraternity, is expected to return for the three-match ODI series against Australia that kicks off next year. 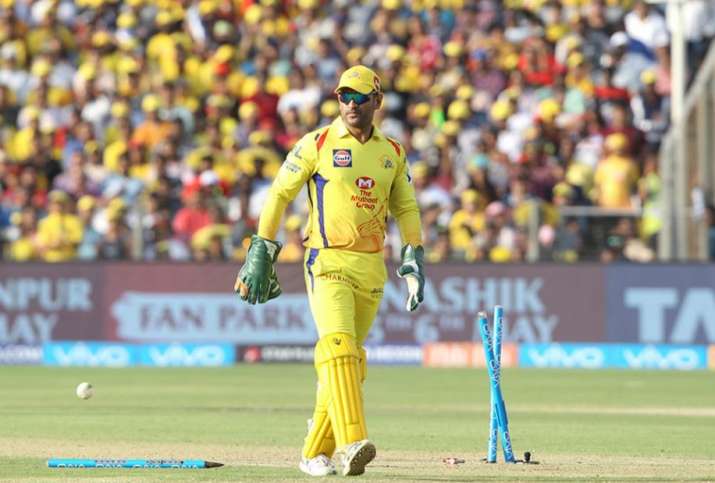