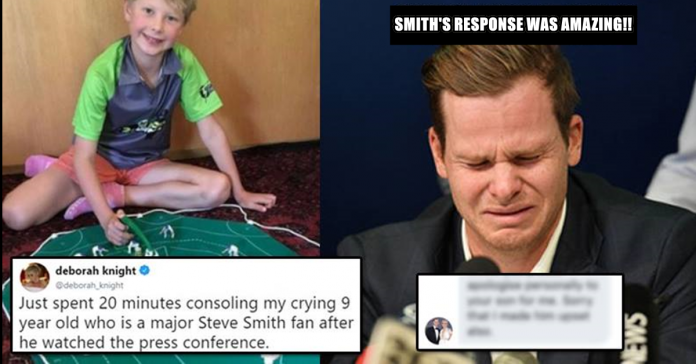 Steve Smith’s involvement in ball tampering scandal has shocked the cricket fans across the world. After a huge discussion, Cricket Australia has banned Smith and Warner for 1 year whereas Bancroft is banned for 9 months.

When Cameron Bancroft fronted the media on Thursday night, he said: “Words don’t mean much in these circumstances, so I will focus on my actions and conduct going forward.”

After the complete incident, Smith, and Warner were treated no less than criminals. They were removed from South Africa and were shamed by the fans. Smith openly admitted about his mistake of getting involved in the scandal and apologized for his fans in a press conference and David Warner went one step ahead and announced his resignation while his press conference. 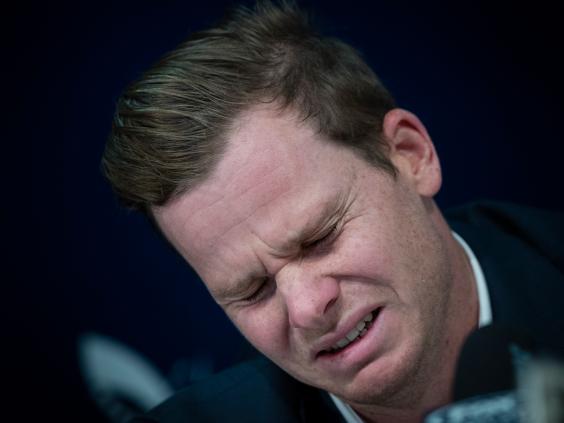 Judging by Steve Smith’s actions, his road to redemption has got off to the perfect start.

Channel Nine presenter Deborah Knight said she had to comfort her nine-year-old son Darcy for 20 minutes after he cried while watching Smith’s tearful press conference at Sydney Airport on Thursday night.

Just spent 20 minutes consoling my crying 9 year old who is a major Steve Smith fan after he watched the press conference. Encouraging him and all kids to write Steve a letter telling him how much you love and admire him.

“Darcy was confused and couldn’t understand why he did what he did and why he got the punishment when he wasn’t the one who did the ball tampering,” Knight told news.com.au.

Knight’s tweet gained plenty of traction on social media and the story only got better on Friday. Seeing her anecdote, Smith reached out to Knight personally, sending her a direct message on Twitter asking her to apologise to Darcy for him.

The son’s mother had direct message conversation with Smith in Twitter. Here is what he said,

Steve Smith – Could you please apologise personally to your son for me. Sorry that I made him upset also.
Deborah – Thank you so much for making contact Steve. My son wants you to know he admires you even more than he did before for the way you are handling yourself in all this. You are loved and admired and we know you will emerge from this stronger than ever. Heal and spend time with your family.
Steve Smith – I’m glad I’ve got his support. Thanks a lot

Further thanking Smith for his humble and kind behavior, she took on Twitter and wrote,

Surprised and humbled that @stevesmith49 has taken time to contact my son directly to personally apologise for making him so upset. He’s told Darcy that he’s glad he his support.

On letting her son know about Steve’s respond Knight said “He is going to be absolutely overwhelmed that Steve Smith has responded to him,”