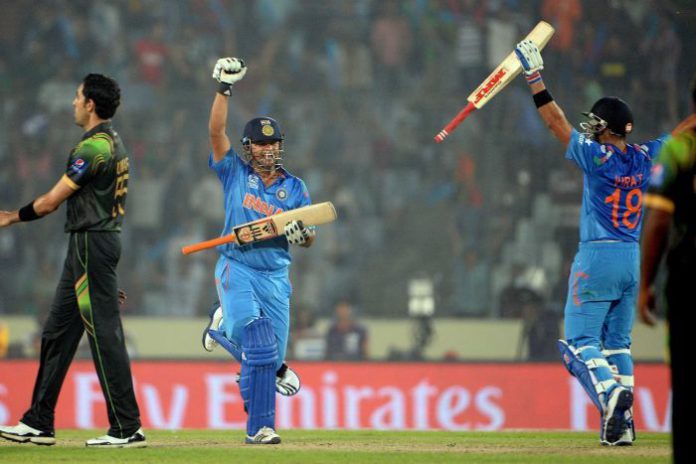 Time is valuable and it adds value too. Anything that happens after a considerable amount of time grabs more attention as against a regular affair. India and Pakistan contests have always been a houseful event but with its declining frequency, thanks to the political tensions between the two countries, it has become all the more precious.
A year after the arch-rivals were locked into a battle during the 50-over World Cup in Australia, India and Pakistan are once again all set to enthrall the world with the cut-throat competitiveness at the on-going Asia Cup T20 in Bangladesh today (27-02-2016).
While India-Pakistan contests are interesting to the core, statistics help in putting it in numbers.
Here are some of the interesting statistics related to the India-Pakistan matches: