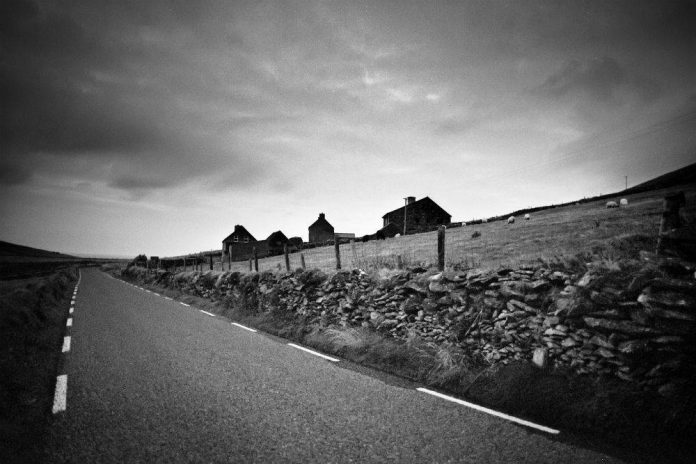 Namma Chennai which is famous for its beaches, temples and various other tourist places, also has its fair share of scary places. Here’s a list of places which are said to be haunted by spirits. Better do not visit these places if you have a faint-heart! Once a bustling bridge built for the benefit of local fishermen, Broken Bridge now leads nowhere. Built in 1967, the bridge saw brighter days facilitating easy movement from Santhome Beach to Elliots Beach, until it collapsed partially in 1977 due to strong currents of the tide. It is believed by the locals that this forgotten route is now the hotbed of paranormal activity. A sunny spot during the day, visited by film crews and youngsters alike, turns eerie and dark in the nights. Stories about spirits of young women who have lost their lives on its edges float about, adding more haunt to this already haunted place. The destructive 2004 Tsunami waves caused serious disaster, washing away this area of Tamil Nadu. Early and untimely deaths lead to wandering souls and haunted spirits. This place is one of the most haunted places of Chennai, known for strange paranormal activities. The spirit of an old man and a child are common sightings of Karikattu Kuppam. The dual ghost sightings have given many people a scare and are terrified beyond their wits to ever visit this place. The first name that comes to mind while discussing about the haunted places in Chennai is the name of De Monte Colony. According to the stories, there was a Portuguese businessman named De Monte, after whom this colony was named. He led a trouble life as his wife was facing mental illness, with that he was also disturbed by the unexpected death of his only son. All these things make him suicide and that led to the rise of rumors near the colony. According to the sources, the ghost of De Mento has been seen roaming on the streets at night or sitting on his rocking chair. People are not allowed to enter in this area even in the day time. What’s more chill your spine, are the incident which took place over here. One of them was the missing of stray dogs to disappear after entering in here. The dilapidated house of Chennai adds more spookiness in making this area one of the scariest places in Chennai. Theosophical Society is one of the spookiest places in Chennai. The premises of this place have seen many ghostly activities and eerie experiences. There is a big banyan tree in this place which is considered as the haunted one. Banyan tree has been a mysterious thing which is largely associated with ghosts, spirits and witches. The banyan tree in Theosophical society and numberless house in the woods are claimed to be haunted and people have experience many freakish things in here. Many people have claimed to hear the screaming and screeching of ghosts/ spirits in this place which make this place more haunted. They say love is blind and one-sided love is painful. Madras Christian College is famous along similar lines, where the college is haunted by a spirit of a one-sided lover who committed suicide at Herber’s Hall after having his heart broken. A lot of mysterious happenings have been reported, including the breaking of windows and pushing of utensils. This definitely proves the fact that not only love hurts, it also haunts. This place in Chennai is different from others. The place is famous for its dullness and thus one can find this place filled with the aura of trauma and paranormal activities. This road is believed to be haunted by the spirit of a young girl who has lost her life in a road accident in here. It’s been said that ever since her spirit is haunting this place and people who travel through this road. Day might be normal, but the night hours of the place increase the level of scary happenings. The drivers who have driven through this road have seen sudden appearance of the girl’s figure from nowhere in between the road This place can be aptly called the suicide hotspot of Chennai.  A number of suicides have been reported in this lane, making it one of the most haunted areas in Chennai, and in India as well. Complimenting the suicidal road are the dense canopies of trees, which prevent sunlight from reaching the ground.  This road is one of the most active bases for paranormal activities and wandering spirits. If you happen to be walking past this area in the evenings, you might be greeted by the spirits of the people who committed suicide here. Valmiki Nagar is home to a haunted house which is lying vacant since the last 10 years. Apartment number F-2 on 3, Seward Road is possessed by the spirit of the house-owner’s daughter who died years ago.  Sobs of the girl along with slamming of doors can be heard throughout the day. There have also been reported instances of screaming from inside the house and a loss of mobile signal if one walks past this place. 2 people tried to investigate the mystery behind this place, but it’s said that they got possessed by the spirit of the girl. Pretty scary, right? This haunted place of Chennai is known for ghost-sightings and strange noises. It’s also one of Chennai’s well known suicide points. Hence it’s not a surprise to hear stories about paranormal activities at this particular place. Interestingly, these paranormal activities are active both during the silent hours of night as well as in the day time. Strange sounds and ghost activities have been felt by people at the later hours of the night.

Previous articleBREAKING: EC Announces The Date For RK Nagar Bypoll Elections
Next article10 Secrets That Girls Generally Share Only With Their GirlFriends !! ONLY !!

The 10th annual Vijay Awards was held on Sunday, June 3 in Chennai. The event was attended by who's who of Tamil film industry. Dhanush,...