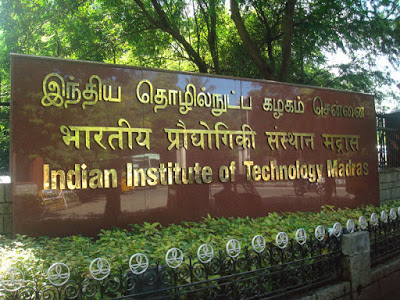 Ah, the IITs! How many dreams come true, how many brilliant minds compete to get in. How many years wasted on studying, mugging, cramming and perfectioning the art of copying in exams. But no matter what one’s perceptions of the IITs are, there is always a veil of desire about them. Amongst the top engineering institutions in India, IIT Madras marks its presence as a topnotch one. Giving a little more push to IIT aspirants, here we go with some little-known yet amazing facts about IIT Madras.

On a lighter note, IIT Madras has the largest population of students who wake up in the mornings to eat their mess food. Inspite of the qualms about the food served on campus, it has registered over 6,380 out of 8,000 students as regular attendees at its mess in the morning, which is by far the largest percentage of any college population in India to attend breakfast as an event. Clearly either the food is terrific or the students really love South Indian food.

IIT Madras has set a record for the list of most awarded faculty in their fields of research. The entire faculty combined has over 50 internationally recognized accolades which includes awards, fellowships, best paper and thesis award. Dr. Anant Agarwal, a distinguished aluminus of IIT Madras, is now a leading researcher in the field of fabless semiconductors, has set up his own company called CTO and has received the Maurice Wilkes Award in computer architecture and is now the Director of the MIT Computer Science and Aritficial Intelligence Laboratory. It just goes to show what the IITians can do.

The IITs have always been famous for this, but IIT Madras takes the icing on the cake. Several companies recruit from IIT Madras with packages in excess of 150,000 $ (90 + lakhs) and the highest till date is 1.5 crores per year. The most popular branches to receive these packages include Computer Science, Mechanical, Electrical and Aeronautics Engineering.

IIT Madras has the honours of being in the World University Rankings list. In 2013-2014, it was ranked at 313, with Civil and Services coming in at Rank 49 and Computer Science at 110. And that’s saying quite a bit, considering there are now over 1,00,000 engineering colleges!

Top500, a global project that details the most powerful supercomputers in the world declared that IIT Madras has the Fastest super computing facility in India with a set of tightly connected computers that work together. Surprisingly, it is also 224th in the World and covers an area of 36 sq.meters.

Shaastra is annual technical festival of IIT Madras. But what makes it so unique is that it was the first certified ISO 9001:2000 students festival in the world with thousands of national and international students racking their brains to show how much of a geek they can really be. But this is actually no joke, as most of the IIT Madras alumni have actually gone on to do great things. E.g.- Kris Gopalakrishnan (co-founder of Infosys and President of Confederation of Indian Industry(CII)).

IIT Madras was founded in 1959 with the technical and financial help of the then Government of West Germany. It was the third IIT to be established for the purpose of educating the masses and delivering world class research facilities. The Government of West Germany saw Chennai as a node in their development process and it’s no surprise now that Chennai produces 40% of India’s automobiles, a field Germany has always been a world leader in.