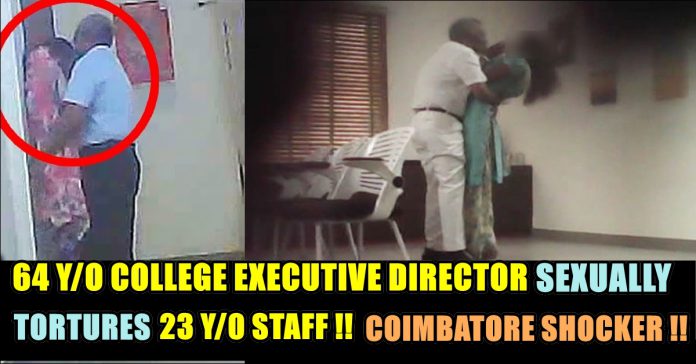 Executive Director of SNS College of Arts and Science sexually harassed a woman is captured and the woman’s Whatsapp conversation with the chief executive of the College who is also the son of the accused goes viral on Internet.

23 year old Kavitha* (Name changed) belongs to Saravanampettai which is located next to Coimbatore. She worked as an Office worker at SNS college of Art & Science which is placed in the same area. Subramanyam is an Exutive Director of the college where she  is working. 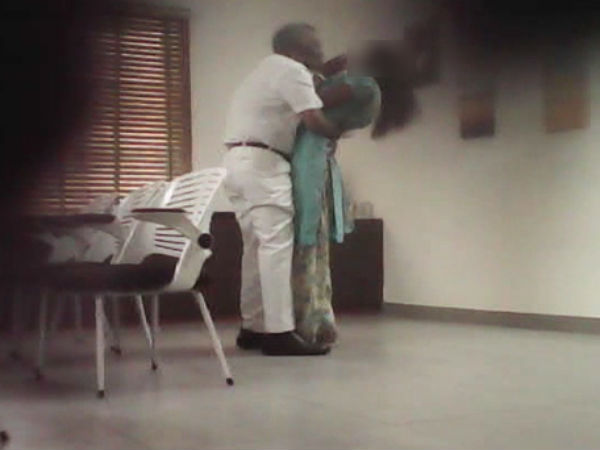 He allegedly kept of hugging and kissing the young female staffs of the college. He sexually harassed many female workers for past two years as per the report in One India.

Chairman of SNS college, Coimbatore has given sex tortures to many girls from the poor family, No media is here to cover the issue ….
Let’s make this Issue a huge one..
1 RT=1 Slipper Shot pic.twitter.com/MEQcEclTjj

Most of the female workers hesitated to reveal his sex tortures and left their jobs concerning their family situations. He also tortured Kavitha sexually for past two years. 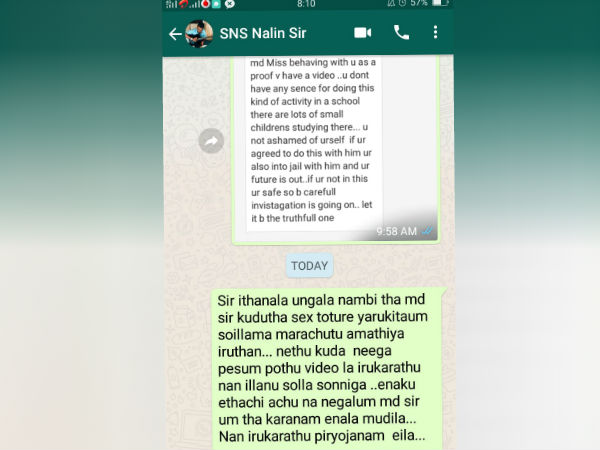 Meanwhile her conversation with Subramaniyam’s son and Chief executive of the college Nalin surfaced. In the conversation she complained about his father’s activities and it is also evident that she says “I have been silent only because of the hope you gave me”.

“Yesterday also you told me to say that I’m not the one in the video. If anything happens to me, it is only because of you and your father. There is no use of me living my life.” 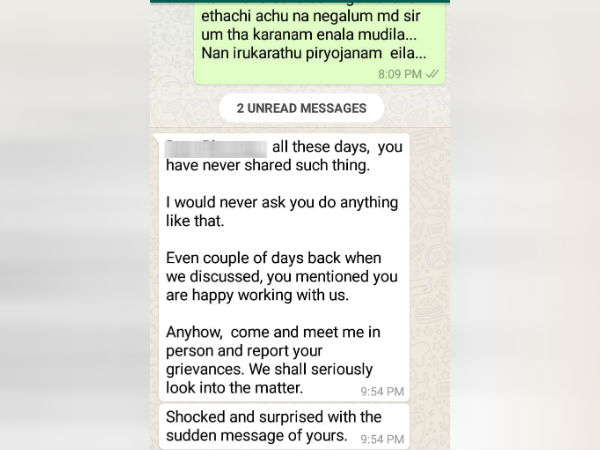 For that Nalin replies that Kavitha never shared such thing all those days. He also says  Kavitha said that she is happy to work with them. He asks her to meet in person to look into the matter.