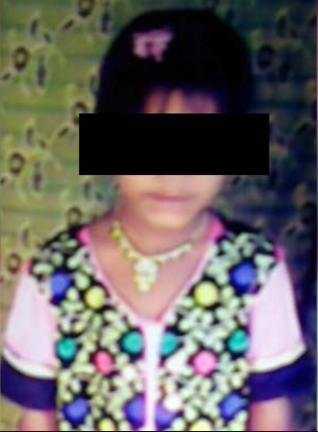 6 Yr Old Raped, Killed And Stored In a Vessel By a 17 Yr Old Boy

manisharajavel
July 5, 2016
Share
Facebook
Twitter
Pinterest
WhatsApp
Even before Tamil Nadu could be a little calm that Swathi’s murderer was caught, there was another horrific news about the gruesome rape and murder of a six-year-old girl by a teenage boy in Salem, located around 160 kms from Coimbatore. The girl’s body was found dumped inside an aluminum vessel.
The shocking crime was committed in Telunganur village situated within the jurisdiction of the Kolathur Police Station limits in Mettur in Salem district on Saturday evening but it came to light only on Sunday.

According to police, the girl, whose father is a fisherman, was studying Class II in a Government School. She was walking on the street when the 17-year-old accused, who is a school dropout, lured her with sweets. He took her to his house and sexually assaulted her, they added.
When the police went to the accuser’s home, he allegedly tried to flee but was held. They detained the teenager and subjected him to intensive grilling. During the questioning, he admitted to having lured the girl with sweets and raped her.
Fearing that she might tell her parents about it, the boy panicked and allegedly strangled her to death. He later hid the body in a large cooking vessel, covered it with a lid and then placed it in the puja room.
Superintendent of Police Amit Kumar Singh said the boy has been arrested on charges of rape and murder. Under the new Juvenile Justice Act, he will be tried as a major.
Previous article9 Interesting Facts About Dreams We Bet You Didn’t Know
Next articleOne More Crime In Chennai.. A Girl & An Old Man Killed