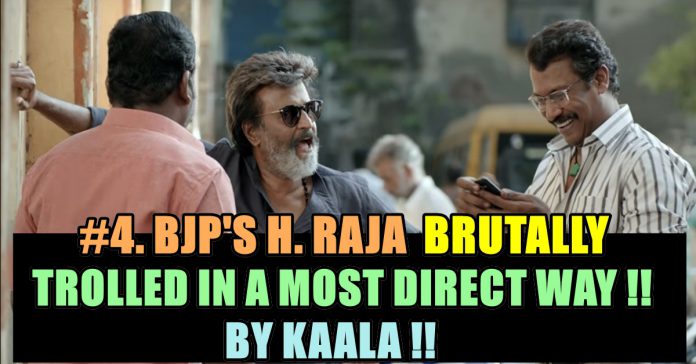 A high-voltage action-packed film with a strong political core, Kaala unleashes Rajinikanth in the garb of a ‘real’ character, instead of the unstoppable comic-strip superman that he has usually played on the big screen in recent years. An appreciably toned-down superstar takes something away from the film’s power to deliver the big thrills but places at its disposal a radical, relevant range of issues that burst out of the confines of the genre and take on a life of their own beyond the persona of the overpowering lead actor.

Pa. Ranjith who is known for his hard-hitting films has kept so many “Metaphors” and “Semiotics” throughout the film. His ideology is evident throughout the film and Rajinikanth portrayed it as Ranjith wanted. The execution was well-planned and delivered and here’s some of the finds that came to our mind while watching the epic political drama.

Kaala who is married to Selvi (Kasthuri rao) and has four sons, four grandsons and a grand daughter is living in “Tharaavi” Bombay. Kaala’s background and his belongings were well explained while his backstory was explained by “Zareena” Kaala’s past love. But Kaala’s real time age was not mentioned verbally throughout the film. We can assume Kaala’s age as 60 years from the 60th Marriage function which would initiate the second half of the movie. The 60th Marriage in India will always be held when the husband reaching his 60th year. In this case Rajinikanth portrayed 60 years “Karikalan” in the movie “Kaala”.

There will be a scene where Kaala goes to meet “Zareena” in her apartment accompanying a teenage boy in a two wheeler. When the villain group tries to murder “Kaala” they hung the teenage boy who tears the banner of “Hari Dhatha” by pelting stone. The boy was referred as “Bheemji” in the escaping scene by Kaala’s men which was the twitter handle name of Director Pa. Ranjith. The boy was previously seen in the entry scene of “Kaala” while informing Kaala about the demolishing.

In the climax it is seen that white dressed “Hari Dhadha” being devastated by the people of “Dharavi”. The people will initially use the color “Black” to stop him from implementing his plan. Then they will use the color “Red” to hit him with. And the last color used to damage the villain is “Blue”. These three colors means a lot in the World of Politics. The Black color refers to “Perirayirsm”. Blackshirts are members of the anti-religious, atheist quasi-political organization Dravidar Kazhagam in Tamilnadu founded by “Periiyar” .The members wear black shirts to mock and protest the saffron vestments of Hindu religious leaders and sadhus as black is generally associated with death and bad-luck in contrast with saffron’s auspicious association. The color “Red” related to Communism and the color “Blue” related to “Ambetkarism”. Besides being Dr Ambedkar’s favourite colour, blue was also the colour of the flag of the party floated by his Scheduled Castes Federation of India in 1942, retired Indian Police Service (IPS) officer SR Darapuri said.

We all know that the whole film’s ideology is to mock BJP Government who are oppressing the people of slum in the country India in name of “Digital India”. A scene surfaced in the movie where they mocked BJP Secretary H.Raja. In the scene where Ramesh Tilak is seen reporting news a banner behind him will be seen with the wordings

“Singara Chennai is no longer a dream” – H.JARA.

This openly mocks H.Raja. who is the secretary and spokesperson of BJP in Tamilnadu.

Karikalan, a son of “Vengayan” from Thirunelveli. In the film the portions of “Vengayan” and young “Kaala” will be showed in animated format where the father will be look so much similar to “Periyar. E. Ve. Ramasamy” the great Indian social activist and politician who started the Self-Respect movement and Dravidar Kazhagam. Though the long beard and glass is missing there will be no wonder if the director took reference from the political icon As Pa. Ranjith is an ardent follower of “Periyar” 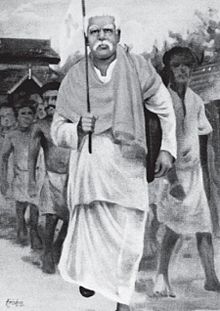 As Hindutva’s are celebrating Ram in Ramayanam, this film completely changed the perception and portrayed the protagonist as “Raavanan” and semiotically denoting the Antagonist as “Ram” through statues and Poojas. This is clearly showed through chronological explanation when the Massive riot taking place in “Dharavi” and Peaceful Pooja held in Hari Dhadha’s home. 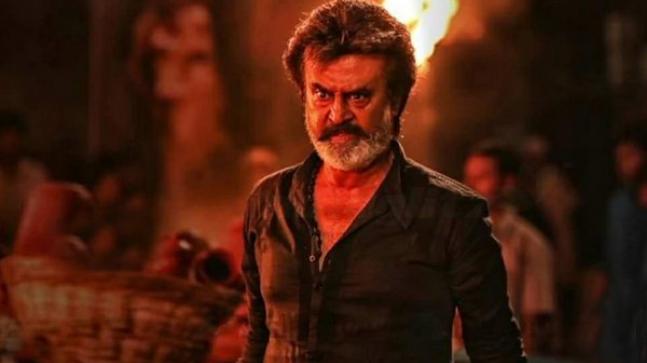 Dr. Bhimrao Ramji Ambedkar popularly known as Babasaheb, was an Indian jurist, economist, politician and social reformer who inspired the Dalit Buddhist movement  and campaigned against social discrimination against Untouchables, while also supporting the rights of women and labour. Ambedkar’s first wife Ramabai died in 1935 after a long illness. He went to Bombay for treatment for his illness, and there he met Dr. Sharada Kabir with whom he spent his rest of the life. Similar way , Kaala’s wife Selvi died and he is seen spending his rest of the time with Zareena.