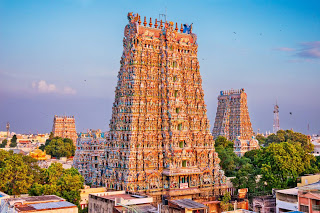 North India, with its famous Moghul era palaces and forts, might be the country’s most popular tourist destination, but Tamil Nadu in the south has an equally rich and undiscovered history. The state is where India’s major temple cultural complexes are, and some are so large that they’re considered minicities. There’s Meenakshi Temple in Madurai, a sprawling complex dedicated to a powerful female deity, Brihadeeswarar Temple in Thanjavur, built by the ancient Cholas, one of India’s greatest dynasties, and several hundred other temples dotting the countryside and brimming with art carvings dating back as far as the 9th century. But temples aren’t the only cultural hit: the region of Chettinad has more than 50 villages filled with 18th century mansions of carved Burma teak. It also boasts cuisine that is among the spiciest and most aromatic in the country and often served on banana leaves. Limited infrastructure in Tamil Nadu made accessibility a challenge for travelers, but the recent burst of boutique hotels is changing that. Over a dozen properties recently opened or on their way to debuting includeChidambara Vilas and the Bangala in Chettinad, Heritage Madurai in Madurai and Ideal River Vira Resort in Thanjavur.