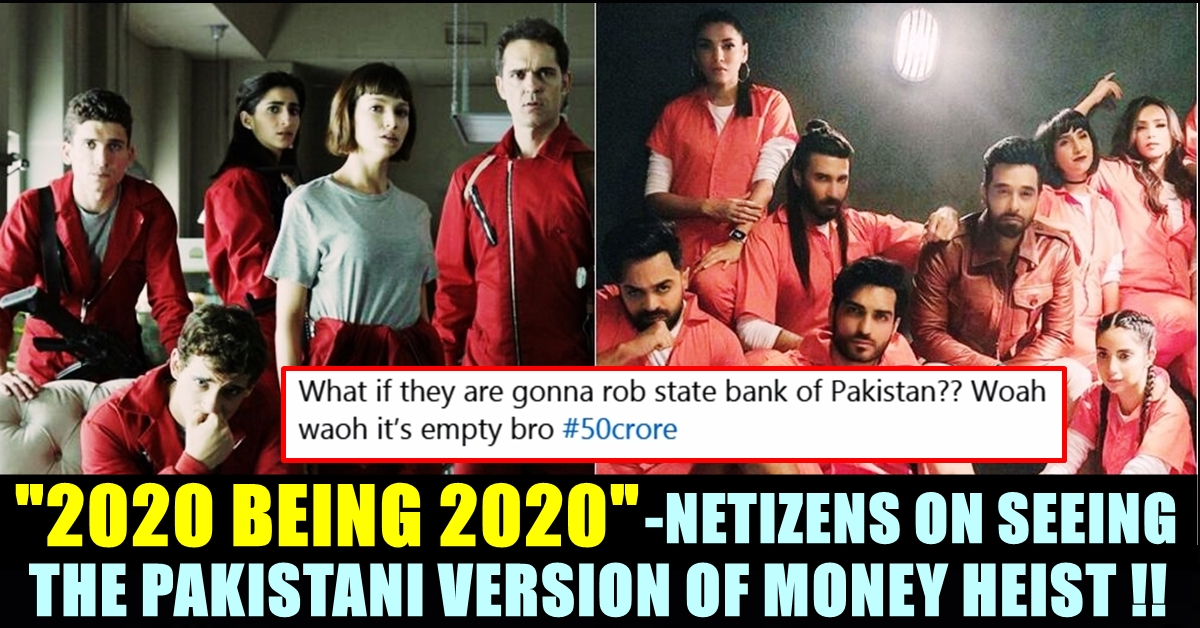 Fans for La casa De papel aka Money Heist is increasing in India in daily manner. As the fourth season of the series released recently, people of the country who finding ways to kill the Quarantine boredom, started watching the series in Netflix it seems. We have been witnessing many memes and videos in social media platforms regarding the series for past few days.

The series which garnered fans from all over the world with its previous three parts, didn’t fail to impress its followers in the fourth part as well. With compelling characters, chronological narrative structure and most importantly the intricate heist which makes the viewers to reach the edge of their seat for every scene gained the series a global level acclaim.

Binge watchers from our country are no exception which is evident through the memes and write-ups surfaced in social media platforms regarding the series since the release of the fourth part. Their obsession towards the series went too far that they started comparing the lead characters of the series with their favourite stars of Indian cinema. Amidst the celebration, now, fans have witnessed the first looks of the Pakistani version of the series recently only to have a meme fest.

Titled it as “50 crores”, makers of the film have released the teaser of it on Sunday. On seeing the similarities between “Money Heist” and “50 crores”, fans started sharing the teaser across social media platforms with hilarious reactions.

The one minute forty second long teaser shows the characters of “50 crores” appearing one by one carrying the mug shot which consists the details of them including name and age. The looks and behaviour of the characters are heavily resembling the prominent characters of “Money Heist” which made people to compare and troll.

“2020 being 2020😂. Pakistan is making the sasta version of #Moneyheist .
Lacasa de photocopy.Uff!” wrote one of a twitter user to point out the lack of originality whereas another one said that “50 crores” is the 240p version of Money Heist.

A Facebook page named as “Troll Web series Tamil” asked what they all are going to do by robbing such small amount.

Check out some of their reactions that surfaced in social media platforms below :

Which bank in Pakistan they're going to rob? 😅 pic.twitter.com/Xmr5PG6Aup

I think to steal is an art itself but I hope they copy it correctly. #MoneyHeist #Pakistan #50Crore

Pakistan is making its own version of Money Hiest. Its called "50 Crore".

I appreciate them for having realistic expectations on how much to anticipate in the State Bank of Pakistan vault.#MoneyHeistPakistan#Moneyheist

God forbid that #Pakistan's film industry ever did anything original… Another flop in the making 🙃#50crore #Lollywood https://t.co/6LxwLkgLEn

Stop ridiculing Pakistani Money Heist because its not a copy, its parody.

We can feel your pain Professor 🥺😂#MoneyHeist #50Crore #professor pic.twitter.com/bY5lmJPaA2

Petition to ban 50 crore for making a cringe copy of money heist and demotivating good storytellers of pakistan.#50Crore #lollywood

Comment your views on Pakistan having their own version of Money heist !!