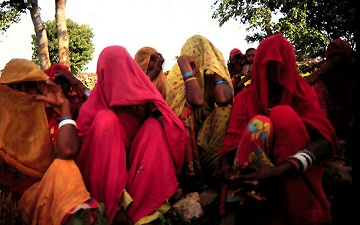 These lists which surfaced in the social internet might be a surprise for outside world.But for the engineering students and alumni of such college,it is not a surprise.

There is a longgg list about the dress code. Girls should not wear “patiala dress”, their hair should be tightly combed,etc,etc..
The list indirectly stats the girls to dress like this –

The college bus seats are partitioned. The front part of the bus is occupied by female students. The middle part of the bus is ‘guarded’ by staffs. They make sure that boys dont talk to girls. If a boy is found talking with a girl in a bus,he will be penalized!

HOSTEL (PUZHAL CENTRAL PRISON) –
Cell phones are not allowed in most of the hostels. Warden always monitors you and insists you to study. Some colleges allows students to use the mobile … But “no romantic ring tones; else, they will evoke ‘romantic feelings’ in students” says the warden!

If you’re found possessing any of electronic gadgets inside the classroom,it will be snatched and broken into pieces!

Yes! Bouncers are there in every engineering colleges.They will be ‘patrolling’ every corridors. If they find you bunking classes or talking with a girl,you will be taken to “ENQUIRY ROOM” where you will be grilled and beaten up!

No interaction between boys and girls!


If you’re found to be talking with a girl,you will be taken to principal for “wrongdoing” and your mobile inbox will be checked. They(college management) ‘believe’ that it is a ‘bad habit’ to talk with an opposite sex.

Further away, at the dining area which has separate seating for girls and boys, a group of men gets alert when they see a girl and a boy talking, and ask them what the issue is. “We target only those who have bad intentions, not all,” says one of them. This scene at J…….r Engineering College is not very different from that at many other engineering colleges. “A boy once helped me in my project. The counsellor immediately called me and publicly humiliated me saying, ‘I am developing bad habits,” says Chitra of P……alar Institute of Technology.  – Information taken from The Hindu


Only handshakes:
In February, students of  a Vellore college were notified by the registrar that they had to henceforth “avoid physical contact” with members of the opposite sex “except for handshakes”. This was in response to the “obscene behaviour” that students sitting in pairs around campus displayed, which had been creating an “embarrassing situation” for others. Surprising no one, the notice mentioned that “such obscene behaviour is against our Indian culture and value system”.  – Information taken from Scroll.in

There are several such ridiculous rules which are  being followed in those engineering colleges.
As an alumnus of such college,I have gone those moral policing within the campus.
We dont want this same to happen to our juniors and the future engineering aspirants!


We are of age and we know which is ‘bad’ and ‘good’. You dont have to worry about it.
A restricted environment will only prompt the students to go against the rules. Leave the students alone and teach them “engineering” !