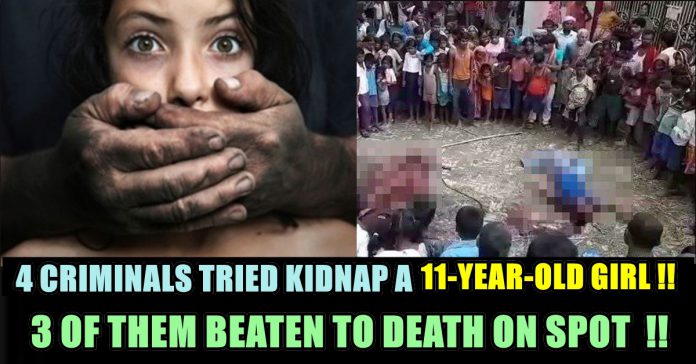 Three men were beaten to death by a mob on Friday which caught hold of them while they were trying to kidnap an 11-year-old girl from inside her school in Bihar’s Begusarai district, 140 kms east of the state capital, police said.

Police said that they were allegedly beaten up by the school students, teachers and villagers when they had forcibly entered a newly constructed primary school at Chhaurahi, to abduct a girl student.

The incident took place at about 10.30 am when four men on two motorcycles reached the primary school in the crime-prone district and started looking for the girl. When headmistress of the school, Neema Kumari informed them that the girl was absent from the school, one of the miscreants pulled out a pistol, seeing which Kumari fainted and collapsed. Panic-stricken students then started screaming and running helter skelter.

A group of women working at a nearby agriculture filed reached the school premises and surrounded the criminals. Other villagers also reached the spot and dragged the three criminals out of the school and thrashed them mercilessly.

One of the criminals died on the spot while two succumbed to their injuries on way to hospital. The fourth criminal managed to flee from the spot.

Begusarai SP Aditya Kumar told HT that a police team reached the spot and rescued the abductors from the clutches of irate mob. They were rushed to sadar hospital where doctor declared them brought dead. The police have started investigating the case. 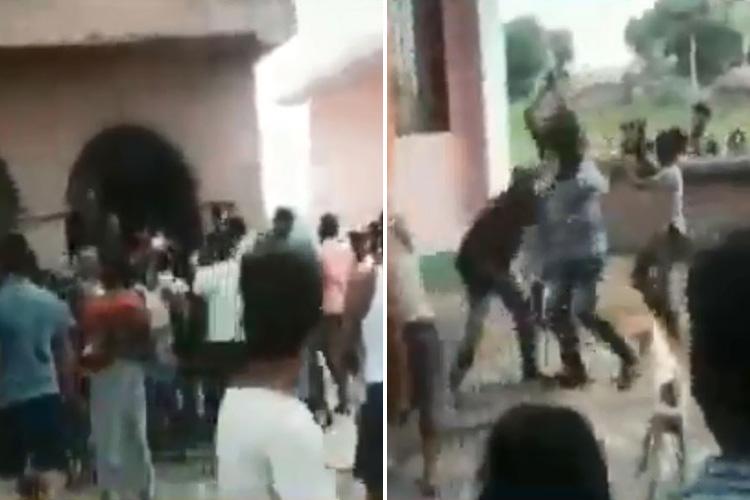 The deceased were identified as Mukesh Mahto, Shyam Singh alias Bauna Singh and his relative Hira Singh a resident of Rosera in Samastipur. The SP said that Mahto, was the brother of a wanted criminal Nagmani Mahto and was involved in several cases of loot and murder. He was recently release from the jail. Bauna was a known criminal who was involved in many criminal cases including murders.

Police did not say why the men tried to kidnap the girl.

Meanwhile, the local people have expressed happiness that ‘justice’ has been served to those responsible for kidnappings and murders.

Friday’s lynching was the fifth such case in Bihar this year and second in Begusarai. Earlier, on March 25, a suspected criminal was lynched at Sinhaul police station area. The district has witnessed more than 80 killings in the last eight months. Bihar has recorded 2055 murders till August this year.