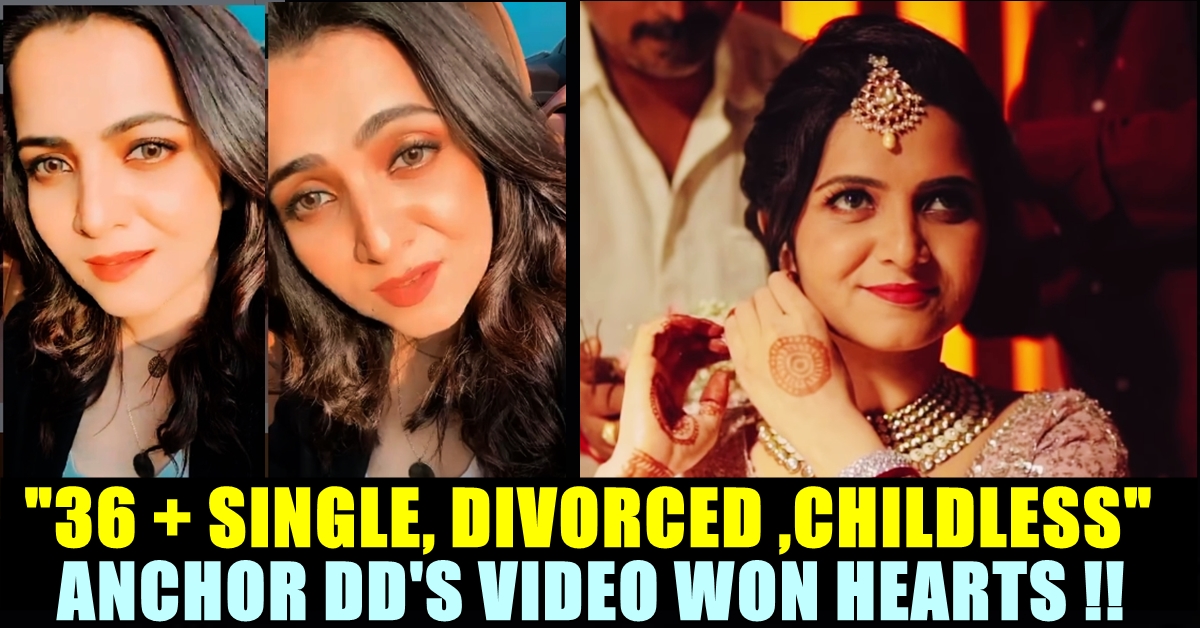 DD Neelakandan who is known for hosting shows in Vijay Television, came up with a heart warming video of the special day that is dedicated to women. She who also appeared in a number of films as an actor, revealed how she feels happy in her 36 despite of being a patient of arthritis, childless, divorcee. The video showed the anchor shaking her legs for the recent chartbuster “Let me tell a Kutty story” from “Master”.

The video showed the anchor holding different charts that says 36 + Single, 36 + Divorced, 36 + Childless (Yet), 36 + Arthritis, But also 36 + Happy, because everybody’s timeline is different. So Enjoy your timeline, Choose you, Choose happiness and Happy Women’s day. She also added that she forgot to mention 36 + sexy in her social media post.

Sharing the video in her official Instagram account, the seasoned TV anchor DD Neelakandan wrote “Everybody’s life is different, Enjoy your timeline Don’t let society’s timeline determine u a failure … HAPPY WOMEN’s DAY Own ur struggles in STYLE” as her caption.

This post garnered huge number of positive reactions from the fans and the colleagues of the host. “LOVE IT! 🔥 also, in 2 months, I get to that number ☺️😜” wrote anchor Bhavana Balakrishnan in the comment section. Prithi Ashwin, wife of Ravichandran Ashwin dropped a heart whereas many celebrities including Ganesh Venkatraman, Kumaran Thangarajan reacting to it in a positive way.

Check out their reaction below :

DD Neelakandan who has a 20 years of experience in TV industry has appeared in few films such as “Power Paandi”, “Whistle”, “Nala Dhamayanthi” etc. She also acted in Gautham Vasudev Menon’s “Dhruva Nakshathram” which is expected to release soon after the lockdown. DD who enjoys more than 19 lakh plus followers in Instagram, is pretty much active in engaging them through her posts.

Director Shankar Rejected Trisha After Seeing This Video Of Her ?? WATCH
“We Need Change” – Young Actress On “Compromise” In Cinema Industry !!