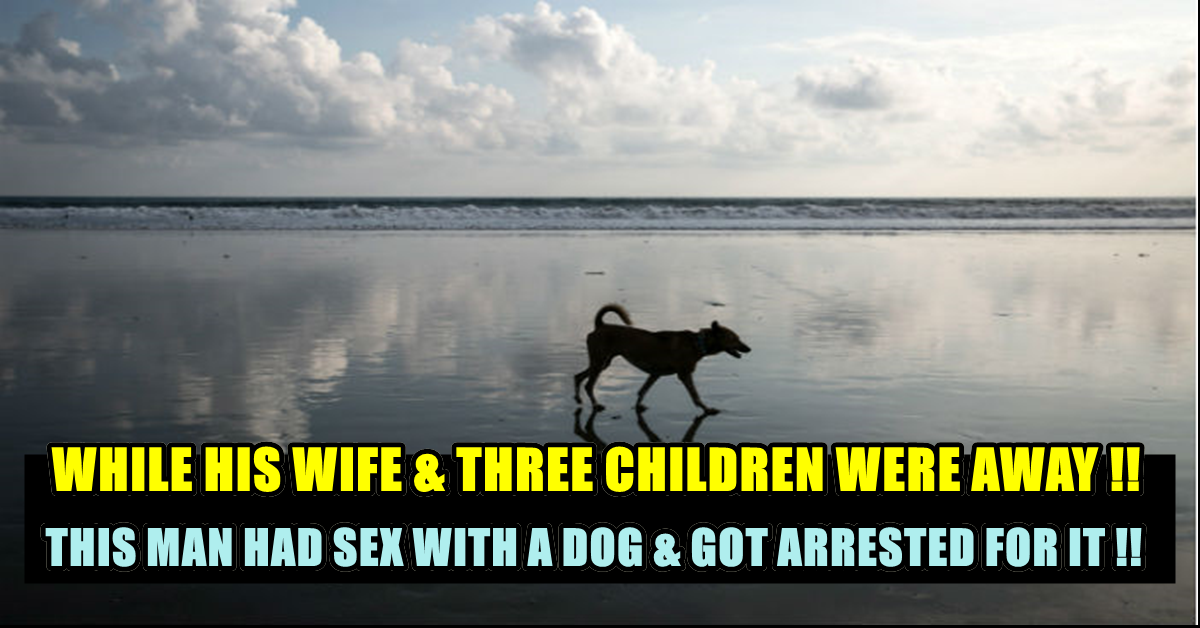 A 35-year-old man was arrested for allegedly dragging a stray dog to his house at Patipukur in Lake Town and having sex with it while his wife and three children were away attending a marriage ceremony at their hometown in Bihar. Police said, the incident was spotted by three young friends who were walking towards Lake Town crossing around 9 pm when they found the man drag the dog to his home inside a paper box manufacture factory.

Seeing the youths approaching, the man left the dog and ran out of the room. The youths took the dog to a veterinary hospital, got it treated and called the police who arrested him later in the night. The man, Kamlesh Mahto is a daily labourer at the paper manufacturing unit and used to stay at the staff quarters. The man has allegedly even confessed to having often pulled street dogs to his room and have sex with them when his family was away.

The man was charged with IPC sections 377 (carnal inter­course against the order of nature with any man, woman or animal). If proved guilty the man can be imprisoned for life.

Even After Soori’s Advice, Mahat Did Not Stop Touching Yaashika Secretly !! Caught On Camera !!
Actor Siddharth Slams Amazon For Their Poor Service !! Says The Company Is An “Epic Fail” !!