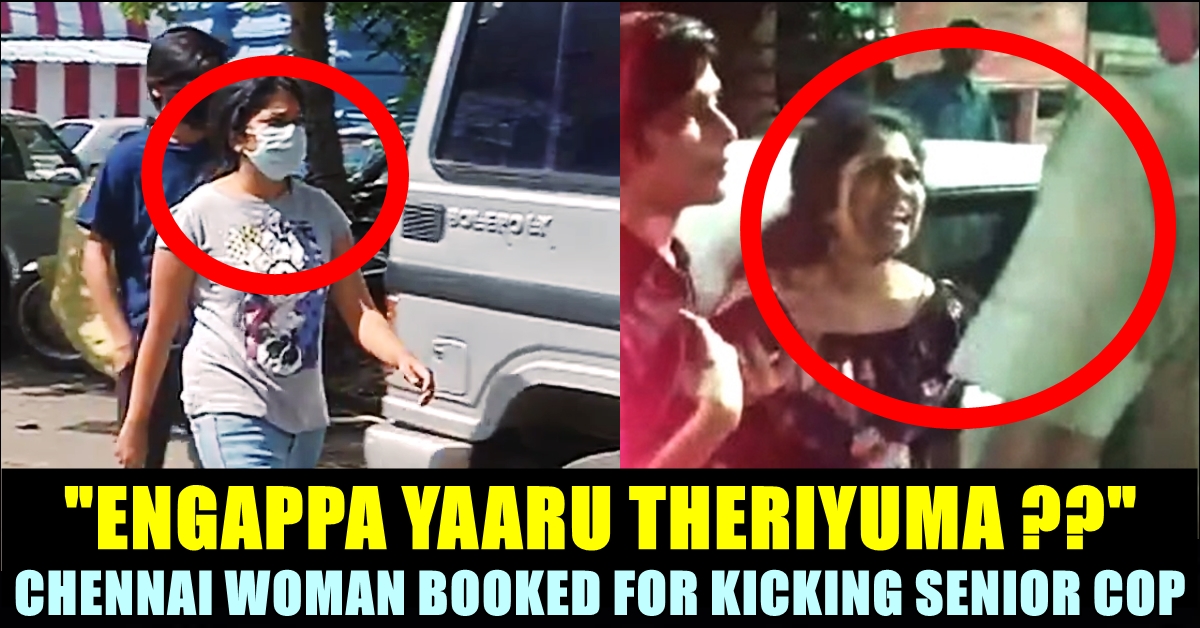 On Saturday, A 28 year old woman abused cops while they are conducting a regular check in at Thiruvanmayur, Chennai. After the video of the incident went viral, the woman named as Kamini was booked under relevant sections for disrespecting cops and for assaulting them physically. The incident took place when a traffic team, led by inspector Mariappan, conducted a police check on South avenue, at Kamarajar Nagar in Thiruvanmayur around 8 : 30 in the evening.

According to police officials, they stopped a hatchback and found that the person behind the wheel, Seshu Prasad (27), was under the influence of alcohol. When he was asked to blow into the breathalyser, the reading reportedly showed 209 mg alcohol content.

Police team was registering a case against the man who is a freelance software developer and resident of Indira Nagar, in Adyar. While initiating the process of seizing the car, Kamini who was in the car, picked a quarrel with the inspector, according to reports. Police identified that Kamini is an assistant director in film industry, living in the Indira Nagar, Adyar.

When the cop got the key of the car, Kamini who got down from it, reportedly asked the Police to go to her house in a disrespectful way. Even after several warnings from the cops, Kamini continued to disrespect the cops which was recorded in the cell phones of the people who were present there. She even lied to Police saying that she works in media. She further threatened Police by using her father’s influence and at point she could be seen kicking the Police.

“She was drunk, used obscene language, and even kicked me. Everything was recorded by the body cameras given to us.” 54 year old Mariappan told the reporters. The Police officer lodged a complaint against the woman in the Thiruvanmayur Police station. For using obscene language, voluntarily causing hurt, for assaulting a from public servant while he was doing his duty, cases were registered under sections 294 (b), 323 and 353 of the Indian penal code.

Video of the incident went viral in the social media platforms with various kind of reactions.