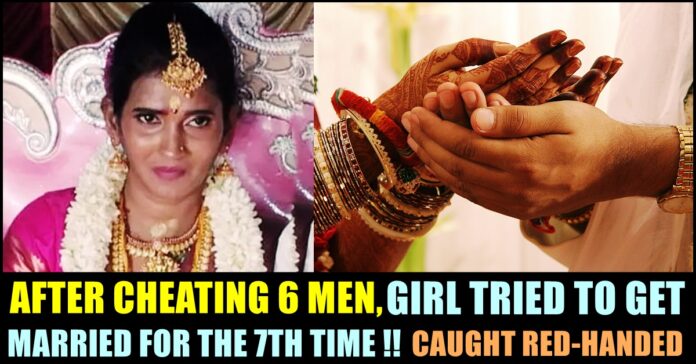 In a first of its kind of crime, A 26 year old woman named Sandhiya caught marrying for the 7th time in her lifetime by cheating 6 men in her lifetime. She has been cheating men by getting money through marriage broker and by absconding within next few days. The incident took place at Namakkal district, Tamil nadu.

On 7th of September, 35 year old Dhanapal who belongs to Kallipalayam near Paramathi Veloor, Namakkal district got married to Sandhya from Madurai. The marriage event took place at a temple with the presence of the relatives of both the groom and bride. For Sandhiya, only three members which includes her elder sister, her husband and a marriage broker named Balamurugan made their presence according to reports. 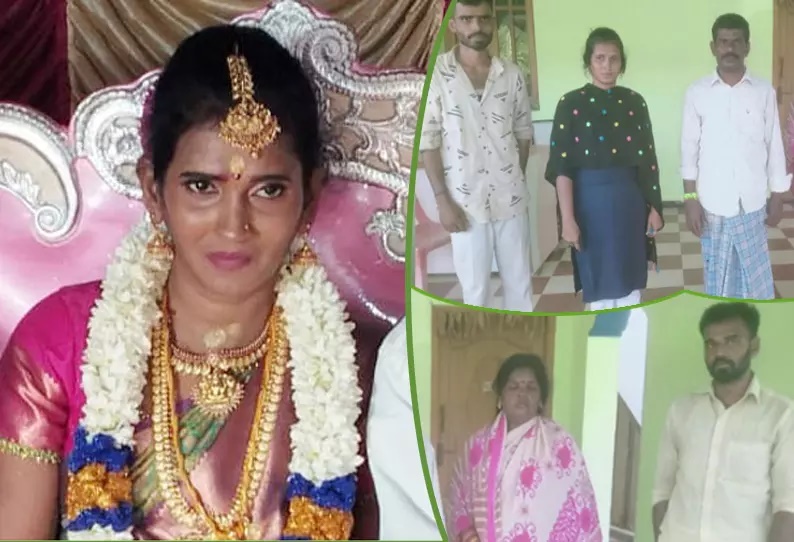 After the marriage event got completed, the broker got Rs. 1.5 lakh as his commission and left, says reports. The individuals started their journey as couple. Dhanapal who was looking forward to lead a happy life with Sandhiya, got shocked on finding her missing on 9th of September, two days after the marriage.

Dhanapal who searched for her in many places, couldn’t find her and phone called Sandhya, her relatives and the marriage broker only to realize that their numbers got switched off. Upon suspicion, Dhanapal who searched his berow, came to know that Sandhya cheated him as her costly marriage saree and other belongings of her went missing. 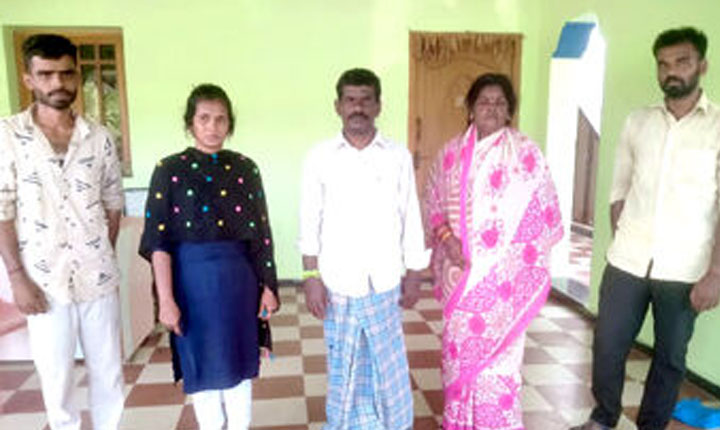 As soon as realizing that he got cheated, Dhanapal informed the Paramathi Velur Police officials. Police filed a case under relevant sections and were investigating the case. In the meantime, another person in the same area was looking for a match through broker. Another broker gave Sandhiya’s photo to the youth’s family. Knowing about Sandhya’s history, the groom’s family expressed their interest to Dhanalakshmi, a marriage broker from Madurai.

They also gave the groom’s photo to the broker and received a reply saying that the girl is also interested in marrying the groom. Marriage was fixed through phone call and Sandhiya arrived at Thiruchengodu with Dhanalakshmi and a relative named Aiyappan.

Balamurugan and family were waiting at the spot and caught the culprits red handed. Sandhiya, female broker Dhanalakshmi and relative Aiyappan were handed over to the Police officials of Paramathi Velur station by Balamurugan and family. In the preliminary investigation, shocking truths about Sandhya and her relatives came out.

It has been reported that the crew got Sandhiya married to 6 men so far and caught while trying to conduct the 7th marriage. They used to get lakhs of money from groom’s family and maintain an intimate relationship with him for two days before absconding with expensive valuables. Police found that similar kind of crimes are taking place through brokers in Madurai district in a wide manner and the further investigations are on.

Previous articleHashtag “Cameo Beggar Vijay” Is Trending !! Check Why
Next article24 y/o Priest Arrested For Marrying A Minor In Tamilnadu !!

Just In : Champion Dwayne Bravo’s Tribute To The Super Champions !! : Awesome Song Hailed By The Fans All Over !!

A vintage Shane Watson put up an exhibition of power-hitting in front of a packed Wankhede crowd as he struck a memorable unbeaten century to...