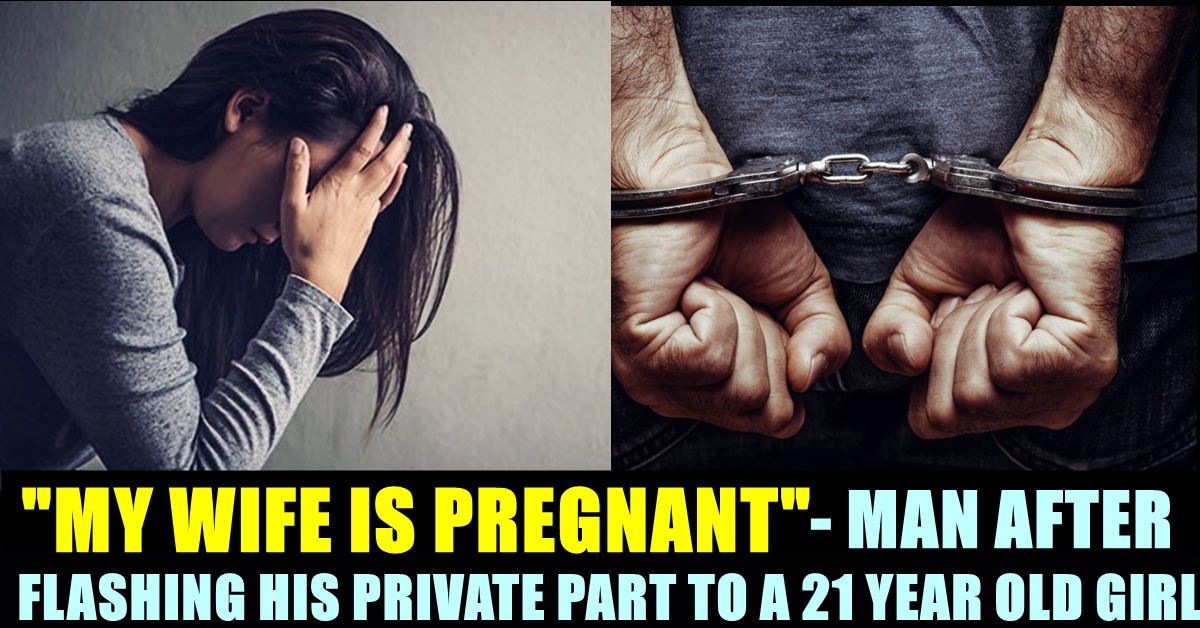 A 24 year old man from Gujarat’s Ahmedabad arrested for flashing his private part in front of a 21 year old law college student. He who left her is an uncomfortable situation, approached her in the pretext of asking for an address. The disgusting incident took place in Navrangpura locality of Ahmedabad in Gujarat. The reason he stated during Police interrogation has shocked the public who are slamming him in social media platforms.

The accused was identified as one Chirag Bhati from Usmanpura Area. On 22nd of January, he who came in a scooter, stopped next to Savitha (name changed), a law student and asked her for an address. While she was helping him with the directions of the address he showed, Chirag unzipped his pant and flashed his private parts to her.

He reportedly made indecent proposals and objectionable remarks about her body which made her extremely uncomfortable and made her to scream for help. However, the accused fled the spot in his two wheeler.

After the trauma, the victim reached police station and registered a complaint against Chirag. The Navrangapura Police started the investigation as the crime took place in their territorial jurisdiction. With the help of the CCTV camera which was planted in the locality, Police identified the accused after going through the footages. On Wednesday, the arrest was made against Chirag from his residence in Usmanpura locality.

During the police interrogation, Chirag accepted his crime and confessed a strange reason for his disgusting act. The accused reportedly stated his wife’s pregnancy as a reason for the shameful act of him. Inspector R J Chudasama said “Bhati told cops that he hadn’t had sex since past three months as his wife was pregnant, and that is why he had committed the offence”, according to Times of India.

An offence of sexual harassment under relevant sections of the law has been registered against the accused. Police are also probing if the accused committed similar crimes in the past. As soon as the news broke out in the media, people slamming the 24 year old.

The news emerged after the controversial judgments of a high court judge who recently ruled that groping did not constitute as sexual harassment under POCSO act unless there was “skin to skin” contact. While the judgment causing debates and protests, the same judge came up with yet another judgment stating “unzipping pants or holding minor’s hand” did not amount to sexual assault under the Protection of Children from Sexual Offences.

“This is sickening to the core and yet such news are considered normal these days.” wrote a social media user on hearing about the news whereas another one said “If it’s his child is a daughter, then I feel so sorry to that girl to have a pervert father . She will never be safe in her life 😣”