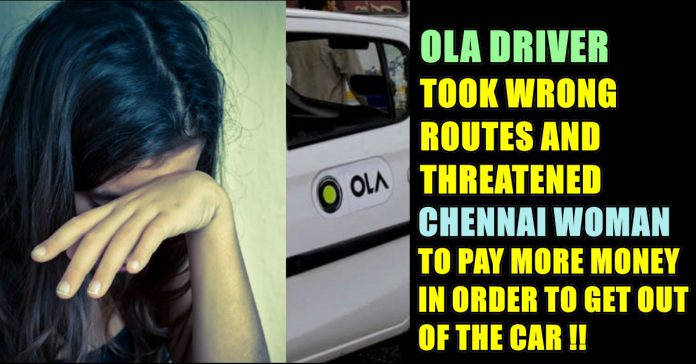 23 year old woman from Chennai who was travelling in OLA cab in a daily basis took OLA Cab with her mother today morning around 8 o’clock. While she dropped her mother in a relative place and returned in the same cab to her office the driver allegedly went through wrong routes and charged the lady with extra amount than the estimated amount. The driver whose name was Mohamed Asadullah also did not let her leave the cab and threatened to pay the money immediately. 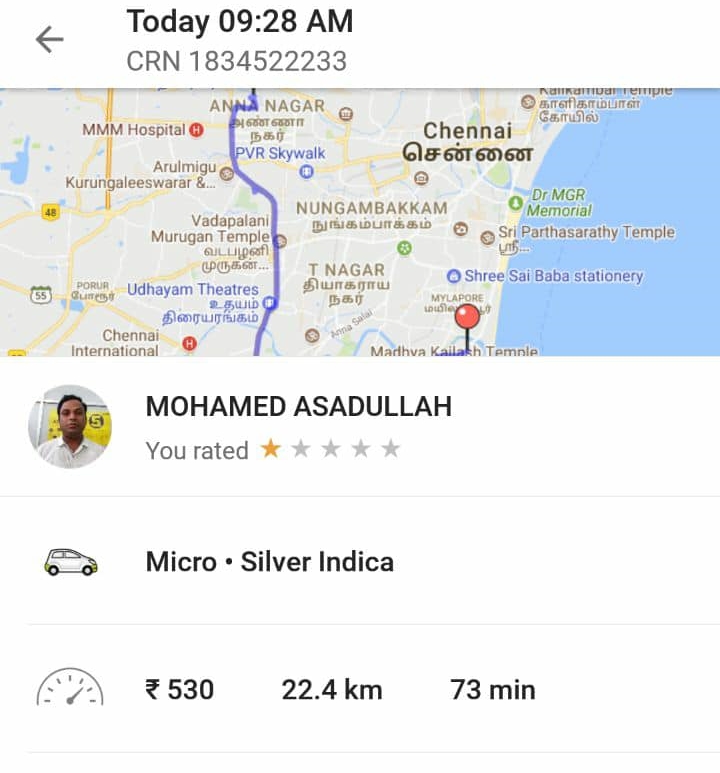 Priya* The woman also frustrated by the customer service of OLA which did not respond her in a helpful manner , asked her to talk in Hindi or English. Though she thought other languages rather than Tamil could not help her to convey what she felt at that time , she was not allowed to talk in Tamil. Instead they repeatedly asked her to call after 5 minutes which resulted her to call more than 5 times and still did not get any positive response from the customer service. 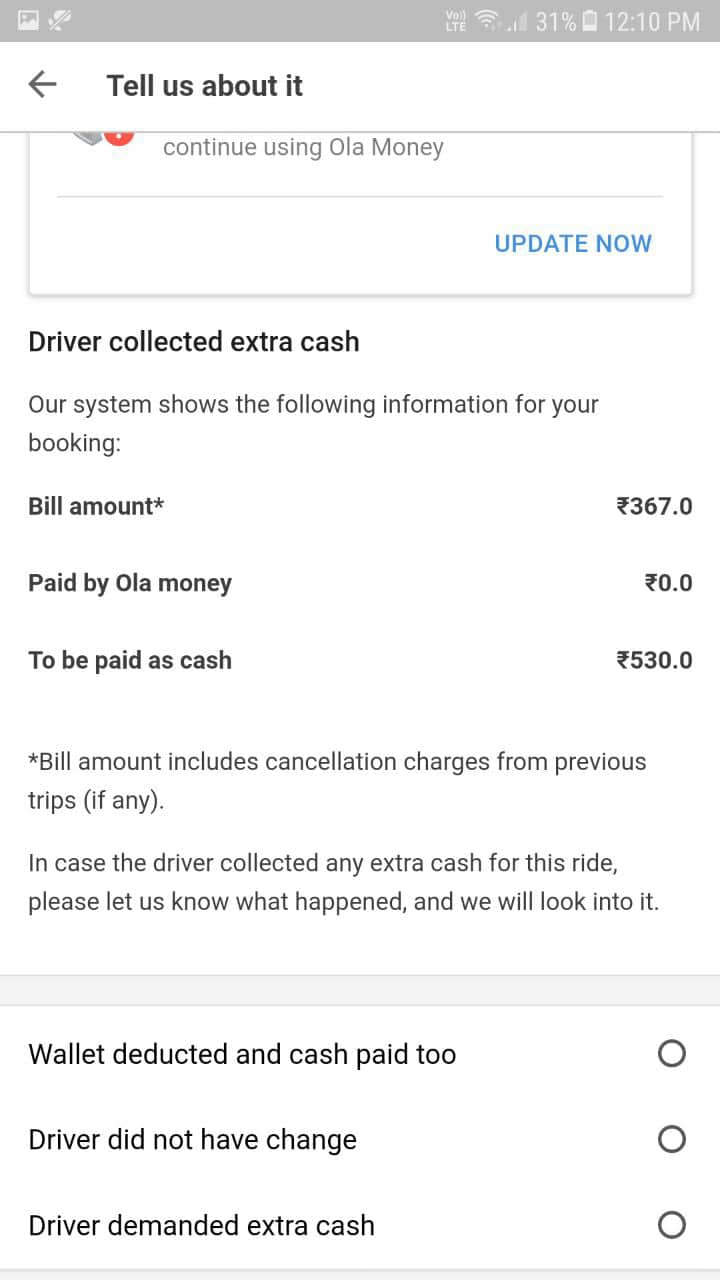 Priya* know the route very well as she is going to her office through the same way daily. At some point she realized that the driver is going in the wrong route. She questioned the driver and reportedly he said “I’m only going by the route Map shows”. He also went some interior routes that Priya was completely not aware of. Panicked Priya tried to press the emergency button repeatedly but it does not seemed working. 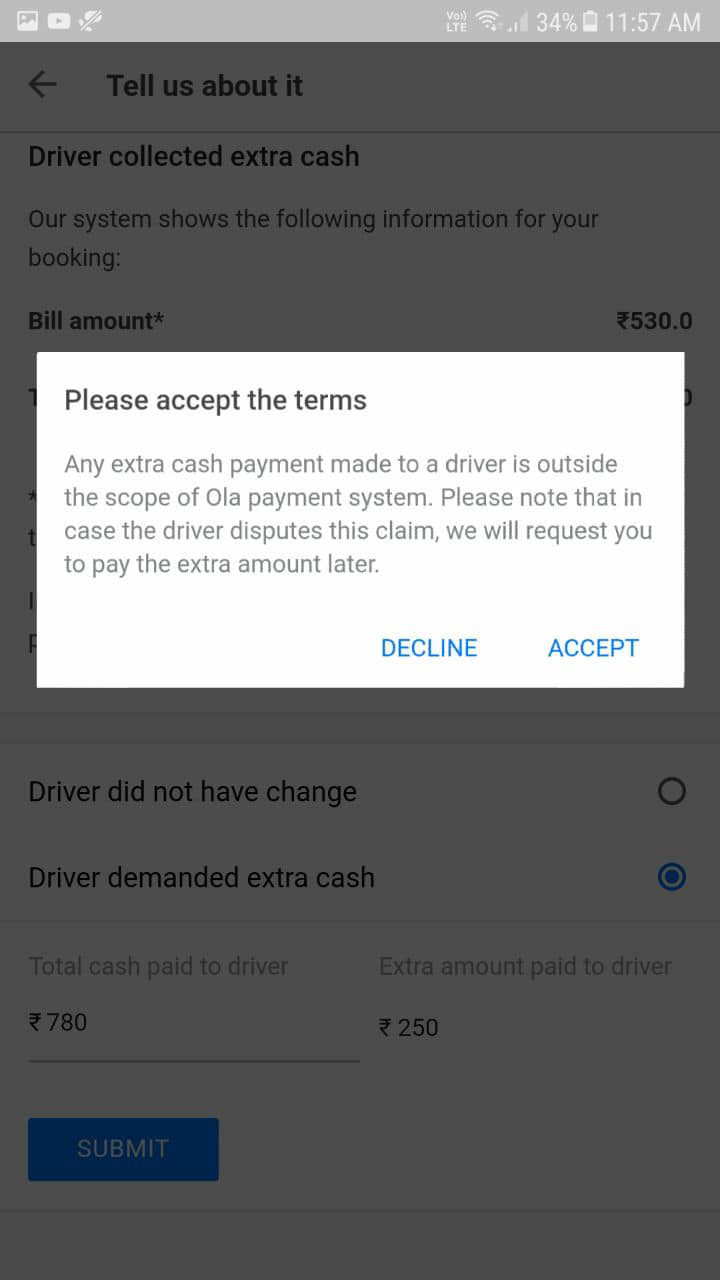 The OLA driver took 73 minutes to reach the destination which is supposed to reach in 44 minutes. To her shock the bill amount is way higher than the estimated amount. The estimated amount which showed while booking the cab was Rs. 367. The amount she asked to pay was Rs.780. While she raised question about this to the driver, he did not responded properly and started to threaten her to pay the money. He also did not let her get out of the cab till paying the money. To avoid the physical harassment from the driver she paid the money and got out. 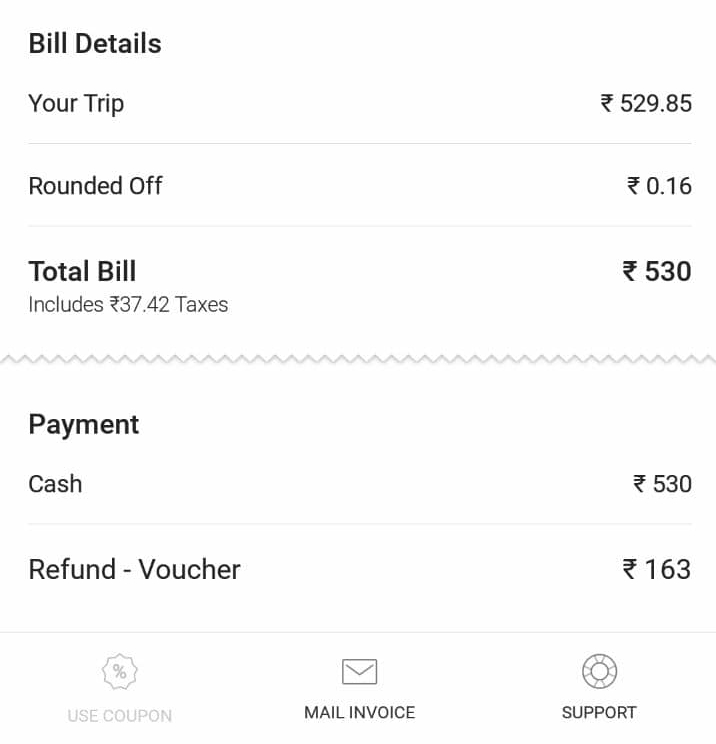 She cannot make it in time to her office which also resulted her loss of pay. After trying several times at last she able to connect to a Tamil speaking OLA customer service agent who continuously says that she want to check it with the OLA Partner that is the driver. 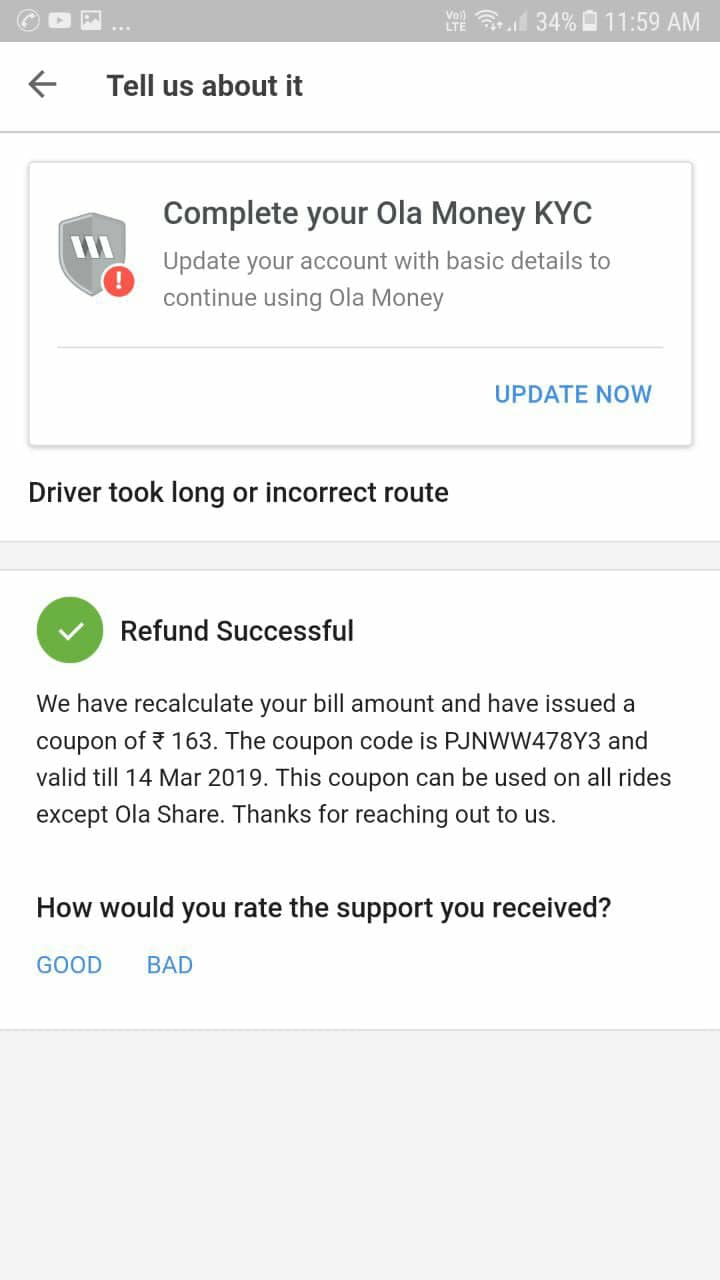 To make Priya silent the OLA Agency also sent her refund coupon which is worth Rs.163 which Priya reports no OLA driver would accept it as a pay and in the end it will only expire. And she also worries that she cannot face physical harassment for the refund they are providing.