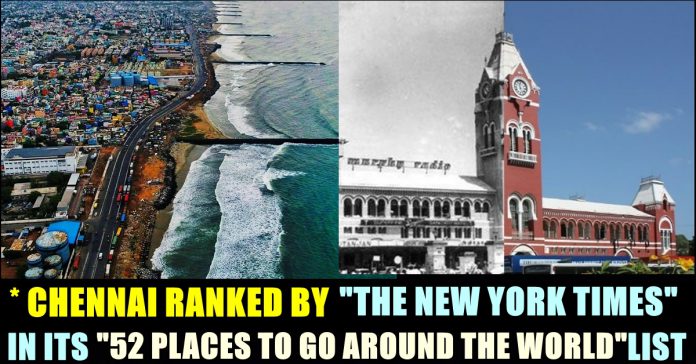 Ah, Chennai! One of the most famous and infamous cities of South India. You may know Chennai as so many things. For some it’s one of the hottest, most humid, most intolerable cities while for others,it’s home, it’s safety and it’s freedom. No matter what you may know Chennai for, it is undoubtedly one of the most important cities in India. Whether you’ve lived here or not, here are some facts you mostly don’t know about Chennai.

23. It has the second longest beach in the world (Marina

22. It has one of the oldest engineering and medical

colleges in the world.

21. The Vandalur Zoo in Chennai was the first in India and

one of the largest in South Asia.

19. The Cooum River used to be a source of transportation

only a few years ago.

17. Chennai has the second largest number of theatres in

India, second only to Mumbai.

16. Chennai is the birth place of South Indian cinema.

15. It’s the automobile hub of India.

14. Chennai has been voted one of the safest cities to live in

13. Chennai is one of the best places for post-production

12. It has one of the best planned bus transportation routes

in Chennai through Koyambedu.

10. Chennai is India’s fourth largest city in terms of space.

9. Chennai employs the second largest number of people in

8. It was earlier known as Madrasapatnam.

7. Tidal Park, an IT Park in Chennai, is one of the largest IT

the oldest in India.

5. The Anna Centenary Library is the largest in Asia.

4. Chennai is the second leading exporter of information

technology and BPO services in India.

3. Chennai was ranked No. 1 in Health facilities in Health

1. Chennai is the only city in South Asia and India to figure